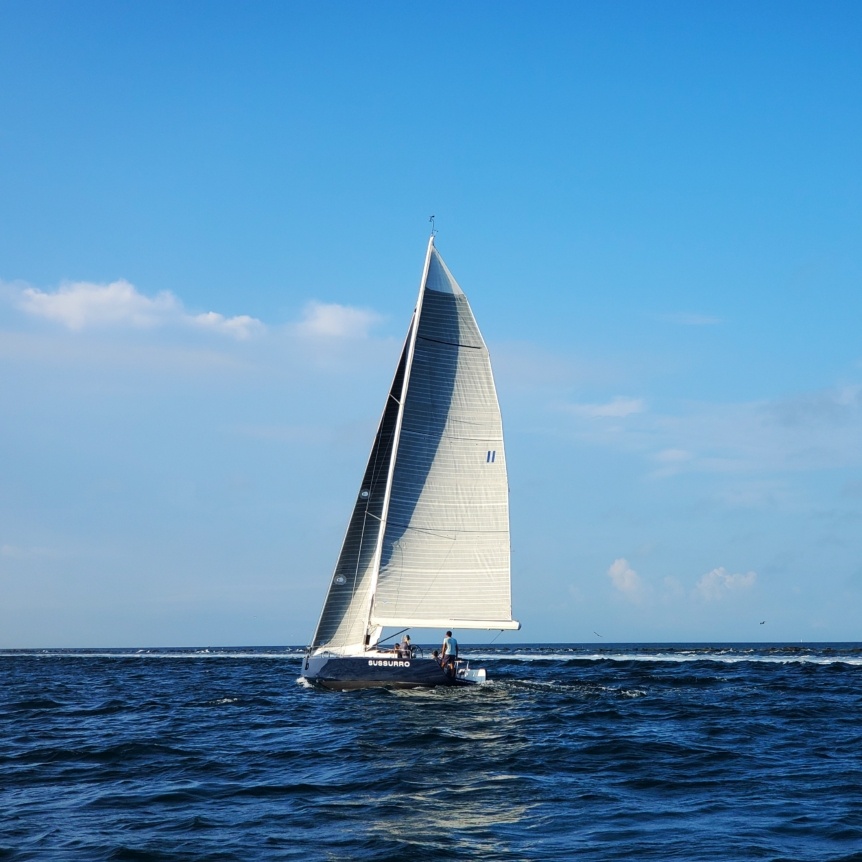 So, What is a Keelboat?

A keelboat has a keel, a fixed appendage on the bottom of the hull that provides the sideways resistance needed to counter the force of the wind on the sails. The keel also carries ballast, usually iron or lead, the weight of which counteracts the force of the wind that causes a sailboat to heel, or lean over. On a modern boat, the keel is shaped in the form of an airfoil wing to generate lift, which helps it sail closer to the wind.

It is important to understand that not all sailboats are keelboats. In a typical marina it may appear as if all boats are generally alike but there are differences.

What is a Sailing Dinghy

Sailing dinghies are in abundance especially during the summer months when sailing schools have large groups of young sailors on the water.  A dinghy is a small sailboat, usually under 20 feet long and open for most of its length. A dinghy has neither a keel nor ballast. To resist sideways movement it has a centerboard or a daggerboard that can be lowered or raised as needed. A centerboard pivots up and down within its trunk; a daggerboard slides up and down vertically. To resist heeling, sailing dinghies use live ballast — the crew sitting out on the edge of the boat.

What is a Multihull

Multihulls are boats with more than one hull, and have their origins in the craft used by indigenous Pacific Islanders. Their distant descendants, modern catamarans (two hulls) and trimarans (three hulls), can be very fast or very roomy, depending on whether they have been designed for speed or comfort.

The Difference Between a Monohull and a Multihull?