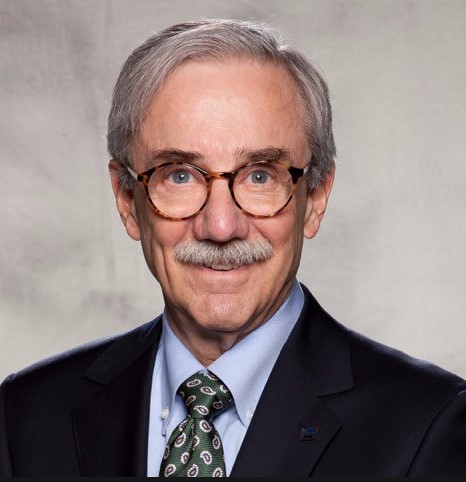 ASA Founder and Chairman Lenny Shabes and President Cindy Shabes, with profound sadness and deep regret, want to inform all members of the American Sailing family and the American Sailing Association that a good and dear friend, Board Member, and shareholder of ASA, Retired Naval Captain Michael Pandzik has passed away at age 77 on 7 Nov 2022 in Kansas City, Kansas. “Michael was a stalwart supporter of American Sailing. He brought organization, integrity, and professionalism to our Board. He was also a board member of C-Span, HBO, and founder of a six billion dollar television cable television co-operative. He was very proud of his ASA 101 Certification which he earned exactly seven weeks shy of his 70th birthday. Michael was a mentor and a great friend, but most of all he was an honest and warm man whom all of us will deeply miss.”

Michael L. Pandzik was born in Corpus Christi, Texas, on 25 Aug 1945. The son of a U.S. Navy officer, Michael and his siblings traveled across the United States until finally settling in Beatrice, Nebraska, where he graduated from Beatrice High School in 1963. He then went on to the University of Nebraska in Lincoln, but, miserable as a student, Michael dropped out after three years and found work in May 1966 at the Lincoln Telephone and Telegraph Company as a tree trimmer. With cold weather approaching, Michael thought that climbing telephone poles like a lumberjack in winter with an axe, ladder, rope, and chainsaw to cut farmers’ trees back away from telephone wires, might not be the best place to be. After Labor Day, he walked into the local public television station KUON-TV in Lincoln seeking a job. They asked, “Can you operate a TV camera?”. Michael said, “Sure, I can!”, and began his career in television as a cameraman on a mobile TV news unit. Michael had never before even seen a television camera, but by 1968 he was meeting and filming interviews with presidential candidates Hubert Humphrey, Robert Kennedy, and Richard Nixon.

In 1969, he went back to college, finished his Bachelor’s degree in Speech and Drama, got married, and moved to New York City to work at a theatrical lighting company, then decided to get back into the TV business. He applied to graduate school, did a two-year Master’s degree in Radio, Television, and Film at the William Allen White School of Journalism at the University of Kansas, and along the way, he heard about something new called “cable TV”. In early 1972, Michael went to work at Sunflower Cablevision in Lawrence, Kansas. But, at a time when people could hook up wire coat hangers into the back of a television and receive a dozen channels, broadcast from Kansas City thirty miles away for free, the timing was not yet right for people to pay for television programming. So, in 1974, Michael accepted another job with Hallmark in Kansas City as a TV director.

Eventually, in 1978, while working as manager of the visual communications department at B.F. Goodrich Tires in Akron, Ohio, Michael read an ad in the Wall Street Journal that HBO needed somebody to open and run a regional office in Kansas City. He was one of 500 applicants for the job, but he persisted through 14 formal interviews, three with the president of the company, and got it. Within three months, he was promoted to regional manager. When he was moved back to New York City by HBO in 1983 to work in new business development, Michael’s regional office in Kansas City had become the seventh biggest company, in terms of revenue, in the state.

Then, seventeen months later, Michael was lured away from HBO by the fledgling Mid-America Cable Television Association which recruited him specifically to return to Kansas City to level the playing field for smaller cable operators who started the business in the Plains States. Too small to take advantage of the volume discounts that HBO gave to operators with millions of subscribers, Mid-America was tired of seeing all the money in the industry tilt back East to New York City and out West to Los Angeles while “Mom and Pop” cable operators in Middle America were paying full price and had to bill higher rates for programming from HBO and other companies to their subscribers in small towns and rural communities “who work hard all day then prop up their feet at night to watch television through their toes”. It was a problem that needed resolution and Michael wanted to resolve it.

At quarterly board meetings of the Mid-America Cable Television Association, at the dinners that followed their meetings, and at the poker games in hotel rooms that followed their dinners, the strategy of cable operators using group purchasing methods by pooling their subscriber numbers to qualify for volume discounts at the wholesale level for satellite-delivered programming began to take form. At 3 pm on 17 Oct 1984, the first formative meeting of the renamed Mid-America Cable Television Cooperative, later renamed again as the NCTC National Cable Television Cooperative, to signal aspirations beyond the Plains States, was held. Of the thirty-odd small cable companies at the meeting, a dozen of them, with a combined total of 110,000 cable subscribers, each pitched in $10,000 to $15,000. With this $165,000 in seed money and a set of Bylaws, Michael set up his living room as his office and his kitchen as a conference room and got down to work as the founding CEO of NCTC.

At one point in the spring of 1986, there was only about $7000 of the original $165,000 seed money remaining. Another Board-approved infusion of $40,000 and deals with the Christian Broadcasting Network, the Family Channel, and the Weather Channel, were enough to turn the corner by the summer and set NCTC on its way. By the time Michael retired as CEO of NCTC in September 2005, after twenty years at the helm, NCTC had grown to become the fifth largest cable company in America, representing 700 small and mid-sized cable operators across the country, to give them more bargaining power in joint negotiations with programmers. “I have always had a natural empathy for the little guy. It’s a uniquely American trait, I think”, Michael mused in a 1999 interview.

Michael was a life-long learner. After obtaining his ASA 101 Certification in July 2015, he completed training as an Emergency Medical Responder. Among Michael’s other passions were motorcycles and travel. In the summer of 2020, he wrote that “I have been riding motorcycles since I was 16. When I was younger, I thought I would ride until age 60, but I will turn 75 in a few weeks! This is my fifth year of the DGR Distinguished Gentleman’s Ride and I will ride it this year with my daughter, Emily, in the solo event here in Kansas City.” He was stationed in more than 70 countries during his 24 years as a Naval Reserve Officer, and after retiring from NCTC, Michael and his wife of 21 years, Cary, traveled worldwide until his health declined after four bouts of cancer.

There are similarities in structure and sentiment between NCTC and ASA, both founded around the same time. As ASA enters its fortieth anniversary year, now without Michael Pandzik, we can still remember his final words to his family and friends: “Death comes to all of us, as naturally as being born, and living a full life. I am confident that we will see each other again one day. Until then, be kind to strangers and treat immigrants in the way that you want to be treated. Set a good example and never give up. Love your family and friends. Be good to each other, always.”