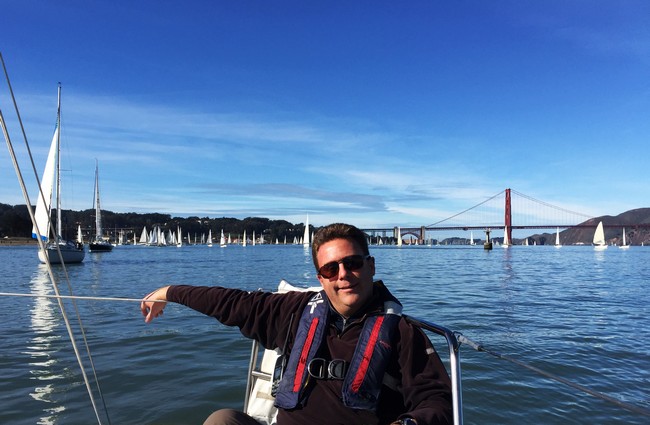 Captain Leigh Hunt of Modern Sailing shares his passion for sailing with students at Modern Sailing in Sausalito, California.  His sailing paradise is one of the most challenging spots to sail with the currents, wind, and weather of the San Francisco Bay area. He does it all with a smile.

Leigh Hunt of Modern Sailing is this month’s Featured Instructor.

I was attracted by the idea of sailing in tropical locations. I’d like the scenes in movies of people sailing in Paradise, and I wanted to be able to do it myself. I sought out a local sailing school and enrolled, and the journey started

I have had many memorable sailing trips and sailing courses, so choosing one is tough. One that really stands out was an ASA 106 that I did a few years ago. I love the advanced courses as they are focused on learning via taking a trip together. This group was a fantastic example of a crew gelling. The students all lived locally; on their own they did a bareboat charter together to get to know each other prior to the multi-day class. On the course the instruction was easy because they were already operating as a team. The fall weather was beautiful, so the multi-day trip was like a luxury vacation. The provisions included lobster tails and ribeye steaks for the grill. On this trip we saw two humpback whales breech in Drake’s Bay off the California Coast. I think that trip may have been a sailing highlight for all aboard!

Greece is my favorite sailing destination. The culture and history combined with the varied cruising grounds make it a place I could never tire of.

How accessible it is. The cost of renting a sailboat is very comparable to a day of golfing. Sailing Clubs like ours often have various ways to get people out on the water… Club Sails, crew lists, etc. Sailors are generally warm and welcoming. They want to share their passion.

I feel sailing is the ultimate mind and body activity. Mastery requires understanding the theory and combining it with feel, building competency through learning by doing. It is a fantastic presence activity; you disconnect from all other concerns and focus on the boat and the wind.

It is a fantastic confidence booster. You can learn to be a confident skipper with a modest time investment and you open a whole new world! From taking friends and family out on a day sail, to exploring some of the most beautiful locations in the world via sailboat. 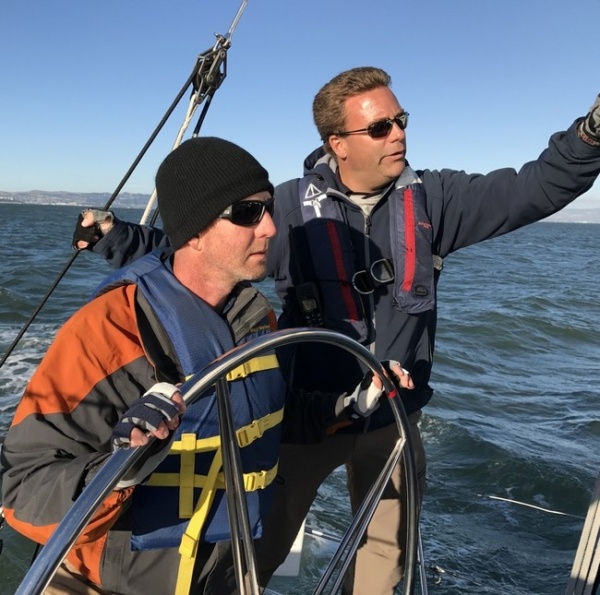