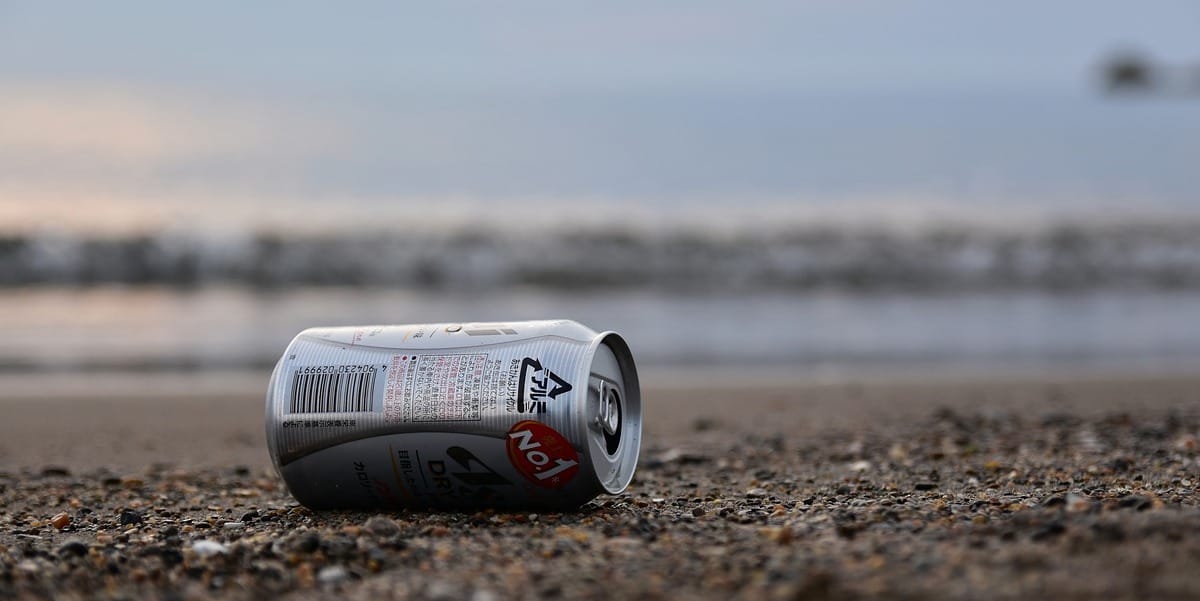 Scenario: You crack open a cold one after a long day of sailing. Your buddy Jim finishes his first beer (rather quickly) and tosses the can overboard. When prodded about the environment, he confidently responds, “It’s just metal- it will break down naturally.” A debate starts, and you want it to stop so you can enjoy the sunset and your beverage in peace. Does Jim have a point?

Back in the 1930s when designers were tinkering with how to can beer, they kept encountering a problem: the beer reacted quickly with metal, causing an unpleasant “skunky” taste. The American Can Company reached out to a chemical manufacturer to produce a liner that would not disrupt the brew. The coating, called “Vinylite,” was trademarked with the name “Keglined” in 1934 and was a huge success. Vinylite is a polymer cousin of polyvinyl chloride, commonly known as PVC.

Day-ruiner alert: This means that every canned beverage you have ever purchased is lined with plastic.

To make matters worse, the inks used to label and decorate cans are toxic and leach into the water. Many cans also have a very thin plastic exterior lining. This throws a major wrench in Jim’s argument.

To cut the debate short, you can simply tell the “Jims” of the world that they are breaking maritime law: It is illegal under MARPOL regulations to throw any plastic in the ocean out of a boat, so beer cans are out. If you are racing, tossing your cans may jeopardize your chance of bringing home the trophy. The International Sailing Federation’s Racing Rules of Sailing states very plainly: “a competitor shall not intentionally put trash in the water.”

Even if aluminum cans were pure metal (which, again, they are not), there is a deeper environmental case to consider: why toss perfectly good metal into Davey Jones’ Locker when there is plenty more canned beer to be made?

Aluminum is one of the easiest materials out there to recycle as it requires a very small amount of energy to process. (The plastic liner is burned off and the toxic fumes are captured.) If we can make the most of what we have and prevent future mining, why wouldn’t we? Saving energy and resources is always a win for the ocean.

Does this mean that you should put a moratorium on your post-sail ritual? Not exactly. Just bring along a reusable bag to store your empties until you get to the blue bin. And don’t hesitate to politely inform Jim about what’s hiding in his tall boy.

Thank you for this article and the factual info. Please keep educating us boaters about how to respect the environment and do what’s right.

He is definitely misinformed, all aluminum cans are lined with a plastic film the ends up in the ocean environment!

What? No more beer can racing?