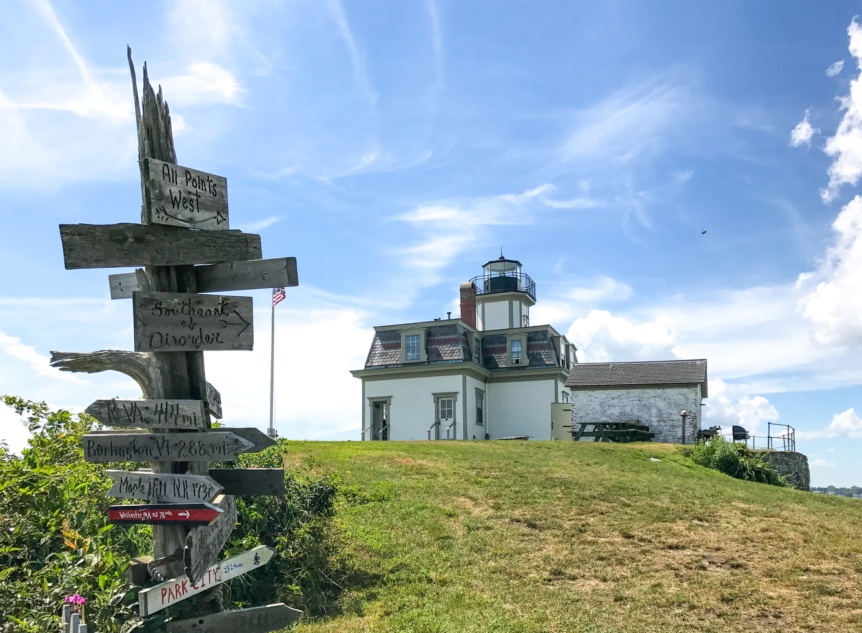 Newport is a not just a fantastic home port for your at-sea adventure aboard the sailing yacht Arabella: it’s also perfectly positioned for exploring the rest of the Ocean State.

Located on the southern tip of Aquidneck Island in the heart of Narragansett Bay, Newport is like the center of a compass pointing in all directions toward Rhode Island’s diverse attractions. To the north is Providence, the state capital and arts hub; south is Block Island, called one of the Last Great Places on Earth by the Nature Conservancy. Head west to find the beaches of South County, or east to the classic New England coastal communities of Little Compton and Tiverton.

When you’re ready to shake out your sea legs and do some sightseeing, here’s some of the best that Rhode Island has to offer:

In a sense all of the city of Providence, located at the head of Narragansett Bay, is a canvas for the arts: you can’t miss the building-sized murals curated into a Downcity walking tour by the Avenue Concept. The Providence-based Rhode Island School of Design is one of the top art schools in the country, and the RISD Museum houses a broad collection of art and design treasures from across time and different media.

The Providence Art Club, founded in 1880, was the first art club in the U.S. open to women and has free public galleries. And check the calendar to see when Barnaby Evans’ epic public art installation, Waterfire, is being staged: an etherial blend of music and wood-filled braziers burning over Providence’s rivers is an unforgettable experience (and one of the 100 Things to Do in Rhode Island Before You Die).

The American Industrial Revolution was born at Slater Mill in Pawtucket, where Samuel Slater founded the first successful textile mill in 1793. Powered by the Blackstone River, the mill is a National Historical Park and open for tours, and visitors can trace the course of the river from Providence to Woonsocket on the Blackstone River Bikeway, paralleled in parts by the remnants of the Blackstone Canal, opened in 1828 to carry goods between Worcester, Mass., and Narragansett Bay. The north end of the 18.2-mile bike path is close to Woonsocket’s Museum of Work and Culture, which tells the story of the immigrants — many of them French Canadians —who worked in Rhode Island’s mills in the 19th and early 20th centuries.

Greenwich Bay is a popular destination and mooring for sailors plying the sheltered waters of Rhode Island; tie up or dingy in to enjoy seafood and live music at East Greenwich’s lively marina bars, including Finn’s Harborside, BLU on the Water, and McKinley’s Pub. It’s a short walk uphill to East Greenwich historic main street, where you’ll find boutique shopping, museums, fine dining, and a lively street scene.

Founded in the mid 17th century, Wickford is another favorite destination for mariners who can stroll the compact downtown shopping area, get a meal at the excellent Tavern by the Sea. Step back in time on waterfront streets filled with former sea captain’s homes and historic churches — the town is one of the best preserved colonial seaports in the country.

The towers of Narragansett’s landmark Casino building span Ocean Road and provide a gateway to a beach town whose past included a touch of Gilded Age glory but today is known for its lively beach scene and surfing along the seawall of Narragansett Pier. Boaters also can follow the tidal waters of the Narrow River six miles inland, although many prefer to make the trip via kayak or canoe.

Nobody will deny that Newport has beautiful beaches, but Rhode Islanders tend to leave the beaches of Aquidneck Island to the tourists and instead flock to the shore in South County, where you’ll find seven state beaches scattered along the shoreline in Narragansett, South Kingstown, Charlestown, and Westerly. For swimming and surf, head to East Matunuck or Scarborough; Misquamicut is a popular family destination thanks to its small amusement park and drive-in movie, but also has beach bars and restaurants. Beach camping is available at East Beach and Charlestown Breachway State Beach.

Westerly’s charming mid-century downtown, built alongside the Pawcatuck River, is home to a popping arts scene thanks to the newly revitalized United Theatre, which blends performance and cinema spaces. Just around the corner is the Knickerbocker Cafe, a stop spot for live music. At the southwestern corner of Rhode Island you’ll find Watch Hill, a Victorian summer colony with a vintage carousel and the elegant Ocean House resort.

The East Bay towns of Bristol and Warren are whistle stops along the East Bay Bike Path, which follows the route of the former Providence, Warren and Bristol Railroad, and also can be reached via a short sail from Newport via the East Passage of Narragansett Bay. Both have attractive downtown areas worthy of a stroll: Warren is known for its antique stores and excellent dining scene (try Bywater for fancy seafood, Blount Clam Shack for a casual meal); boating history fans will love Bristol for its Herreschoff Marine Museum, which collects the wooden boats and yachts designed by the “Wizard of Bristol,” Nathanael Green Herreshoff, and his brother John.

Discover rural New England in this pair of coastal communities where farms and villages have not yet yielded to condos and McMansions. Tiverton Four Corners is a delightful country crossroads where visitors can stop for ice cream, a quick bite, or tour local art galleries. Little Compton’s Commons is a classic New England village green with a historic church whose graveyard includes the final resting place of the first European woman born in America. End the day with a glass of wine amid the vines at Carolyn’s Sakonnet Vineyards.

The Islands of Narragansett Bay

Newport shares Aquidneck Island with the towns of Middletown and Portsmouth; take the drive north up Route 138 or Route 114 to discover sights like Newport Vineyards and Taproot Brewery, the Green Animals Topiary Gardens, Ragged Island Brewing Company, and Glen Farm, site of the Newport International Polo Series. Just one bridge west of Newport is Conanicut Island, which has a pretty little piece of small-town America in the village of Jamestown and the spectacular Beavertail Lighthouse, guarding the bay from a wave-smashed promontory facing the open ocean. Quiet Prudence Island can only be reached by boat (private, or the ferry from Bristol) but is worth a visit to bike and hike around and explore for a day.

Vintage Victorian hotels and great beaches make Block Island a popular summer destination — taking the ferry from the port of Galilee is a cherished Rhode Island family tradition, although the crossing can by made by powerboat or sailboat, too. Once on island, visitors can rent bikes or mopeds to tour the hilly, mostly car-free roads leading to a pair of lighthouses, the imposing Mohegan Bluffs, and miles of hiking trails maintained by the Nature Conservancy.

Book a Cabin on Arabella