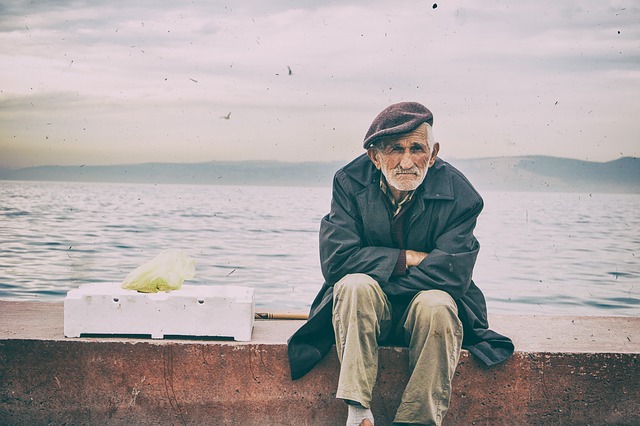 Mal de mer is another way to say “seasickness.” It’s a particular kind of motion sickness that afflicts people traveling by water, and it causes dizziness and nausea (a word that actually means “seasickness” in Greek). Mal de mer is brought on by the rocking motion of a boat on the waves — although not everyone is affected by it. In French, mal means “bad” or “sick” and mer means “sea.” – Vocabulary.com

I still carry around a plastic bag to catch the remnants of motion sickness. I have a son that would suffer from seasickness on the way to the boat and then on the boat.  Each and every time we went sailing.

He got better. Soon it turned to every other time and then to once in four times and now it rarely happens.  He is 17 and he grew up sailing.

You might ask, “Why did you keep sailing if it made him sick?”

Try these helpful hints and don’t let seasickness keep you from sailing.

The National Oceanic and Atmospheric Service (NOAA) define Seasickness as:

“Seasickness is a result of a conflict in the inner ear, where the human balance mechanism resides and is caused by a vessel’s erratic motion on the water.”

“You get motion sickness when there are conflicts among your senses.”

“Seasickness is the result of a complex physiological reaction to motion, it is a mismatch of information sent to the brain from the eyes, inner ear, and sensory nerves, such as in the feet.”

Personally, I define seasickness as a conflict between my stomach and my body. Sure, some biology and chemistry make me feel sick but the issue seems to be some triggering effect that makes my stomach go haywire.    It is not always a boat that is rolling around on confused seas.

My worse case of seasickness came on a SCUBA diving boat when the exhaust from the engine seemed to make me quite ill. Another case was while on a boat in the Florida Keys, the steering failed and we were forced to float around adrift for 3 hours.  My last noticeable encounter with seasickness came after a long day on Jost Van Dyke in the British Virgin Islands. That one may be the result of a few too many Painkillers at the Soggy Dollar Bar.

How do you Prevent Seasickness?

Medicate – Plenty of sailors avoid seasickness by taking over-the-counter medications. Consider Dramamine or Bonine(Meclizine). Dramamine is an over-the-counter medication that is widely available.  Read the instructions for dosage but it typically requires you to take the medication before you step off the dock. Meclizine is used to treat or prevent nausea, vomiting, and dizziness caused by motion sickness.

Wear a Patch – Scopolamine is a prescription drug and works to combat the effects on the chemistry of the inner ear and motion sickness. These typically last longer than the pills.

Fresh Air – Get out of the cabin and get some fresh air.  So often people begin to feel the effects of the moti0n and quickly retire to their bunk. Bad idea, the rolling only gets worse down below and soon you are face to face with the demon that is the green monster of seasickness.

Watch the Horizon – Does this work? Plenty of sailors including myself believe so and the soothing feeling of staring into the distance as well as the fixation on a steady point seems to have a positive effect on your stomach.

Eat – This is tricky but you want to have something in your belly before the seas pick up. Crackers, pretzels, or nuts seem to do the trick just fine.  We have peanut butter sandwiches on hand to keep just a tiny bit in our stomachs but not enough to ruin dinner.

Don’t let seasickness ruin your ability to enjoy sailing. There are plenty of seasoned sailors who started out with complications from motion sickness and they have earned their sea legs.

A help that was not mentioned is to be near the center of the vessel when underway, as that area has the least motion. Worst place is at the bow!