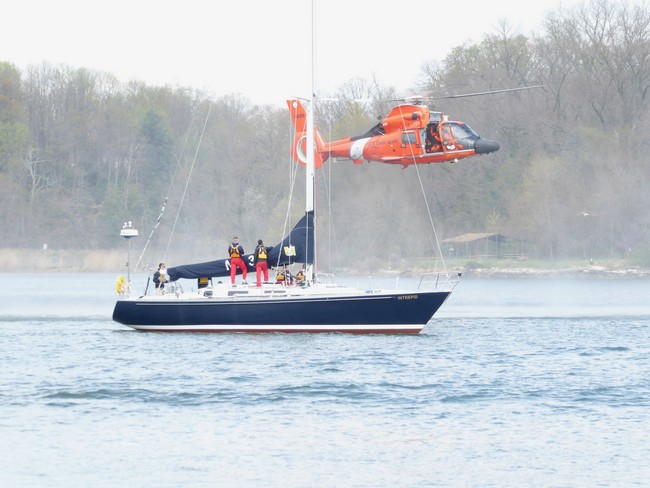 A central facet of risk management is prevention. As the old navy expression states so well, “The price of safety is eternal vigilance.” Our own actions prevent dangers from becoming disasters. By keeping concerns over safety foremost in our minds, most emergencies can be averted. While this may not match the romantic vision of cruising, it is a stark reality. The following shipboard routines in the name of safety can provide a satisfying rhythm to passage making.

The four basic rules of preparation, are addressed throughout the chapters of Advanced Cruisining & Seamanship:

Other serious problems are generally not immediately life-threatening and are often not made dramatically worse by the brief passage of time. Nonetheless, preparing for problems such as running aground, minor injuries or illness, broken gear and rigging, engine troubles, electrical problems, and navigation difficulties is prudent.

In addition, there are challenges brought on by weather, seasickness, hypothermia, and heat stroke, to name a few.

Fire is the most serious of emergencies at sea. An uncontrolled fire can spread quickly, burning the boat and all onboard. Preventing a fire is paramount.

To prepare for a flooding emergency, test manual and automatic bilge pumps regularly and keep the bilge clean so pumps won’t clog. Also, secure soft wood plugs on lanyards near each thru-hull fitting. If a thru-hull or hose fails the plug can stop the leak.

Nothing shatters the composure of a crew like a cry of “Man Overboard!” In a situation that screams out for panic, your preparation and practice will provide the confidence and the composure necessary to complete a rescue.

Successful rescue of a man overboard (MOB) has five steps:

Tip: If you are under power when the crew goes overboard, stay under power. If you are under sail, stay under sail until you are sure it’s safe to engage your engine and propellor. Cut the engine when approaching the MOB. Stop the boat well before reaching the MOB and move it toward them with short bursts in forward gear. Engage neutral for the recovery. Make sure no lines are in the water to snag the propeller.