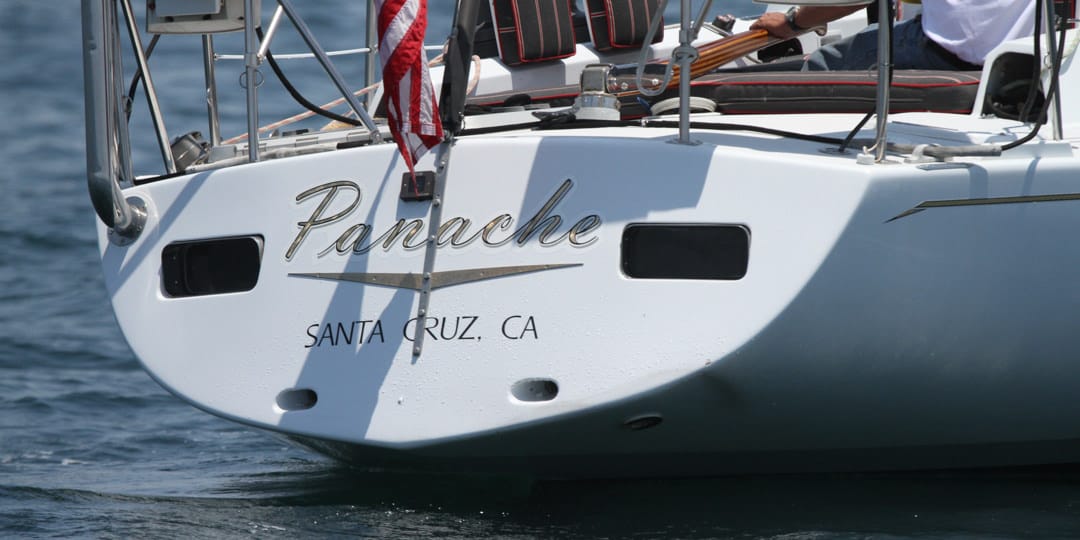 We look back into the archives at ASA (Looking back to August 2017) and this gem on boat names? What is the name of your boat? What would you name your boat? Do boat names matter? Let us know.

One of the cool things about sailing is that there are these age-old traditions just humming along in the background. There is the particular language that continues to be passed along. There are superstitions that are fading in terms of adherence but they too are also passed along like folklore. Then there is the naming of boats, which is still just as important as it ever was. Boats have names and this gives us compassion and a human-like respect for them. A name may act as a heartfelt living memorial for a deceased loved one or, on the other hand, maybe a message to all that you won the boat in a poker game. Either way, the boat will have a name because thems the rules.

If you buy a brand new boat and it’s unnamed that’s great. In the excitement of having this fantastic new member of the family, you’ll think of all the possibilities. Your grandmother’s name was “Lydia” and that’s a beautiful name for a sailboat. Your spouse reminds you that Lydia was something of a tyrant and you change your mind about naming the boat Lydia. You change course and feel you want to be clever like some of the names you’ve seen – “Seas the Day“, “Breakin’ Wind“, “Knot so Fast“. Days of deep thought ensue and you come to the realization that you’re not a very clever person so you decide on another route. You’ll name the boat after a moment in your life that inspired you to this point. Your buddy has a boat called “Dun Diggin’” because he is a retired excavator. You’re an accountant so you think “Arthritis Hands” might be okay but again your spouse reels you back in. In the end you go for a saying that you have lived by: “Never a Care.” You feel the boat is a culmination of your life to this point and that name represents your philosophy and who you are as a person. 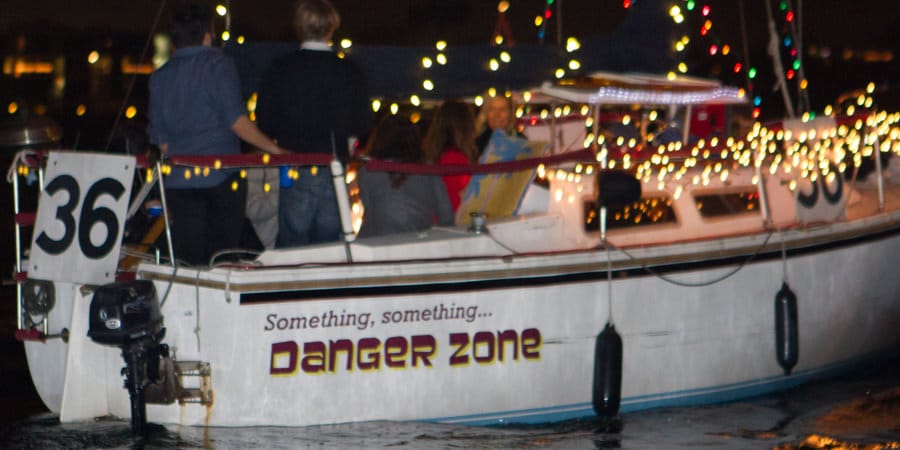 This brings us to our next important point about naming boats. Always be very cognizant that you will be stating this name over the public airwaves of a VHF radio audience and that could be in an emergency situation. So let’s try out your name in context.

The Coast Guard will be coming to help, no doubt, but the eight people in the dispatch room just suppressed laughter at the irony of it all. There are five boats in your vicinity that are also laughing. Does it really matter? No, but why feel like your working out comedy material at an open mike night when you are in serious trouble on the ocean?

Source: Top 10 Boat Names By Year from Boat US

Another aspect of the whole naming thing is when you buy a used boat and it comes with a name that has nothing to do with your life. It’s a lovely Catalina 36 but it’s called “Old and Gray” and you’re 30. So now here’s the dilemma – maritime folklore says you must go through a ceremony to rename the boat or it’s bad luck.

Renaming rituals can be a little crazy. Some involve taking the boat out of the water and using red wine to represent the blood of virgins and there’s some urine involved in some instances… it’s upsetting. At the very least you can do some of the bigger bullet points and negotiate with the Gods on your on time – that should work.

All in all, naming is important because it is essentially indelible, so try not to pick something that will forever have to be explained or something that will make future guests cringe. Also don’t pick a name that others will misunderstand through the low fidelity of VHF equipment – if your name is Jake and you think Jake and Water is kind of cool, know that someone might think your “taking on water” and go to great lengths to find you.

So that’s the deal. Keep these basic ideas in mind so your boat name will evoke good feelings from you, your family and all who come in contact with her.