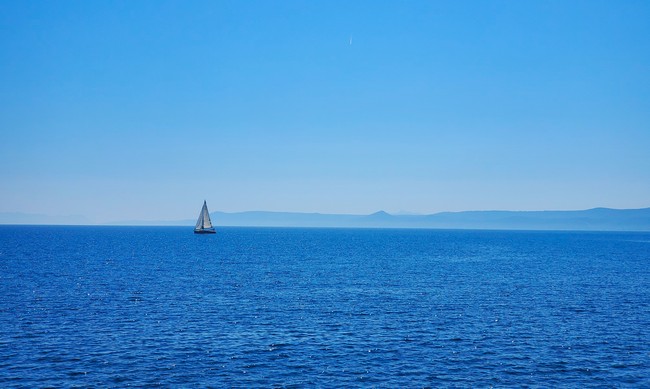 We all know that most of our planet is covered by an ocean. Often referred to as the world ocean this massive body of water covers upwards of 70% of the surface of the earth.   While most of us have that fact in our arsenal of tidbits to talk about at dinner parties the ocean is a much more fascinating place.

On World Ocean Day, June 8th, we share a few more interesting and significant facts about the ocean that we as sailors love to enjoy and are responsible for. After all, if the ocean does not have allies in sailors who else will step up and protect this vast resource?

The Ocean Facts that you need to know:

The area of the Bearing sea is home to three massive canyons: Three exceptionally large and long submarine canyons — Bering, Pribilof, and Zhemchug — incise the continental slope underlying the southeastern Bering Sea. Bering Canyon, the world’s longest known slope valley, is approximately 400 km long and has a volume of 4,300 km3. The volume of Pribilof Canyon is 1,300 km3 and that of Zhemchug is 8,500 km3; Zhemchug Canyon may well be the world’s largest slope valley; most other large submarine canyons have volumes less than 500 km3.  – Marine Geology Volume 8, Issues 3–4, April 1970, Pages 187-210

Ocean life comprises of 94% of all life on earth.  This staggering fact is critical to the importance of the conservation of the world’s ocean resources.   While we are familiar with whales sharks, dolphins, and sea turtles about 226,000 marine species have been identified and described to date. Researchers estimate that the ocean may be home to 700,000 marine species, and likely not more than a million. –   UNESCO Ocean life: the marine Age of Discovery

The Mid Atlantic Ridge is the longest mountain range on earth at over 40,000 miles long.  The Mid-Atlantic Ridge (MAR) is a massive underwater mountain range, 1,700 to 4,200 meters (1 to 2.6 miles) below sea level, that runs from the Arctic Ocean to the Southern Ocean. It is a hot spot for hydrothermal vents, which provide habitat for unique species that could provide insight into the origins of life on Earth.  –  The Mid-Atlantic Ridge: Underwater mountains and hydrothermal vent zones are home to distinctive species and valuable minerals – January 10, 2018

The ocean is blue but the water is not. The ocean is blue because water absorbs colors in the red part of the light spectrum. Like a filter, this leaves behind colors in the blue part of the light spectrum for us to see. The ocean may also take on green, red, or other hues as light bounces off of floating sediments and particles in the water. Most of the ocean, however, is completely dark. Hardly any light penetrates deeper than 656 feet, and no light penetrates deeper than 3,280 feet. – Why is the ocean blue? National Ocean Service

Trash accumulates in five ocean garbage patches, the largest one being the Great Pacific Garbage Patch. – The Ocean Clean Up