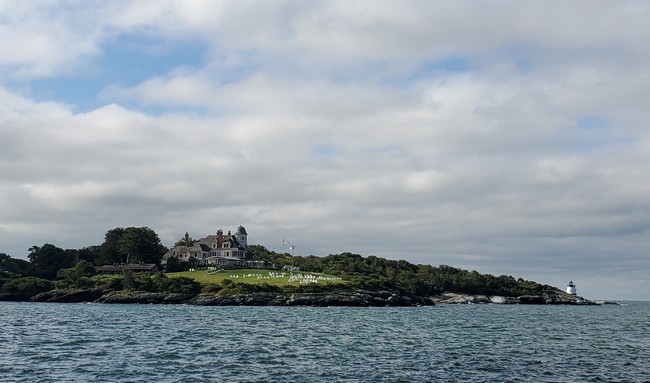 Writer and Editor, Bob Curley, is a Rhode Island Expert who offers up some tips for your visit to New Port, Rhode Island.

Don’t let the mansions and the parade of summer visitors trolling the boutique shops of Thames Street fool you: Newport, R.I., is first and foremost a sailing town, and that’s been the case since the city was founded in 1639. The city is synonymous with 12-meter yacht racing, with the Newport-based New York Yacht Club holding an unsurpassed 25 America’s Cup titles. The annual Newport Bermuda Race remains one of the nation’s top ocean races. If you love sailing, this is a town you’ll want to take time to explore either before or after your ASA Grand Tour aboard Arabella.

Newport visitors can enjoy a variety of attractions that reflect Newport’s seagoing heritage. One of the best of these is also the newest: The Sailing Museum, housed in the former Newport Armory building, has interactive exhibits focused on the fundamentals of sailing, competition, and sailing history. The museum also incorporates the National Sailing Hall of Fame and America’s Cup Hall of Fame.

The Clark Cooke House on Bannister’s Wharf was a hangout for America’s Cup champion Dennis Conner and his crew in the 1970s and 1980s and continues to be a magnet for local and visiting sailors. Newport’s saltiest bar, however, is the International Yacht and Athletic Club (IYAC) on lower Thames Street. Also in the neighborhood is the IRYS School of Technology and Trades, one of the top teaching schools for the maritime trades in the U.S., where students get hands-on experience and education on boatbuilding and restoration.

Feeling the call of the sea again? Get in touch with sailing history with a charter cruise aboard an America’s Cup-winning yacht like the two-time (1967 and 1970) champion Intrepid and the wood-hulled 1962 winner Weatherly!, or climb aboard the Rumrunner II, a high-powered motor yacht used to smuggle booze during Prohibition. Local environmental group Save the Bay also runs seal-watching cruises in Narragansett Bay.

The Victorian-era mansions on Bellevue Avenue remain Newport’s most famous visitor attractions, even more than ever now that they are featured as filming locations for HBO’s popular period drama, The Gilded Age. The opulent “summer cottages” owned by the Vanderbilts and Astors are now museum houses that can be experienced on guided tours. Other museums come in pairs: two focusing on fine and popular art, respectively (The Newport Art Museum and The National Museum of American Illustration), and a pair of car museums (The Audrain Automobile Museum on Bellevue Avenue and the Newport Car Museum in nearby Portsmouth).

The Museum of Newport History offers walking tours of Easton’s Point, a neighborhood founded by Quakers and virtually unchanged since the Colonial era. Newport’s 10-mile Ocean Drive can be enjoyed by car or bike: the coastal loop leads past opulent homes, stretches of wave-pounded rocky coastline, and around Brenton Point, where you can stop and enjoy the popular local pursuit of kite-flying on the grounds of a now-ruined grand estate. Plan a stop at lesser-known King’s Beach to get some sea spray in your face before pausing at the Castle Hill Inn for drinks on the boutique hotel’s oceanfront lawn — a summer tradition in Newport for generations.

Biking isn’t the only way to get active in Newport: Rail Explorers offers family-friendly excursions on an abandoned rail line alongside Narragansett Bay via pedal-powered vehicles that ride on railroad tracks. Tennis fans can combine a visit to the International Tennis Hall of Fame with a match on the historic grass courts of the Newport Casino, and Newport’s beaches are popular for surfing as well as sunning.

Twin lobster rolls are the house specialty at the snack bar at Easton’s Beach, a casual dining option alongside nearby Flo’s Clam Shack. Seafood, of course, dominates many a menu in Newport, notably at waterfront restaurants like The Mooring, The Reef, and At the Deck on Waits Wharf. But you can also mix it up with a prime steak at 22 Bowens Wine Bar & Grill, burritos and spicy margaritas at Diego’s, ramen at Yagi Noodles on Thames Street, or authentic Jamaican dining at Humming Bird.