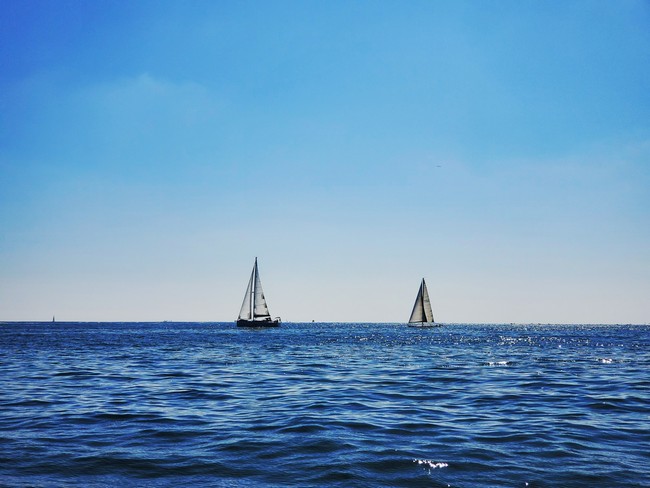 When we step on a sailboat we often overlook that the bodies of water that we use to enjoy our sailing lifestyle are vital.  The health of our oceans and lakes can seem like an afterthought when we glide across the surface and rarely think about what lies beneath.  The truth is that all of us who embrace sailing as part of our identity have a responsibility to do our part to ensure that these vast bodies of water are healthy for generations to come.

We all encounter plastic pollution regularly, and some personal involvement in conservation, awareness, and environmental advocacy goes a long way.

Take a look at 8 organizations that offer a way for sailors to get involved in helping the world’s ocean.

Sailors for the Sea

Sailors for the Sea was co-founded in 2004 by David Rockefeller, Jr. and Dr. David Treadway, two avid sailors who recognized the importance of educating and activating this constituency of ocean enthusiasts. In 2018, Sailors for the Sea joined forces with Oceana, the largest international advocacy organization dedicated solely to ocean conservation.

SeaLegacy was co-founded in 2014 by Cristina Mittermeier, a pioneer of the modern conservation photography movement, and Paul Nicklen, the renowned National Geographic polar photographer. In 2019, SeaLegacy joined forces with Blue Sphere Foundation founded by Shawn Heinrichs, an Emmy Award-winning cinematographer and conservation photographer. Together, they are forging the next exciting chapter of SeaLegacy. For over two decades, Cristina, Paul, and Shawn have used their inspiring imagery to convert apathy into action and to drive powerful conservation wins across the globe.

The Mission of Lonely Whale is to prevent plastic waste from entering the ocean. Since its inception in 2015, Lonely Whale has worked to drive recycling systems change, develop alternatives to problematic plastics, and create a mass community of people committed to a utopian future.

NRDC (Natural Resources Defense Council) was founded in 1970 by a group of law students and attorneys at the forefront of the environmental movement. The leadership team and board of trustees makes sure the organization continues to work to ensure the rights of all people to clean air, clean water, and healthy communities.

Since its inception in 1989, the Alliance has contributed over $27 million to grassroots conservation groups throughout North America. The results of our funding have been remarkable. Alliance funding has helped save more than 73 million acres of wildlands; protect 3,580 miles of rivers; stop or remove 37 dams; designate five marine reserves; and purchase 21 climbing areas.

In 2002, Yvon Chouinard, founder of Patagonia, and Craig Mathews, founder of Blue Ribbon Flies, created 1% for the Planet and started a global movement. Soon after their inception, 1% for the Planet’s mission began to resonate across the globe. The idea was simple: because companies profit from the resources they take from the earth, they should protect those resources. Their network is global and diverse, from the individual members who give back by donating to and volunteering with local environmental nonprofits to singer-songwriter Jack Johnson, who joined our network in 2004 to protect the shores of his home state of Hawaii—everyone has a 1%.

The Surfrider Foundation has a rich history of inspiring stewardship and recreation through their mission. Founded by a handful of visionary surfers in Malibu in 1984, the organization has grown into one of the world’s largest and most effective conservation organizations. Campaigns are how they protect our special coastal places, ensure our ocean is healthy and wild, keep pollution out of the water.