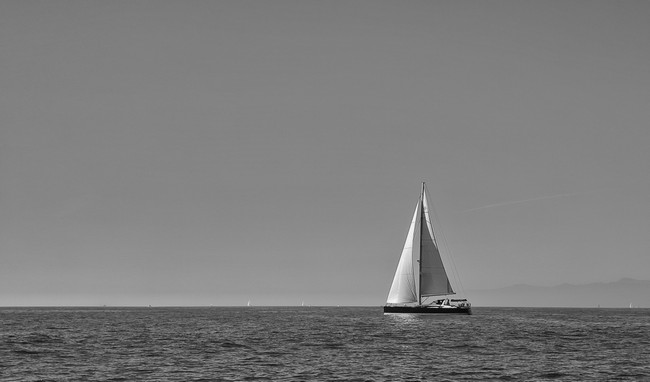 We all know there is a plastic problem and we come in contact with the issue on a regular basis. Sailors commonly see plastic floating on the surface and beachcombers pick up their fair share of marine debris on the sand.

ASA continues to support the Plastic Pollution Purge as we encourage sailors to refrain from using single-use plastics and we promote environmental initiatives that work to keep our oceans clean.

As sailors, we must all do our part.

Where Is All the Plastic Going in Our Ocean?

According to a scientific journal published in Nature.com, In subtropical waters between California and Hawaii,  The Great Pacific Garbage Patch (GPGP) consisted of approximately 79 (45–129) thousand tonnes of ocean plastic floating inside an area of 1.6 million km2; a figure four to sixteen times higher than previously reported.

What is The Great Pacific Garbage Patch

The Great Pacific Garbage Patch is a collection of marine debris in the North Pacific Ocean. Also known as the Pacific trash vortex, the garbage patch is actually two distinct collections of debris bounded by the massive North Pacific Subtropical Gyre.

Microplastics are small plastic pieces or fibers that are smaller than 5 mm in size. They come in many forms including beads, fragments, pellets, fibers, and more.  Because they are so small, wildlife can mistake microplastics for food. Zooplankton, fish, mussels, and even whales have been found to ingest microplastics. The microplastics and chemicals in the plastics may impact the bodily functions of animals.

What is the Most Common Form of Plastic in the Ocean?

How Can You Make a difference?

Find a group to support.

Plastic Change is a Danish environmental organization working hard to break the exponential growth of plastic pollution on a global scale. Plastic is everywhere – on land and in water. Three generations of plastic-use have left its tracks. Only a fraction of it is recycled or destroyed. The rest remains in nature for hundreds of years. Plastic Change has won the International Environmental Award for documentation and research in plastic pollution and its sources. They have put political pressure in banning microbeads in cosmetics and developed an app that shows microbeads in cosmetic products. Plastic Change has done research and produced knowledge on plastic expeditions through the great plastic gyres. They have distributed knowledge on littering to more than 50 million people worldwide.

For more than 34 years, the Surfrider Foundation has been protecting what you love. What started as a group of surfers that came together to protect Malibu from overdevelopment and pollution has grown into one of the most powerful coastal protection groups in the world.

Parley for the Oceans  https://www.parley.tv/oceanplastic#parley-air-strategy-1

Parley is the space where creators, thinkers, and leaders come together to raise awareness for the beauty and fragility of our oceans and collaborate on projects that can end their destruction.

Parley for the Oceans addresses major threats towards our oceans, the most important ecosystem of our planet.

Over the years, the mission of Ocean Conservancy has grown and solidified to make them who they are now: a science-based organization that stands on the absolute conviction that each individual can make a positive difference for our ocean.

The Ocean Cleanup has developed advanced technologies to rid the oceans of plastics.  Every year, millions of tons of plastic enter the oceans, of which the majority spills out from rivers. A portion of this plastic travels to ocean garbage patches, getting caught in a vortex of circulating currents. If no action is taken, plastic will increasingly impact our ecosystems, health, and economies.

Plastic is not the problem. It’s people and municipalities that are the problem. By not disposing plastics in a responsible manner is what pollutes the oceans and waterways.

I recently sailed from Southern California to Hawaii and then back to the Pacific Northwest. Your article fails to mention what I noticed as the major source of plastic in the Pacific. Lost commercial fishing gear.

Couple of things. While single-use plastic is a significant problem, what the Marine Debris Removal Initiative carried out by the Small Ship Tour Operators Association found, last year, was that the lions’ share (>80%) of what they recovered from the coastal region along British Columbia was immediately identifiable as commercial fishing related. Lines, floats, nets… and styrofoam. Tons of styrofoam. Packing material. Overwhelming to the extent that what they did accomplish was insignificant. But it was a great test case. https://www.youtube.com/watch?v=CghQQq2tc0c https://view.imirus.com/597/document/13477/page/41 A two-hour stroll around a small cove on Moresby Island this spring would have yielded enough gear to… Read more »

Thank you for publishing this. I believe it’s a critical issues for the world’s oceans but also beyond.