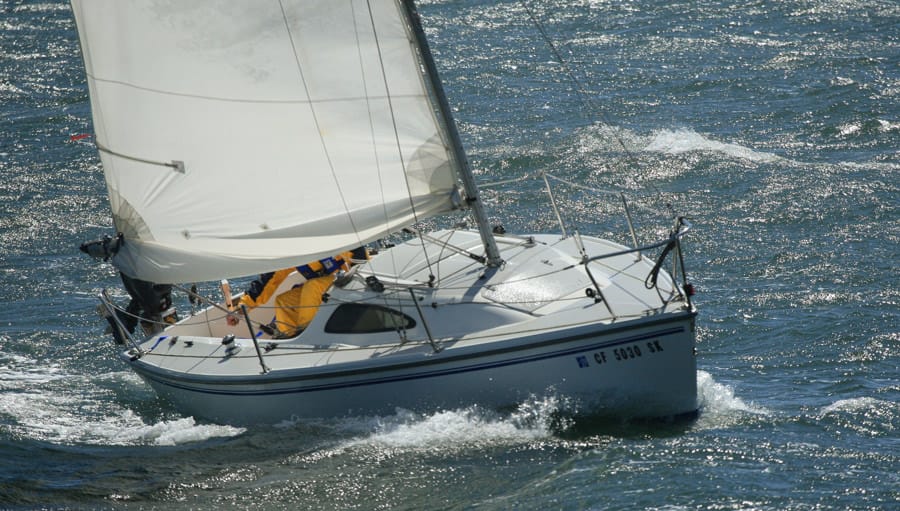 The sailing season is upon us!  Air temps are coming up, the water is warming up and you haven’t put on a pair of long-pants for at least six weeks. Well, some of us have not.  Sailing is part of your weekly routine now and sometimes your face actually gets sore from the constant smiling. This is all great – we endorse this of course, but sometimes it’s this very euphoria that can lead to a complacency that could end in problems. We don’t want that. We’re talking about reefing – a foreign concept for some, a tried and failed practice for others, a studied and untried theory for the academics in the house and an important and often used skill for real sailors.

The truth is, weather reports can be inaccurate or not consulted at all. It’s a beautiful day and that’s all some need to go on. But one of the fun things about sailing is the surprise the weather God can supply. For the skilled and knowledgeable, it’s an adjustment. For everyone else it can be, at the least, upsetting and at the worst, tragic. Let’s get you in the club of the former. 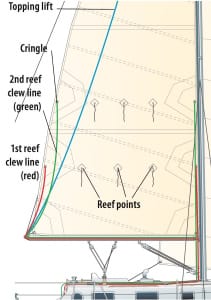 The Art of Sailing