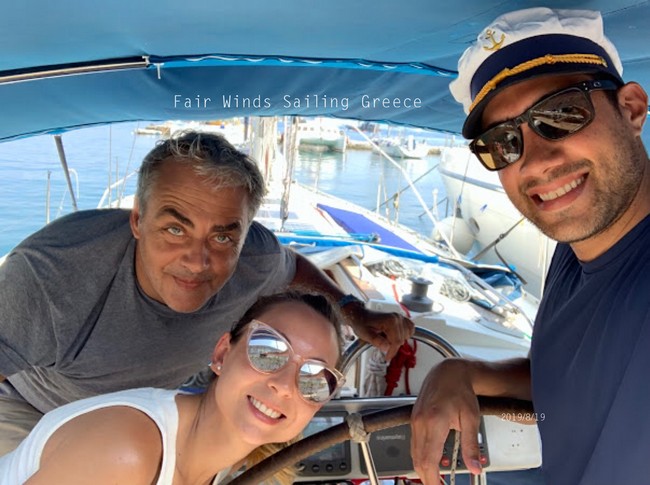 If your bucket list has space for another sailing destination you should consider Greece. If you add Greece, you need to add Captain Dimitris Bampakos. His love for sailing and the ocean is only exceeded by his love for the sailing grounds of Corfu, Greece.  His passion for the ocean and sharing his knowledge of sailing are what attract new sailors to Fairwinds Sailing School in Corfu, Greece. 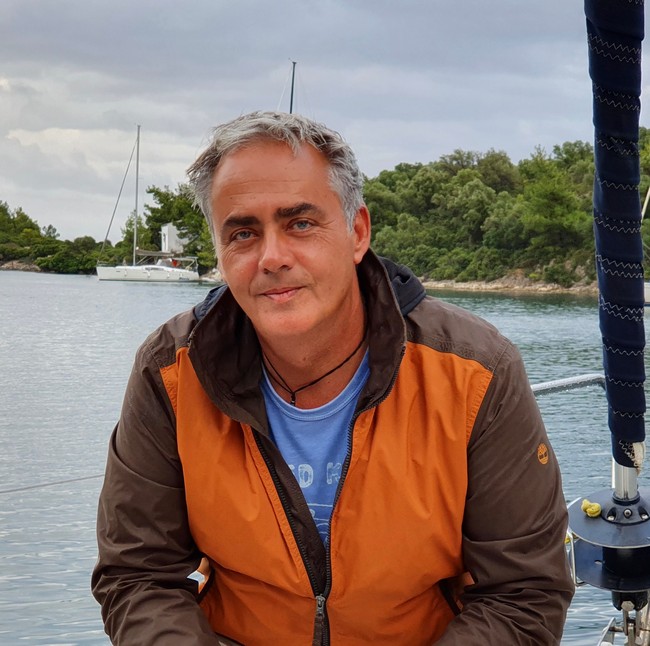 My love for the sea lead me at the age of 18 to the Naval Academy where I studied and learned naval art and science. When my 20 years of service at sea came to successful completion, I realized that there is no way to spend the rest of my life without sailing. And at that point I found ASA.

I will share a memory from a 106 ASA class that took place last September: Three students onboard, upwind night sailing passage from Paxos to Corfu island, 12 knots true / 15knots apparent wind,  our full sails were set to a close reach and the boat’s speed was between 5 and 6 knots. There was a full moon rising over the sea, Mas was playing the guitar, Livia and Mike were singing. Unforgettable moment.

I will not surprise you and, probably as expected, I will say Greece. Though I have sailed in the oceans and visited many amazing places around the world, I didn’t find elsewhere the unique deep blue color of the Greeks seas and the impeccable beauty of the Greek islands. Trust me; it is worth visiting, you won’t regret it.

Sailing is much more than a sport or a hobby. It is a lifestyle that fosters friendships and a positive attitude to life. Sailing gives you unparalleled moments of freedom and boosts your confidence. Like life itself, sailing is not about the destination, it is about the journey. Without it, you wouldn’t have set out.

Sailing, for us, is about living a simpler life. We like small boats without all the bells and whistles that we left behind on land. It’s like hiking a mountain versus driving your car to a cabin. You get the same end destination but with sailing, like hiking, you have to think a little bit harder, plan a little bit more, and in the end you appreciate the details along the way savoring the effort it took to get there. 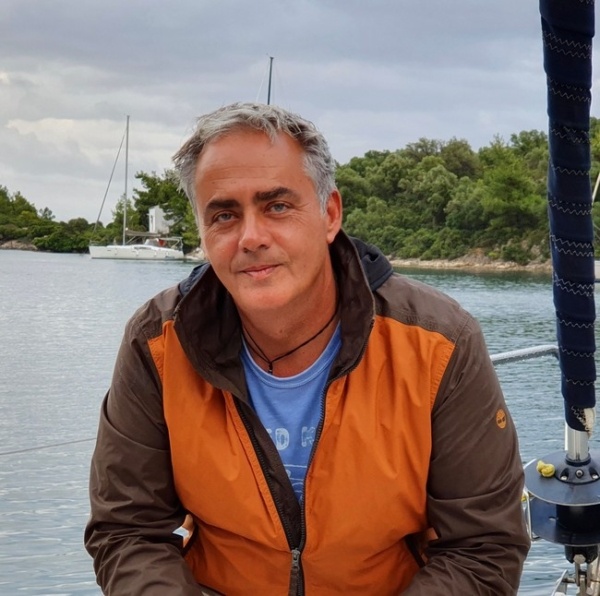 “Sailing keeps me young, fit, and mentally healthy. When I cast off not only do I leave the dock behind, but I also leave behind my troubles and any bad thoughts. To me, it is the best meditation anyone can get.” -On sailing, Captain Bampakos