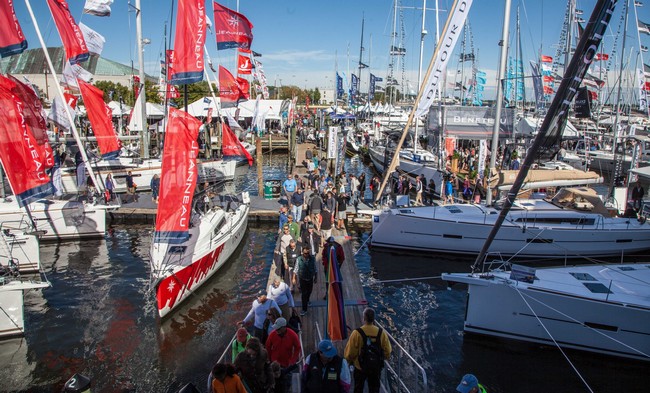 The American Sailing Association (ASA) and the Manhattan yacht club have teamed up to bring Sailing Yacht Arabella to the Annapolis Sail Boat Show in October 2021.  Boat show attendees will have the opportunity to tour the 157-foot vessel that regularly tours New England, the Chesapeake Bay, and the Caribbean. A future trip aboard an ASA-sponsored charter on Arabella will be part of the Annapolis Sailboat Show’s door prizes. To be eligible to win, pre-purchase your show ticket or sign-up when you arrive.

ASA Members will come aboard Arabella and learn about Member Benefits, upcoming ASA Certification Courses, and future ASA flotillas and charters.   ASA Members will be able to book discounted Arabella tours during the Annapolis Boat Show.

Are you an ASA Member? Join Now

In October, sailors from around the globe will gather on miles of docks in beautiful downtown historic Annapolis to celebrate the United States Sailboat Show. This internationally acclaimed sailboat show is recognized as the world’s largest and most prestigious show of its kind.

Boat show goers will enjoy the unique opportunity to board and inspect new models from virtually every major sailboat manufacturer, make side-by-side comparisons, talk to industry representatives, and see the latest in boating products and services. Come enjoy a day of exhibiting, shopping, drink tastings, and live entertainment!

Arabella routinely visits ports in New England and the British Virgin Islands on ASA-sponsored charters.  Take a look at upcoming voyages at ASA.com/Arabella