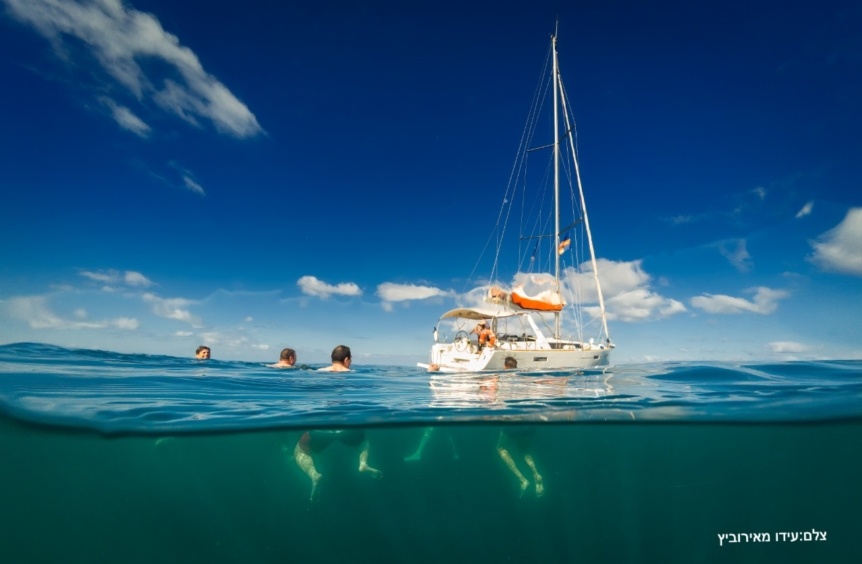 Sailing Israel does not always appear on the average sailor’s bucket list but with its proximity to popular sailing destinations and its rich history, Israel is a fantastic option for a different Mediterranean sailing adventure.

ASA spoke with BlueWave-Tashoot Sailing Academy about sailing in Israel and the local sailing community.  Make room on your sailing bucket list because Israel is calling.

BlueWave-Tashoot Sailing Academy home waters are the Eastern Mediterranean coast of Israel with our primary base in Herzliya Marina. Destinations include day sailing from the marina and passing the nearby cities of Tel Aviv and Jaffa and the northern port of Haifa, where we have an additional club and charter base. We sail to the neighboring island of Cyprus which is 180 miles away and where we have an additional charter base in Limassol Marina. From Limassol, it is easy to cruise the beautiful coast of Cyprus or hop over to nearby Greek islands such as Kastellorizo and Rhodes, as well as cruising to the Turkish ports of Antalya, Kas, and Gocek.

(ASA Courses and special courses, i.e. community sailing, women only, kids, etc..) We teach ASA 101,103 and 104 on our fleet of Beneteau Oceanis yachts. The Cruising Catamaran ASA 114 is taught on one of our two Lagoon catamarans.

Yaniv Reuveni- Co-Founder and initiator of the ASA programs at BlueWave-Tashoot in Herzliya. Currently managing our Limassol, Cyprus base.

Guy Yadid- Co-Founder of BlueWave-Tashoot – Managing our operations in Israel and helps in keeping the ASA courses running smoothly.

Howard Clayman- Head ASA Instructor in Israel. Previously assisted Yaniv in teaching the ASA courses and recently certified as an ASA Instructor. Howard is a certified commercial skipper in Israel. He is a veteran sailor hailing from Marina del Rey, and began his love for sailing at UCSB. He has cruised and raced extensively in both Southern California, the Bay Area and the Mediterranean. Howard has been teaching sailing and offering day charter trips to the local market for the last few years. Now as the primary ASA Instructor at BlueWave-Tashoot, Howard teaches a range of courses to our students who come from all over the world.

We schedule many of our classes as half-day, once per week classes which are better suited to our student’s schedules. We also have the ability to start off teaching ASA 101 classes in our home base in Israel, and finishing the ASA 103 and 104 modules in our Cyprus base which is a short flight away. We have a new sailing club for our ASA graduates who have asked for more opportunities to develop their sailing skills. The club offers both weekly fun sails and advanced sailing skills workshops onboard the yachts. Due to demand, we will be organizing flotillas or bareboat charters for our ASA club members from our Cyprus basis.

We are a new school and the only ASA school working with an exclusive English language curriculum. Our students include local English-speaking ex-pats from all over the world, many foreign embassy workers, and contractors working on large international projects in Israel. We offer an alternative to the local licensing programs which cater to Hebrew speakers and this has proven to be one of our success stories. We have built a community of new and experienced sailors who want to continue sailing among fellow lovers of the sea. We are very open to new ideas proposed by the students and graduates, which allow us to plan creative activities that will bind the club.