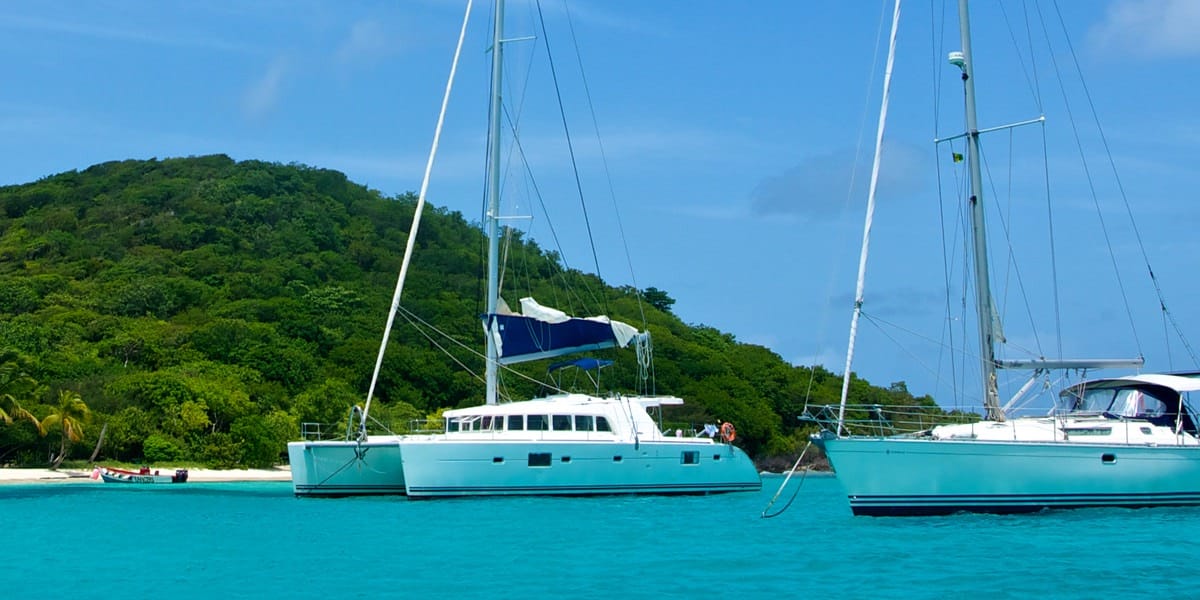 The way a person becomes a solid sailor is about as varied as anything there is. Some learn from their great grand pappy; maybe others buy a boat and figure it out on their own. There are endless paths towards the final goal of becoming a competent sea-dog, but obviously we here at ASA, have a path we advocate that we believe is most effective. That path revolves around the concept of acquiring knowledge and skill from a trained certified professional, then utilizing what’s been learned in a real-world environment. And when it comes to late-stage core fundamental training, we believe participating in flotillas is an excellent idea.

Once a student advances from 101 to 103 and then onto 104, they are becoming, no doubt, quite proficient sailors. Typically a student who is finishing up their 104 curriculum is raring to be challenged by some brave new experience/adventure that only sailing can bring. Being part of a flotilla is the perfect means to scratch that itch with a nice built in layer of protection – a buffer that lies between 104 and bareboat chartering.

Ok, hold on, back up. What exactly is a flotilla? Well, generally speaking, a flotilla (for our purposes) is a group of boats cruising together with one, more experienced, skipper in the mix who is something of a guide. This person is usually a very good sailor with an abundance of local knowledge.

“We always wanted to explore the Puget Sound, but had some reservations about bareboat chartering there because we didn’t know the area and had heard there were challenges,” said ASA’s Lenny Shabes. “We chose to be part of a flotilla instead and it was definitely the right choice. We learned so much, made some new friends and had a great time because we were comfortable.”

There are a few different breeds of flotillas. It may be good to start with a regional one to begin with. It’s common for local groups to organize a voyage to a destination that is slightly out of reach, but still a day sail. For folks who haven’t done much over-nighting or all-day sails on their own boats (or a local charter company), this is a great idea. It’s the next step past simple daysailing and nice to have a little backup. And as a bonus, once everything is tied up and put away, there are boats and people all over the place to hang out and have fun with.

Once a few of those are under your belt it’s a great idea to stretch the comfort level and join a bareboat flotilla that’s far away, maybe in another state or country. That’s when you really feel the benefit of the idea. Having someone present who knows the harms and hot spots of a particular area is an enormous luxury. There will be a lot of learning going on and plenty of things to negotiate so not having to worry about some uncharted rock or where to find fuel/provisions is a perfect way to tackle this challenge. There are flotillas of this kind happening in some amazing places. Currently ASA is hosting flotillas in Belize, British Virgin Islands, Croatia, the Canary Islands and many more.

“There’s no doubt that being part of a flotilla is a better and safer method of making the way towards confident bareboat chartering,” said ASA affiliate rep Elbert “Ash” Ashbaugh. “When is comes to the more remote locations I the world it’s especially valuable. Some of these areas have more than a few ‘surprises’ lurking, so it’s really nice to get a heads-up about those kinds of things. Plus it never fails that people become friends – it’s always a good time and no two are ever the same.”

For out more about upcoming ASA flotillas >>