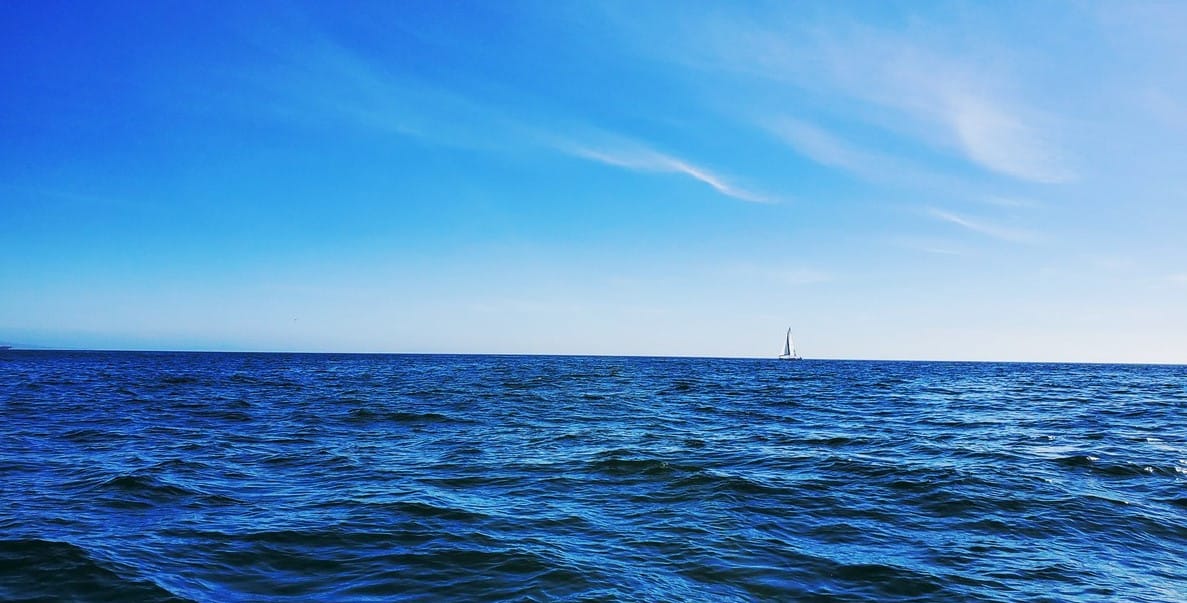 World Oceans Day is held every June 8 to spotlight, celebrate and work to raise awareness about the health of our world ocean.

When seen from space, the earth looks like a giant blue marble. It is said that earth day was created because that picture from space of the tiny sphere known as earth made it obvious that the planet is one. It is not demarcated by political lines and divisions. It is one entity. The oceans make up a large portion of the planet.

With ⅔ of the surface of the earth covered by water, it would seem obvious that we would do what we can to protect it. However, it has taken far too long for the health of the ocean to reach the forefront of importance. For sailors, we utilize the ocean. We enjoy the ocean. The ocean is part of every sailor’s soul.

We have a responsibility to protect it.

Take a Look at These Staggering Numbers

What is World Oceans Day?

The Ocean Project recognizes that there is one global ocean that connects us all. Within our one ocean, there are five distinct oceans: the Pacific Ocean, Atlantic Ocean, Indian Ocean, Arctic Ocean, and the Southern Ocean. Until 2009, we promoted “World Ocean Day” but added the “s” after the United Nations General Assembly passed a resolution in late 2008 officially recognizing June 8th as World Oceans Day. Perhaps one day the UN will embrace the singular “Ocean” but in the meantime, we are following the UN-designated use of World Oceans Day to show solidarity for the conservation of this important resource that connects us all.

How Can You Get Involved?

Take a look at https://www.worldoceansday.org/ and find an event to help the cause to protect our oceans. It is important to remember that caring for the ocean is not a single day event, rather it is part of the everyday conversation that we, as sailors, should be having.

Doing our part at the American Sailing Association.

The American Sailing Association supports the #PlasticPollutionPurge and encourages sailors to bring back more plastic than they take. Get involved on social media by sharing the hashtag and bring awareness to doing your part to protect the ocean.

“Plastic pollution is not an ocean, river, lake or stream problem, it’s a people problem. We must do our part to discourage everyone from trashing our waterways with plastic bottles, bags, cups, utensils and plates,” says Lenny Shabes, Chairman and founder of the American Sailing Association. “Starting now, we want everyone out on a boat to clean up trash wherever and whenever they see it. If we all do our part, we can make a difference by raising awareness to help stop this tidal wave of plastic threatening all of us.”

7 Things Sailors Can Do to Make for a Healthier Environment

Everyone needs to think about the world we live in as something we should collectively protect and keep clean – a sailor’s task is to keep a particular watch over the oceans and waterways. It’s our duty to be responsible and not leave it in worse condition than when we found it.

The Science of the Ocean

The ocean is a vast space, and sailors inhabit just the surface. Below us, around us, and even above us, we are all affected by what goes on in the oceans. The ocean is where we sailors yearn to be. After all, if you had a choice, would you rather be at your desk or on a boat?

Sailing and The Responsibility of the Sailor to the Environment

What do we have to do to keep our oceans clean? ASA asks a marine conservationist to fill us in on tips for sailors on the environment.