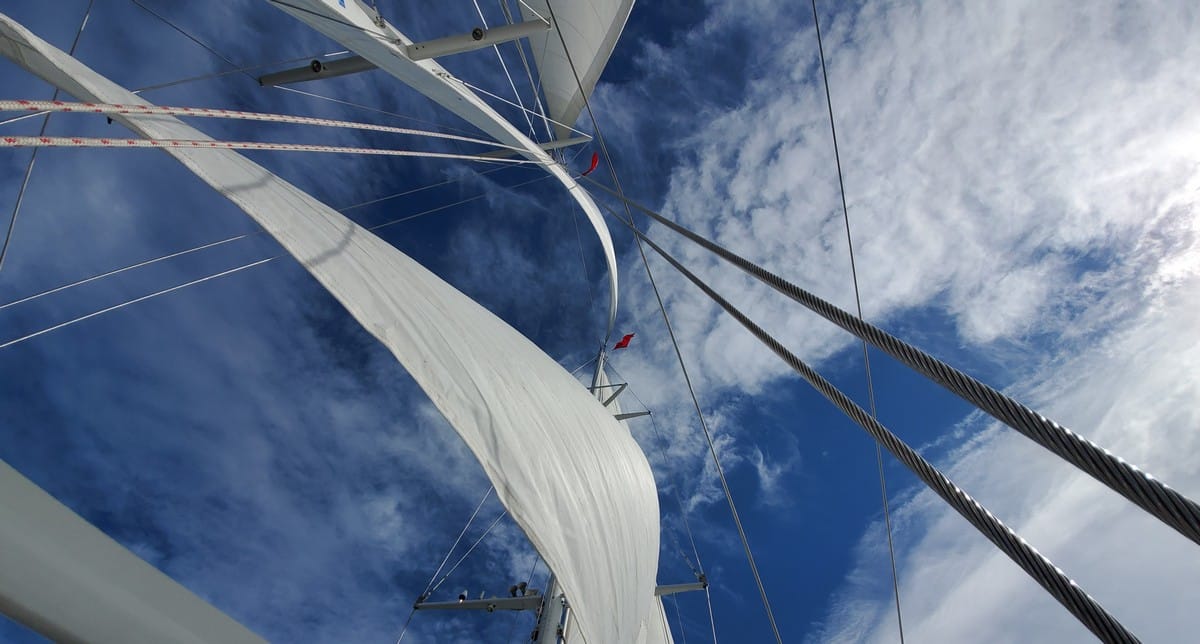 Captain Dan Ryder of Sail Channel Islands shares a story with ASA about the importance of keeping your boat rigging in good shape. Captain Dan Ryder is one of our featured Instructors, you can read all about him here.   https://asa.com/news/2019/03/25/dan-ryder-sail-channel-islands/

We had a bit of drama the other day when we picked up a distress call while we were conducting refresher training. The vessel calling told Coast Guard sector LA that they’d been dismasted and needed assistance. They reported that they were just south of Arch Rock at Anacapa Island.

In fact, that’s exactly where we were. And there wasn’t another sailboat in sight in any direction.

The wind was gusting to 20, which is routine in the Santa Barbara Channel, but the seas were uncommonly flat running less than three feet. The wind was out of the west and the current runs east at the end of Anacapa, so we headed downwind and down current, spotting them several miles east (not south as had been reported).

We went fairly close aboard on the lee side waved and made radio contact. We relayed their coordinates to the Coast Guard, who asked us to stand by until Tow Boat US out of Ventura showed up.

Dismasting can ruin your day in several ways. First, if the damned thing falls on you and second, with the mast still attached by unbroken shrouds, it can ram a hole in your boat. If the mast doesn’t make a hole, you’re still not in the clear as the spreaders can also punch a hole in the boat.

They were lucky and, though the mast was on the windward side of the boat, it wasn’t bashing their vessel to death.

The Tow Boat showed up in record time and dismissed us. We hadn’t done much — just what the Good Samaritan clause calls for, but we were still stoked by our good intentions. And we were also surprised that none of the several fishing boats, Park Service boat or any recreational boats responded. We didn’t do anything important, but if the mast had holed them, we’d have been close by to fish them out.

Lessons learned: Have the standing rigging inspected by a professional on a regular basis and keep your towing insurance paid up.