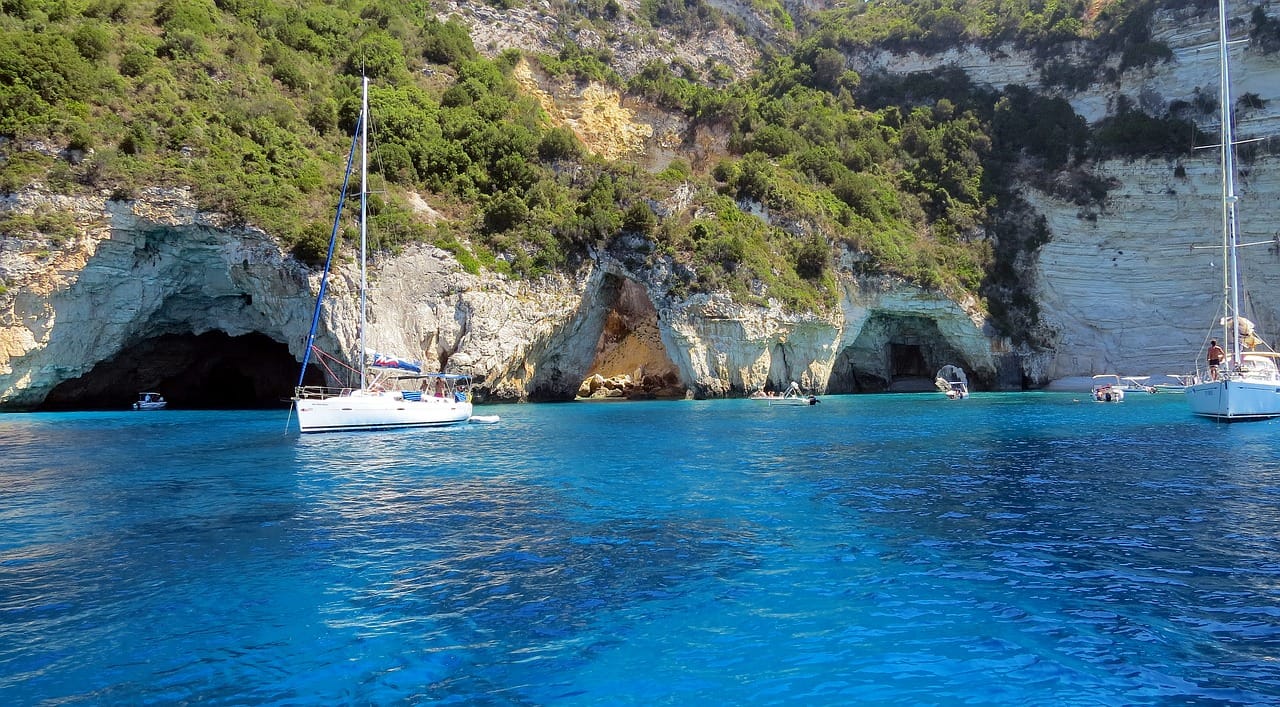 In case you didn’t know, it is common knowledge that the best way to see Greece is by boat. By sailboat to be exact. Sailing the waters off the coast of Greece as well as visiting this archipelago on your own schedule, dictated only by wind and your need for picturesque anchorages, is a sailor’s dream. The allure of the Mediterranean for a sun-splashed vacation filled with fresh seafood and crisp white wine should have a sailing component and one of ASA’s newest instructors, Dimitris Bampkos of Fair Winds Sailing Greece, is ready to show it you. 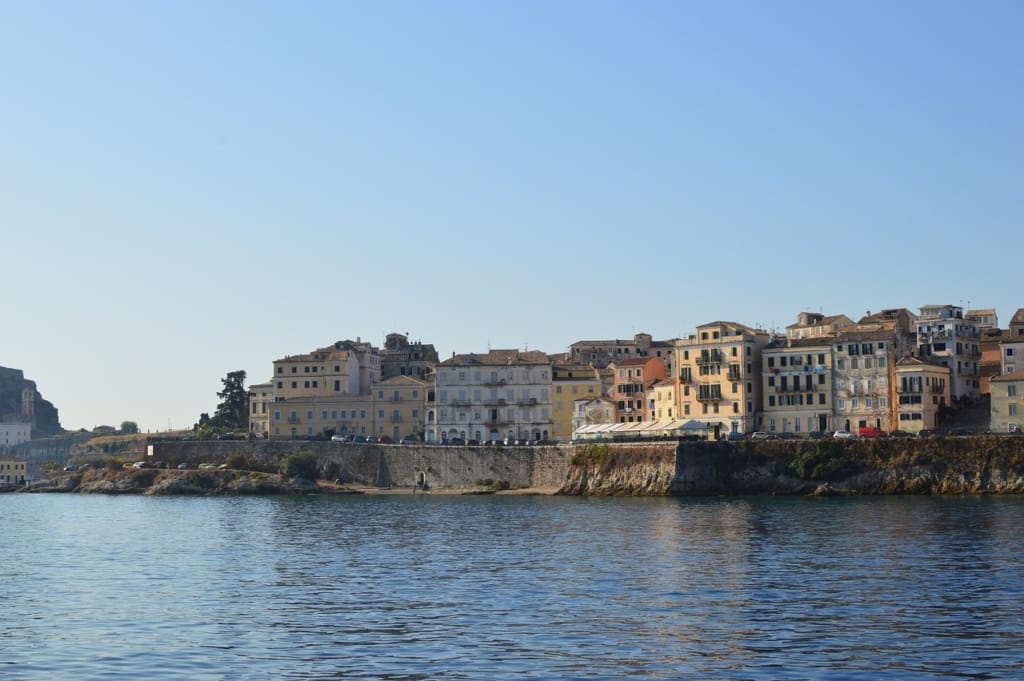 “Corfu island is considered one of the finest destinations in the Mediterranean.” according to Captain Bampakos. The town of Corfu has been characterized by the vast majority of visitors as cosmopolitan, picturesque and fascinating. The many villages along with picturesque cliffs and isolated, secluded beaches make for an abundance of exploration opportunities on Corfu. You can examine the sites of prominent Greek history, sample the Mediterranean cuisine or take on a strenuous hike to view the surrounding islands.

Corfu’s old part is a UNESCO World Heritage site with many historic monuments within stunning natural surroundings. The Old Fortress of Corfu is a masterpiece of architectural art with a rich historical heritage spanning from the Byzantine times to the Venetian Era and, in more recent times, British Empire occupation of the Ionian Islands. It is considered one of the most beautiful locations in Greece; a jewel in the Ionian Sea.

Corfu could very well be a bucket list destination for both the sailor and the non-sailor. 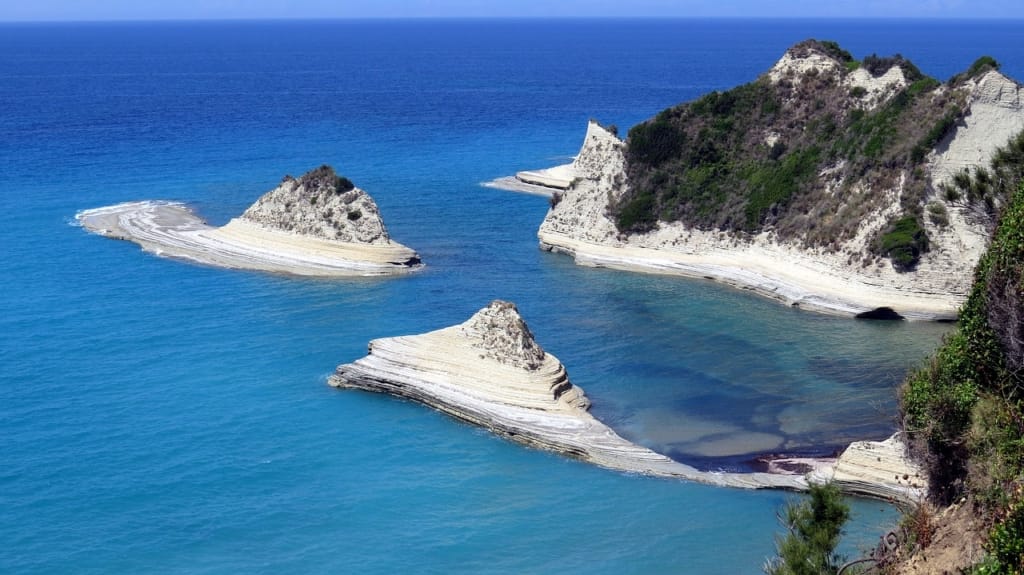 The Ionian Sea separates Greece from the Italian Mainland and is a popular destination for sailors. The beauty of the Ionian islands makes this part of the Mediterranean a heavily visited area in the tourism season. The main reasons to sail the waters off of Corfu, Greece are the incomparable beauty of the Ionian islands, the unique deep blue color of the seas and the moderate winds that prevail during the summer. The north-west prevailing winds (maistro) are by far gentler than the northeast prevailing winds (meltemi) in the Aegean Sea during the summer months.

The Ionian Islands are not only famous for their beauty; they offer a variety of activities from sightseeing and visiting ancient historical sites to dining out in nice restaurants and taverns. Additionally, most of them provide nightlife options for many tastes.

When To Visit Greece?

The Sailing season starts at the end of April and ends at the beginning of October. The whole aforementioned period has lots of sunny weather. High season runs from the second week of July until early September. August is the busiest and most expensive month. Nightlife is at its peak, as are prices.

Level of Experience Necessary to Sail in Greece

According to Captain Dimitris Bampakos first timers and experienced sailors can find plenty to love about these waters. Sailing south from Corfu along the islands is right for Basic KeelBoat Sailing ASA 101 and Basic Coastal Cruising (ASA 103) while heading north or west toward Italy is fit for Advanced Coastal Cruising (ASA 106). 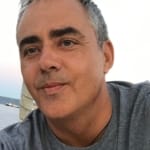 Instructor Dimitris Bampakos is the Owner and Head ASA Instructor of Fair Winds Sailing in Corfu, Greece. Captain Dimitris is a former Captain of the Greek Navy. Most of his 26 years of service in the Navy were served at sea as a captain, executive officer, and deck officer on board frigates and fast patrol boats where he did more than 100,000 miles all over the world.
When serving in Virginia, from 2013 to 2016, he successfully completed all of the American Sailing Association (ASA) certifications up to the offshore ocean passage level (ASA 108) and he became an ASA instructor up to ASA 206 level. During this period, he also cruised and raced in the Chesapeake Bay, as well as, in the North Atlantic and the North Pacific Ocean becoming a proud member of Patriot Sailing and BBSA. Since then he has taught sailing, seamanship, and navigation providing ASA certifications.