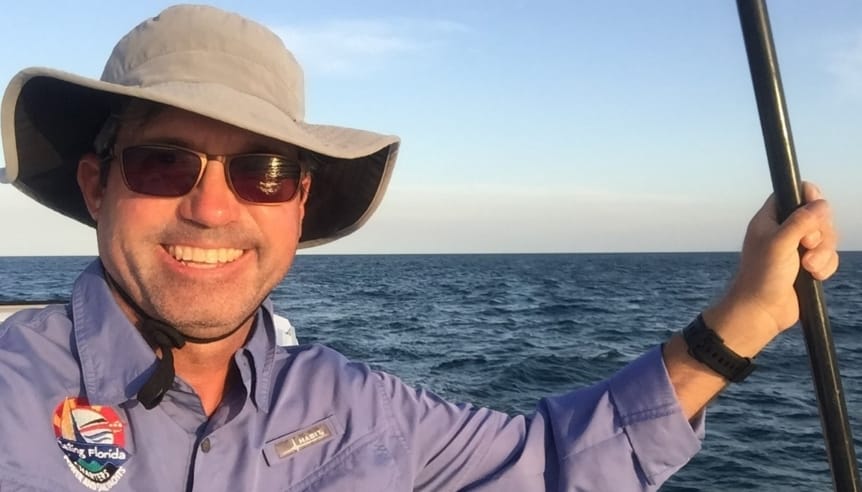 Captain Jim Marvin is an ASA Outstanding instructor who simply enjoys sharing his passion for sailing with others. He has been teaching in Florida for over 20 years and currently leads classes with Sailing Florida in St. Petersburg, Florida. ASA caught up with Captain Marvin to talk sailing and found out that he met his girlfriend on a boat. After all, is there a better place to meet your partner than on a sailboat? Sailing Florida is located in St. Petersburg Florida and offers sailing instruction as well as sailing charter options on their fleet of catamarans and monohulls. 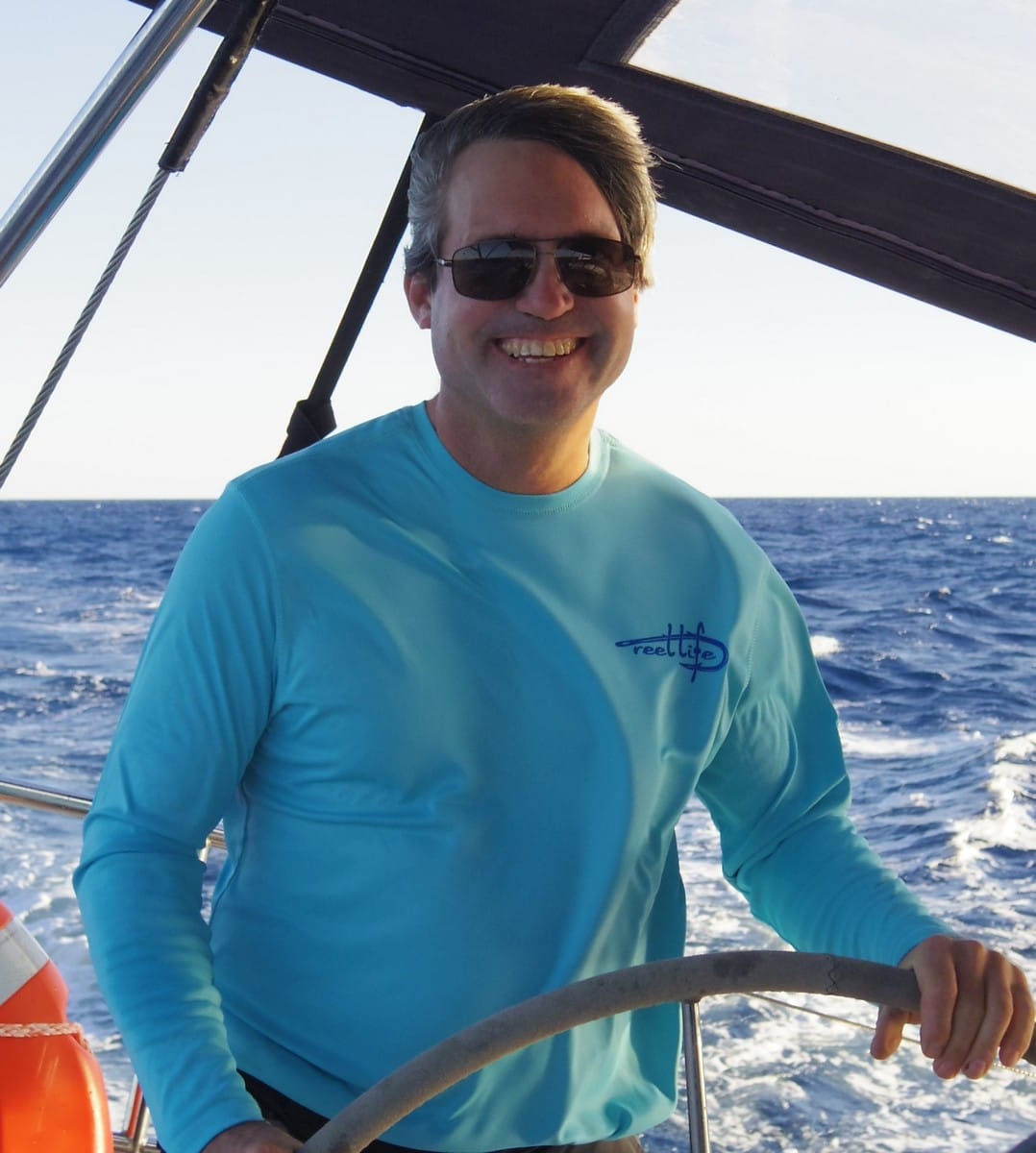 I began sailing with family and friends in the Chesapeake Bay around Baltimore and Southern Virginia when I was younger. I was fascinated with how a sailboat is powered by the wind, enchanted by life in the small towns along the Bay, and just naturally drawn to the water. After finishing college in Maryland I came to Florida to take sailing classes and never left!

Since then I have learned more about sailing through racing and working with boats and sailors. It has always been a hands-on activity that has challenged me and introduced me to a variety of different people who all share the same interest.

Several years ago I was teaching a cruising class in Tampa Bay. We had just passed south beneath the Sunshine Skyway bridge when a thick fog rolled in from astern, enveloping the bridge and overtaking us. There was no turning back!

I took the opportunity to instruct my crew on sailing tactics in limited visibility, noting our position and making the appropriate horn signals. We continued on safely to the Manatee River, even helping to guide a lost powerboat we encountered in the fog back to the river.

Oh, and during that class I also met my girlfriend, who is definitely my most memorable student!

I have always enjoyed departing from St. Michael’s, Maryland on the Eastern Shore, sailing down the Miles River through Eastern Bay, then westward across the Chesapeake Bay to Annapolis.

The scenery is classic Chesapeake Bay as you pass the last working screw-pile lighthouse at Thomas Point Shoal with the Bay Bridge in the distance, to entering the Severn River with the Naval Academy and the state capital dome on the horizon.

Plus, there’s incomparable seafood on both ends of the journey!

I find sailing to be the ultimate connection between wind and water, nature and technology, human and machine. No other water sport seamlessly combines all these elements. There is never a time when I look out from land over the water at a boat under sail that I don’t think, “I’d rather be out there right now.”

That anyone can sail and anyone can learn to sail. All you have to do is listen to your instructor! 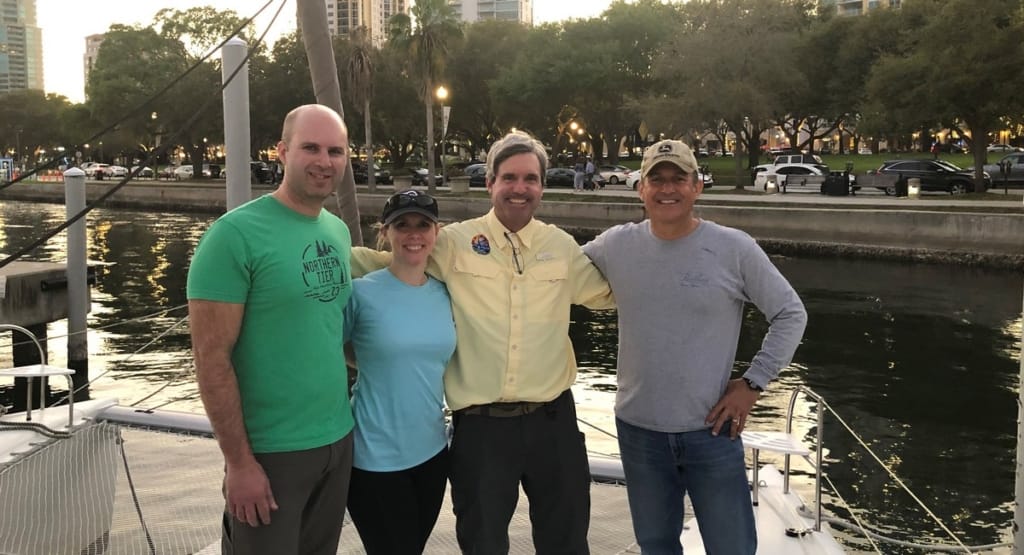 “Nearly every culture on the planet has a connection to the sea and has a history of sailing behind it. When you sail you not only connect to the sea, you touch upon your own past. It is also the most social of activities on the water whether you are underway with your crew or talking with other sailors back on land. You are part of a community when you sail anywhere you go, and that gives it a meaning that you don’t find as readily in other types of boating.” -Captain James Marvin