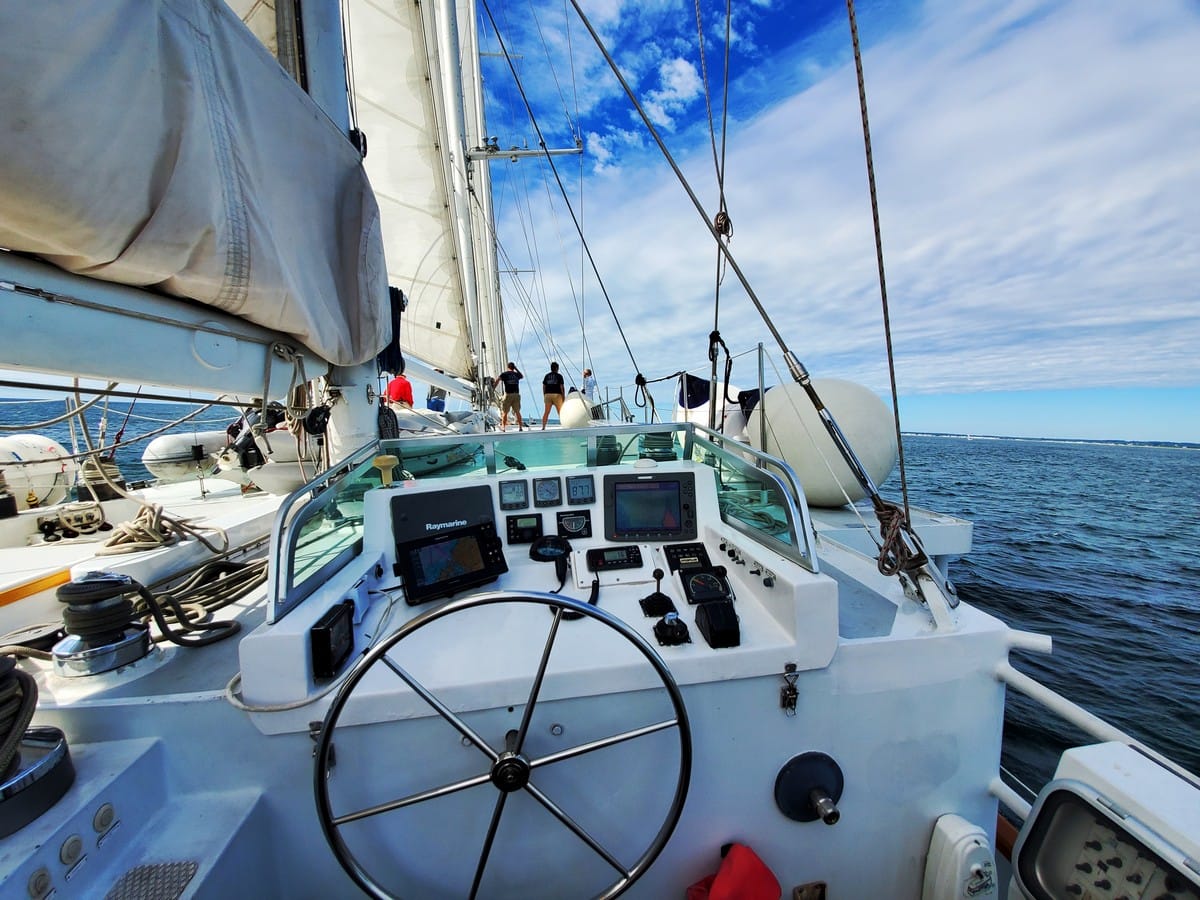 Do You Know the Parts of a Boat

Learning to sail is not just about feeling the wind in your sails. You also become familiar with the vessel that will be part of your new lifelong adventure. A sailboat can seem daunting with all its moving parts, but it is quite simple.

I recently learned the term Keel Hauling, and I was a bit shocked at not knowing the reference.  When you sail, you take on an entirely new language of words, sayings, and jargon.  A few of us sailors even embrace the same Jimmy Buffet songs as part of our perennial sailing playlist.  (that is another story for a different time)

My wife, who has sailed for over 20 years, is competent under most conditions at sail and knows her way around our vessel, but I was surprised that she didn’t know some of the simple terms that we sailors use daily. There are some fundamental terms that all sailors learn as they begin their sailing career and the rest of the information follows along as you spend more time on the water.

When you embark on a sailing education in ASA 101 Basic Keelboat Sailing, you learn about the parts of a boat. These are part of the fundamentals of sailing.  While these few terms are interchangeable among boats, they certainly are not the only terms you’ll learn, but they are the beginning of a new language when you become an ASA certified sailor.

This is a keelboat. It is different from a dinghy in that it is larger than 20 feet and has a keel. Keelboats start at around 20 feet with no upper limit in length. A 200-foot megayacht is considered a keelboat.

Dinghy – A small sailboat usually under 20 feet long and open for most of its length.

Keel – A fixed appendage on the bottom of the hull that provides sideways resistance needed to counter the force of the wind on the sails. The keel also carries ballast, usually iron or lead, the weight of which counteracts the force of the wind that causes a sailboat to heel, or lean over.

Hull – The watertight structural shell of a boat.

Bow – The forward part of a boat

Stern – The aft part of the boat.

Rudder – The sailboat is steered by a fin-shaped appendage attached beneath the boat toward the stern which can be rotated to change the angle at which the water strikes it. Water must flow past the rudder in order fo rit to work so it will not turn the boat while at rest.

The rudder is controlled by a wheel or a tiller at the helm of the boat. The person steering the boat is the helmsman.

Cockpit – The area of the boat, usually recessed into the deck, from which the boat is steered and sailed.

Deck – The generally horizontal surface that encloses the top of the hull.

Companionway – The entrance from the cockpit or deck to the cabin.

Lifeline – A wire supported on stanchions around the perimeter of the deck to prevent crew from falling overboard.

Pulpit – A guardrail at the bow or stern of a boat to which (usually) the lifelines are connected.