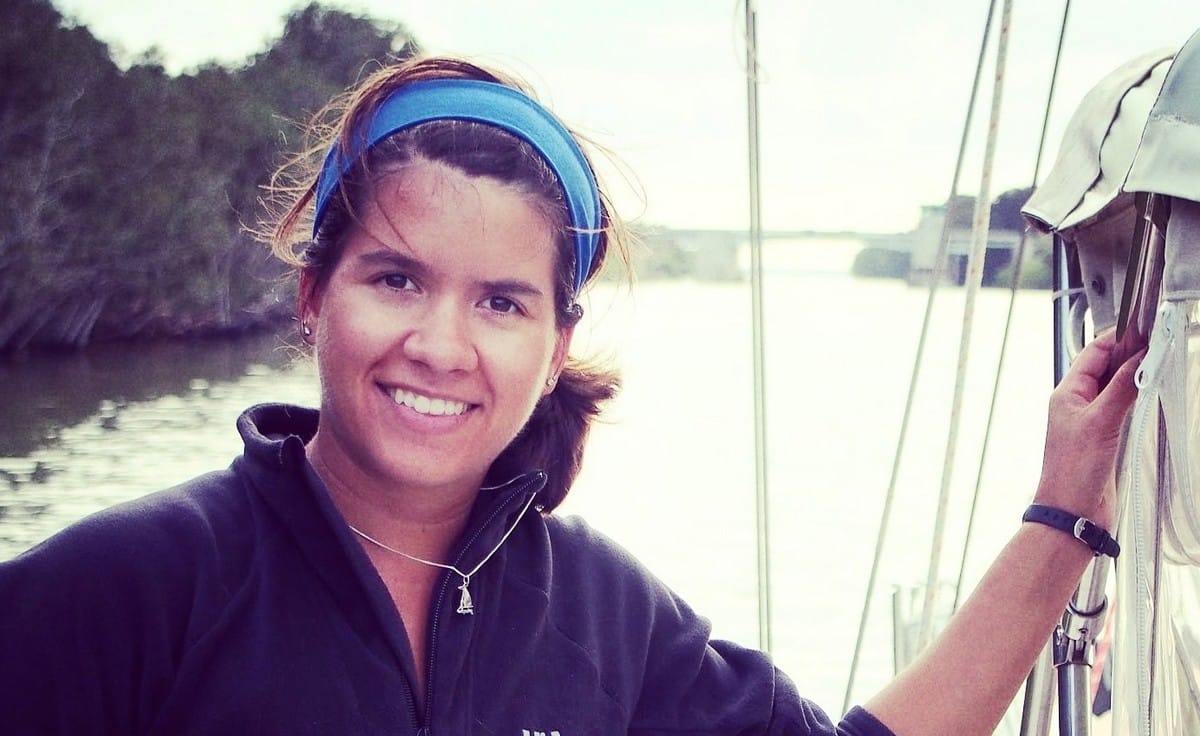 Captain Stephanie Mansberger Wolters is an ASA trained instructor and USCG Licensed 50 Ton Masters Captain with Sailing and Towing Endorsements. Growing up in Morgantown, West Virginia, Stephanie learned to sail at a young age through the Sea Scouts. There she learned to navigate and race on small and large bodies of water.  These days she sails out of Fort Myers, Florida with classes through ASA affiliate Island Dreamer Sailing School. Captain Stephanie regularly offers women’s only courses as well as multi-day courses in the Caribbean and the Flroida Keys.

Stephanie acquired a taste for the cruising / liveaboard lifestyle in 2011 after working a few seasons as Sailing Commissioner at Sea Base in the Florida Keys. She’s lived aboard 41’ & 45’ sailboats for a little over 5 years as she taught ASA lessons full time – mostly teaching sailing charters in the Florida Keys with advanced sailing lessons cruising offshore and in the Intercoastal Waterway between North Carolina and the Florida Keys. She has specialized in teaching Couples Sailing Lessons, Women Specific Sailing Classes, Youth Lessons, works occasionally for Biscayne National Park Institute as one of their Charter Captains, and was featured throughout ASA’s 104 Bareboat Cruising Text Book as one of their instructor models.

In addition to sailing, Stephanie is a full-time interior designer with Benson & Associates in Fort Myers, Fl. She loves to sail, design, kayak, cycle, and SCUBA dive in her free time along with hanging out with her husband Brandon, NAUI SCUBA Director extraordinaire, and all five of their fur kids.

Captain Steph sails out of Fort Myers, Florida where you might catch “Captain Copper” on board, her longtime feline crewmember. She sailing on the Caloosahatchee River or the Gulf and teaching out of Island Dreamer Sailing School in Florida. She offers women-only sailing courses as well as multiday courses in the Keys and Bahamas.

With over 10,000 nm of sailing under her belt, she has sailed throughout the Florida Keys, Offshore East Coast & Inter Coastal Waterway (from New Jersey to Key West, Fl), Saronic Gulf (Greek Islands), Abaco Bahamas, British Virgin Islands, and the Western Coast of Florida. She has operated various types of power and sailboats ranging from small sailing dinghies to 40’+ cruising vessels, 75’ tall ships, and 40’+ catamarans varying from fun evening cruises, to live aboard style week-long sailing lessons, and offshore boat deliveries.