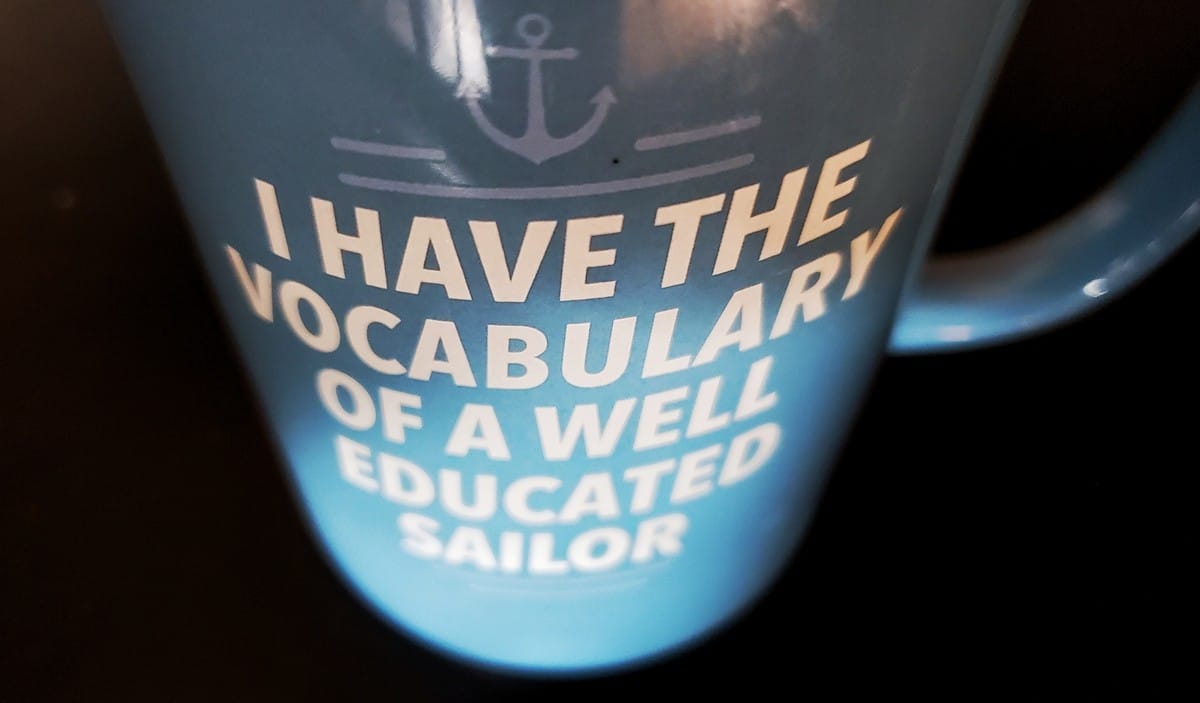 Spend any time on a sailboat and you’ll soon find that sailors can be a bit salty. Their jokes are a bit off-color and their language might border on inappropriate. Is it a cliche to have the mouth of a sailor?

Well, this attempt at humor by ASA Instructor, Bill Dunbar, is safe for work and definitely PG-13. It just goes to show you that you can have fun while learning a little about sailing.

Capt. Bill Dunbar expresses the importance of laughing and having fun while learning how to sail and integral in making sure people enjoy the learning process.  There is plenty of room for smiling in Capt. Bill Dunbar’s ASA courses.

Amidships – Condition of being surrounded by boats.

Anchor – A device shaped so as to grip the bottom.  It is secured to the anchor rode from the boat to hold the boat in the desired position.  The anchor is often controlled by a windlass. Will often bring up mud samples from the bottom at inopportune or unexpected times.

Berth – A little addition to the crew.

Bottom Paint – What you get when the cockpit seats are freshly painted.

Chart – A nautical map often telling you exactly where you are aground.

Clew – An indication from the skipper as to what he might do next.

Dead Reckoning – A course leading directly to a reef.

Deviation – Any departure from the Captain’s orders.

Displacement – When you dock your boat and can’t find it later.

Estimated Position – A place you have marked on the chart where you are sure you are not.

Headway – What you are making if you can’t get the toilet to work.

Heave-Ho – What you do when you’ve eaten too much Ho.

Keel –  Term used by 1st mate after too much heel by the skipper.

Landlubber – Anyone on board who wishes he/she were not.

Latitude – The number of degrees off course allowed a guest.

Mizzen – An object you cannot find.

Shroud – Equipment used in connection with a wake.

Starboard –  Special board used by skippers for navigation.

Stern – The back end of the boat.

Tender –  The possible condition of one’s head after being Three Sheets to the Wind.

Three Sheets to the Wind – Drunk.

“There was a young sailor named Bates,

Who danced the fandango on skates.

He fell on his cutlass,

Which rendered him nutless,

And practically useless on dates.”