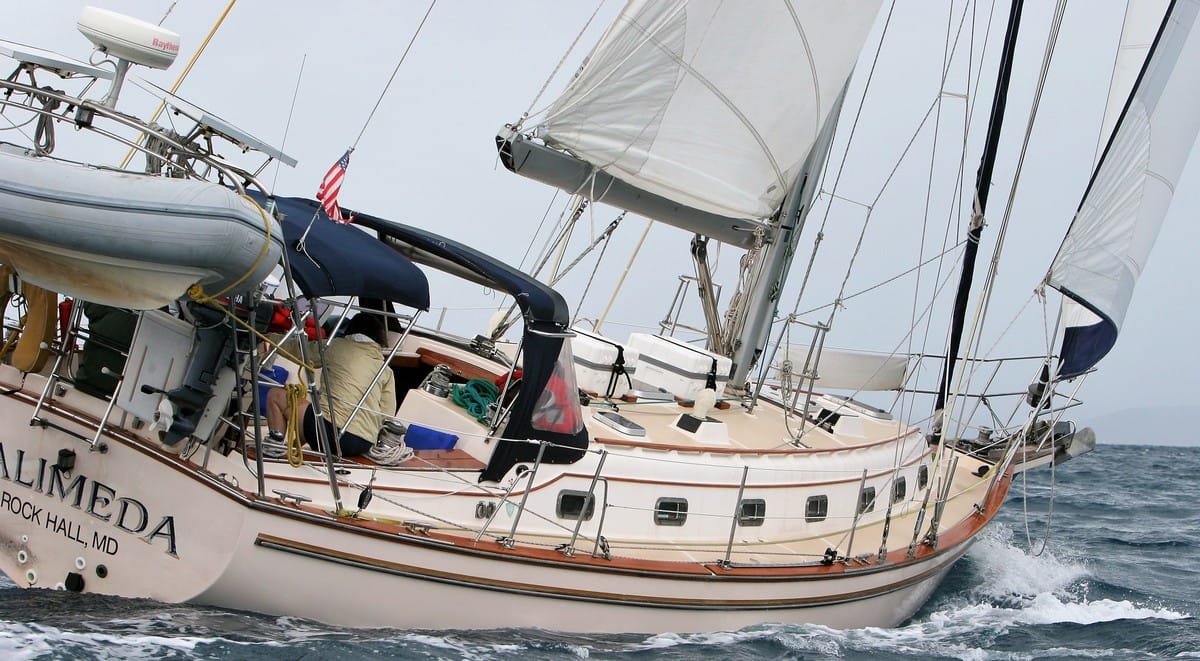 Tom Tursi holds a USCG 100-ton Ocean Masters License, is an ASA Certified Sailing Instructor and a part owner of the Maryland School of Sailing and Seamanship. He teaches navigation and offshore courses, and establishes school sailing programs and policy. He is the author of instructional texts, including two adopted by ASA,  Coastal Navigation & Piloting used for the ASA105 course level and Docking Techniques used for the ASA118 Docking Endorsement. Tom is a lifelong sailor, owning a number of different racing and cruising sailboats, and has completed over 70,000 miles of blue water ocean sailing throughout the world in addition to extensive coastal cruising.

As a young kid, my parents lived in Philadelphia, but my grandparents had a house in Atlantic City, NJ near the gorgeous beaches of really sparkling white sand, and near the marshy back bays of the Inland Waterway where I spent many summers slogging around marshes chasing sand crabs and other vermin of these waters seldom visited by most genteel folk. But, for a ten-year old, these bays and marshes were paradise. Then one day, I saw a kid whiz by on a funny looking board with a sail, and I thought “Huh. That looks fun.” So Jimmy and I soon met, and before you knew it, we were both whizzing around in that funny little boat, he called it a Sailfish, and discovering that there was a lot more to these back-bays than sand crabs. We explored from morning till night, whizzing around in the Sailfish Express and finding all of the nooks and crannies heretofore undiscovered by humans. Then one day we saw another Sailfish whizzing around in our bay… And you know what happens when two sailboats meet. Yep! The races were on! Well, one thing led to another, and as my youthful years slipped by, the boats got bigger and the races faster and more competitive… And a whole lot more fun too! And so, I was bitten deep by the sailing bug, and it has never healed, and as a couple of decades slipped by, and my bones became too creaky to whiz around on racing boats, I was invited to crew on an ocean trip aboard a Valiant 40 from Bahamas to Norfolk, and that opened up a whole new panorama to me about ocean cruising…

ASA: What was your most memorable cruise?

I remember many of my long ocean cruises, and I’ve learned a lot from each and every one of them;g and the learning continues. Seems like each cruise is unique in some special way, but the one that sticks most in my mind was an ocean cruise from Norfolk to Bermuda, a 700 mile, non-stop, open-ocean cruise in 2012 that we did on CELESTIAL, our Island Packet IP440 at the time. We departed Norfolk at Noon on Sunday, May 27 under sunny skies and 12 knot winds with a full crew of four ASA108 students, plus First Mate David Gifford and with me as Captain. After rounding Cape Henry at the entrance to Chesapeake Bay, we set a course for a waypoint ten miles east of Diamond Shoal near Cape Hatteras, then on Monday turned to a southeasterly course toward Bermuda.

At this point, we received a weather forecast that Tropical Storm Beryl, moving west toward Florida with sustained winds of 70 mph, was forecast to turn abruptly NE and travel up the US East Coast toward Cape Hatteras and cross our outbound SE track. The bad news was that, by this time, we had no good place to go and hide. The good news was that we were well equipped to deal with the storm at sea if it hit us directly, so we set about rigging our storm gear to be ready. We also contacted the US Coast Guard to alert them of our position relative to Beryl’s track, and they asked us to keep them posted every six hours. We also prepared sandwiches and hot drinks for the overnight watch crew.

By Wednesday night we felt the increasing winds and tracked Beryl’s position using Buys Ballot’s Law pertaining to changes in wind direction relative to the passing center of a low pressure system. The overnight passed with some rough going, storm force winds and huge waves, but we rode it well, and the crew performed very well with some mal de mer, but nothing serious. By morning we could see the storm clouds as the center passed to our north. All ended well, and we down-rigged our storm gear and proceeded on to Bermuda, none the worse for the wear. This was a good outcome based on trusting the weather forecasts by the NOAA professionals, who I have found to be very reliable for open ocean cruises.

My favorite place to sail is the open ocean away from the hazards and complications of near-shore sailing. It takes a lot of advanced preparation and planning to do a long open ocean cruise, but once you turn perpendicular to the shoreline and head out to sea, life falls into a simple routine, and you can enjoy the peace and beauty of nature out there as it has existed through the millennia… I also enjoy sailing the Virgin Islands with family or friends because of the deep water, bright sun, good visibility, occasional rain squalls to cool things off and wonderful Trade Winds, although navigation requires keen attention due to the various reefs that crop up here and there.

Very simply I like the beauty of sail and sailboats and sailors. I like the technical challenges, the continuous learning of new topics and places and people, the necessity of self-sufficiency and figuring out the puzzle at hand, the realities of success or failure when you are a long way out to sea, and the arrival back in home port after a long trip.

Sailing is a broad term that encompasses many different boat types and sizes, locations and weather, racing or cruising, inland lakes or open ocean, single day or full-time live aboard, single-handed or crewed, and with or without modern electronics to name a few variations. Each of these variations requires a different set of skills, knowledge and experience, although a certain amount of overlap exists. So, when we established the Maryland School of Sailing & Seamanship 30 years ago, we needed to answer the question of “What kind of a sailing school are we?” We decided to be a large boat cruising school, focusing on students who wanted to sail boats in the 30 to 60 foot range for long distances offshore and for long periods of time, while other schools may focus on the other end of the spectrum with boats below 20 feet day-sailing on inland lakes. Both are part of the sailing community, and each requires a specialized set of skills and knowledge.

So we concentrated on big boat cruising and all of the detailed knowledge, equipment and procedures which are so important when you are 500 miles from land and King Neptune decides to kick up the sea into a frenzy. And during the past 30 years of doing these kinds of cruises, we developed our own dedicated advanced training manuals for the ASA106, 107 and 108 training levels. These manuals have evolved over the years based on our experience in doing over 150 advanced coastal cruises of 400 miles each and 130 ocean cruises of 700 to 1500 miles each. We also wrote our own Celestial Navigation books for the ASA107 course, plus the Coastal Navigation books and Docking Techniques books adopted by ASA for the ASA105 and ASA118 certification courses respectively. Also, we prepared over 40 YouTube training videos, which we make available to the public at large at no cost. These books and videos are a reflection of what we think sailors need to know about advanced cruising in large private cruising boats, and they are accessible through the Maryland School of Sailing and Seamanship website at http://www.mdschool.com/ 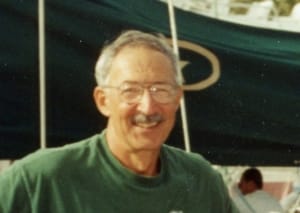