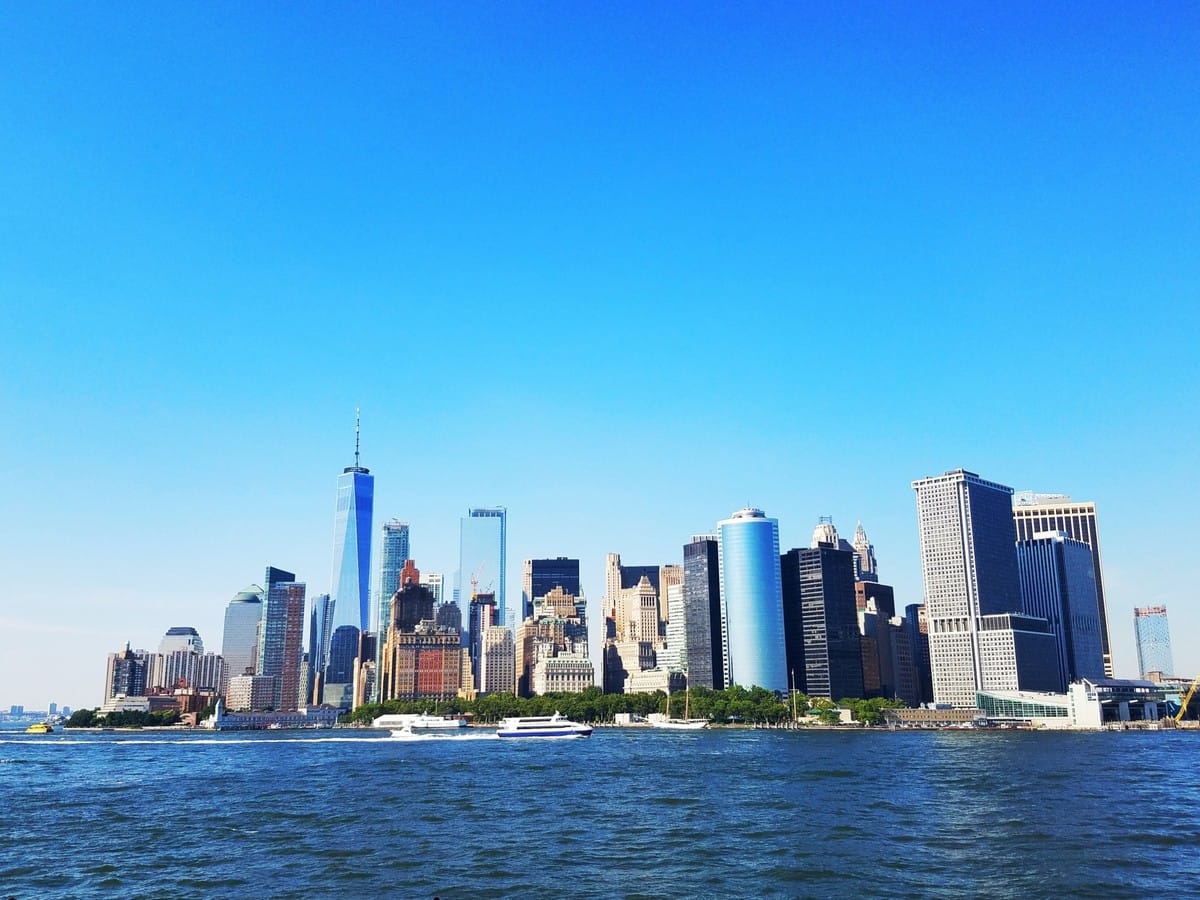 Can New York City Be Your Summer Sailing Destination?

When I turned my back on the Statue of Liberty, the view of New York City romanticized everything about this metropolis. Sunshine bouncing off the ripples in New York Harbor, the sounds of the chaos on the city streets replaced by the sounds of a boat cutting across the water. New York from the harbor is enchanting.

If you ride the Staten Island Ferry past the Statue of Liberty, you’ll see the New York skyline from the water, and you’ll notice that this vantage point is superior to most for sightseeing. Step out from the shadows of the skyscrapers and see New York City from a sailboat and you’ll experience it with only the sound of the wind.

We covered learning to sail in Central Park in an almost tongue in cheek kind of way, but the lessons you learn in a small pond are best practiced and refined on the Hudson. New York is home to several sailing schools all in easily accessible locations.

Before you plan your visit to Katz’s Deli and as you ponder a movie in Bryant Park in the middle of summer, consider a sailing vacation in New York City.

Why New York City To Learn To Sail

While it may seem odd to consider a big city like New York to learn to sail consider the option of taking two vacations in one. Sixty-five million people visited New York City last year so that would be reason enough to avoid it or perhaps a reason to consider it as your next sailing vacation. Most people will walk in Central Park, take in the art at the Guggenheim and feast on everything from fine dining to food carts. Your sailing vacation can include traditional New York tourism attractions but with a sailing twist. You’ll see the Brooklyn Bridge from down below and you’ll sail past Lady Liberty. While everyone else is trying to capture the skyline through the trees on the Great Lawn in Central Park, you’ll have your lens set to panoramic and your new profile pic will show all of New York Harbor and the most famous skyscrapers in the world.

In a simple answer, learning to sail in New York City is what sailing is all about. Sailing removes you from the ordinary and transports you to the extraordinary. Even in a big city, you can find solace on a boat. Just past the rush of city streets a few seconds from the dock, the wind fills the sail and your pace has slowed. This combination of a metropolitan destination coupled with the pace of the ocean is part of the sailing lifestyle. The great equalizer is wind and in New York Harbor, it can dictate your sailing vacation as well as your sailing education.

Sail by Day Explore by Night

Want to Learn to Sail in New York?