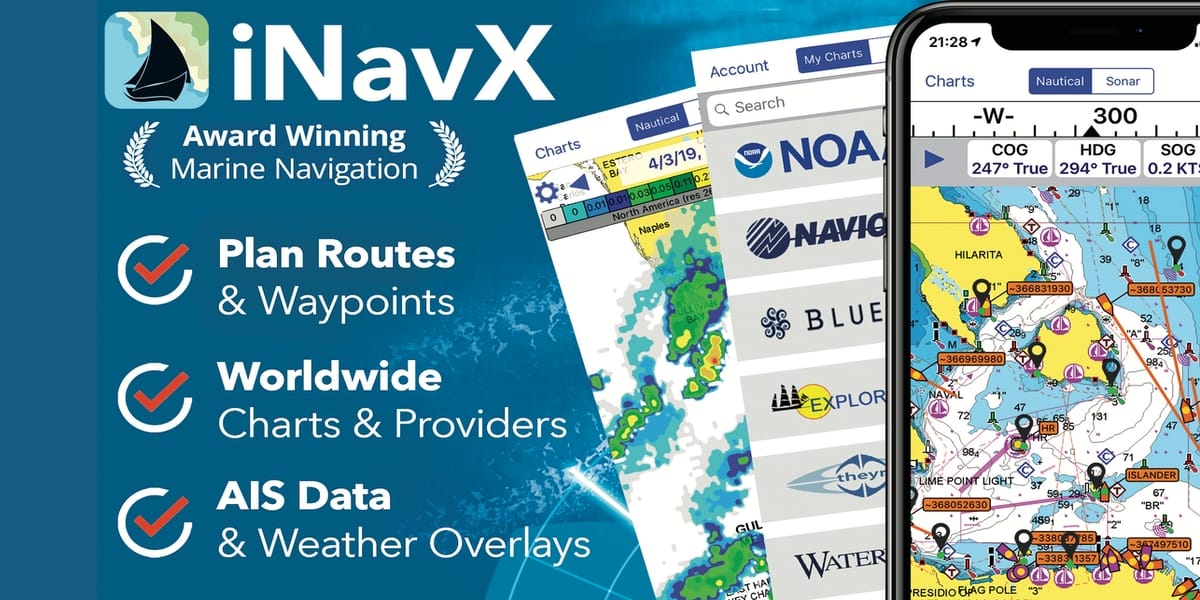 LOS ANGELES – July 10, 2019 –The American Sailing Association (ASA), America’s sail education authority, has joined forces with iNavX, innovators of the leading marine chart plotting app, to help its more than half a million members around the world learn more about leading-edge navigation. By teaming up with iNavX, ASA is able to provide boaters everywhere with state-of-the-art electronic navigation tools to successfully enjoy their time on the water.

All sailors should be versed in traditional navigation, especially when going offshore, but modern boaters should also understand electronic navigation for maximum safety and sailing satisfaction. Sophisticated navigation systems like iNavX help them plan and prepare for their voyages, as well as stay on track while underway.

In partnership with iNavX, ASA now offers members special access to the top marine navigation app via a simple download from the Apple App Store or Google Play Store. “Working together, ASA and iNavX will keep more sailors safe and informed, whether they are just learning to navigate or seasoned mariners,” said Shaun Steingold, general manager of iNavX.

ASA members receive a special 10% discount on all iNavX charts and data services. Find Out More >

Not an ASA Member? Learn More or Join Today >

Other advanced features of iNavX include high-resolution weather overlays and AIS data that are easily activated within the app. Planning trips and setting routes can be done remotely, alleviating the need for boaters to access their vessel and enter coordinates into sometimes cumbersome onboard plotters. Multiple devices can be accessed, allowing the user to pull up their iNavX navigation functions and full suite of charts on their smartphones, as well as tablets.

About American Sailing Association
The American Sailing Association (ASA) has been the leader in U.S. sailing education for 36 years. The Association has grown to include an international network of more than 350 professionally accredited sailing schools. More than one million certifications have been awarded to over 515,000 people who have been introduced to sailing through ASA schools, clubs and programs since 1983. For more information, visit www.asa.com.

About iNavX
iNavX leads the marine marketplace by delivering a fully functional MFD/Chartplotter in an easy to use App format. With more charts and chart providers to choose from than any other app or built-in plotter, a suite of features including weather and AIS, iNavX is the most modern and efficient marine navigation tool available. For more information, visit www.iNavX.com.