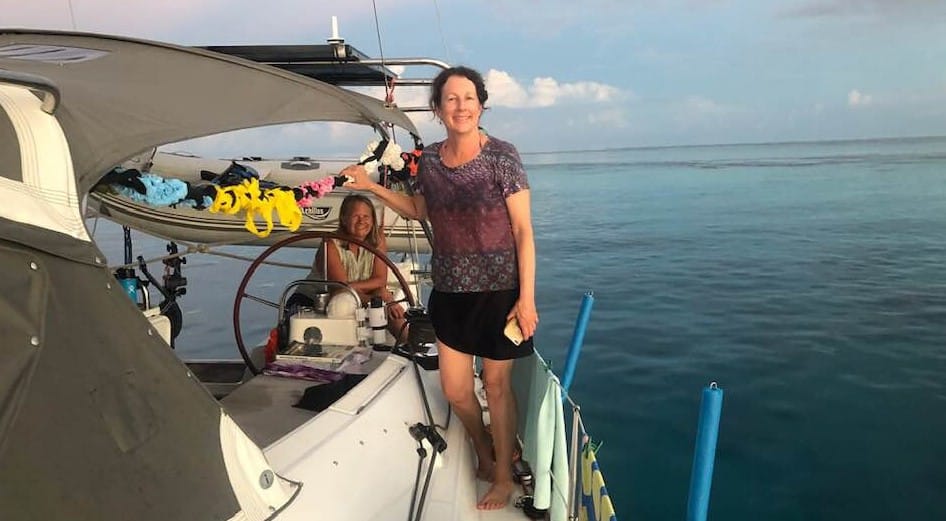 Captain Anne Alberg and Captain Diana Trump are currently sailing across the Pacific Ocean on a journey to New Zealand from their starting point in Seattle. They are sharing their journey with ASA readers along the way.

How would you pick a crew for a long sail? Captain Anne describes the process for us. 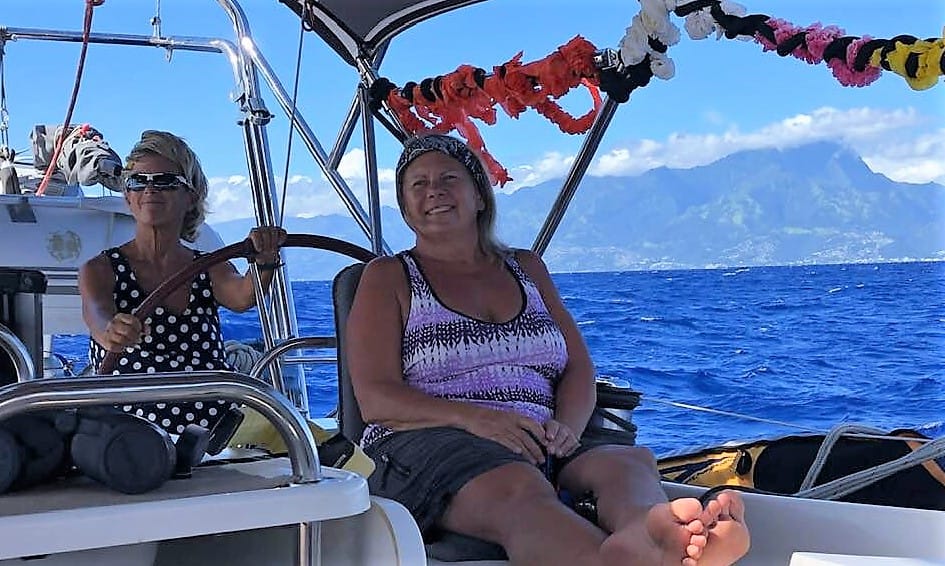 Finding a qualified crew is a challenge for the offshore cruising community. Qualified is not always defined as experienced or trained in sailing skills. It is really about personality and the ability to exist together for extended periods of time aboard a moving sailboat. As Diana and I prepared for our 14-month journey from Seattle to New Zealand aboard SV Arctic Loon, we decided to select crew from my extensive list of ASA graduates.

Some of my women ASA students grew up with a lifelong dream of sailing to the South Pacific. Our most recent visiting crew member was Robin Charters. Her inspiration came from family sailing vacations in the San Juan Islands of Washington State as a teenager and reading the book “Dove” by Robin Lee Graham in 1975 about sailing around the world. After raising 4 sons and developing an art studio in her house, Robin found herself sitting on the couch one evening wondering how to get back out on the water sailing again. She thought there must be an all women’s sailing course. Robin’s internet search found San Juan Sailing’s ASA Women’s Learn and Cruise, and her instructor was Captain Anne Alberg.

Less than two years after taking the week-long ASA Course, Robin’s immediate response when invited on short notice to crew in French Polynesia on SV Arctic Loon was “I’m booked! Yay!, I will arrive in Rangiroa, Tuamotus on May 24th“. There was a brief moment when Robin realized that she herself would be navigating her own unchartered waters during her 3 weeks aboard Arctic Loon which would include not just one night crossing between several Tuamotus Atolls, but also a two nights/three day (253 NM) crossing from the Tuamotus Archipelagos to the Society Islands arriving at Venus Point on Tahiti. 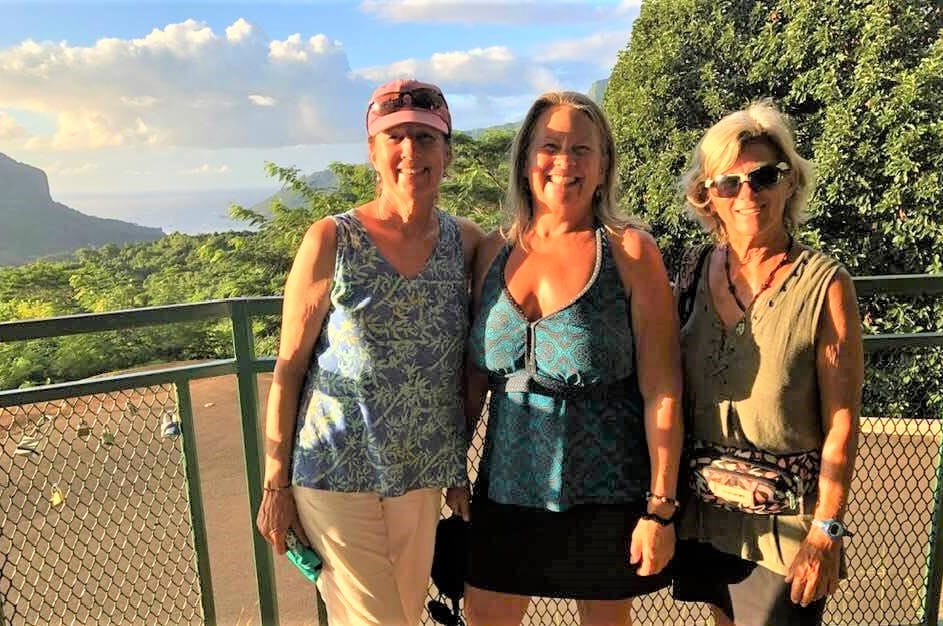 This was not going to be just a tropical sailing vacation.

“The first night was magical under the moonless night and the Milky Way with all the stars and planets brilliantly lit up. While I was at the helm and crewmates asleep and sailing along in the dark at 4knots, it could be described as a spiritual experience.” – Robin Charters

Robin’s 1st Night Watch (9 pm to Midnight) had constellation Scorpio leading the way in the dark of night. It was a New Moon. The Milky Way was unbelievably spectacular. It surprised Robin how much she loved being alone at the helm during her night watch as Arctic Loon cruised along between Toau and Apataki Atolls with 16-22 kt winds. The conditions eventually required Anne and Diana to wake up so they could reef the sails. The memories of this sail are abundant from the flight from Tahiti over the stunning turquoise lagoons inside the Atolls where Robin would be anchoring aboard Arctic Loon to seeing the Southern Cross for the first time to waiting in line with the local Polynesian families for the 7:30 am arrival of the fruit barge at the Rangiroa wharf. Along the way, Robin taught Diana and Anne art lessons while listening to endless offshore stories from Anne/Diana & Crew from other cruising boats. Robin soon got used to sharks swimming around the anchorages enough so to enjoy drift snorkeling in the South Pass of Favarava. Being delivered back to Arctic Loon in the dark of night in a torrential rain squall on a local panga after being unable to navigate kayaks/dinghy in the strong current and untangling Arctic Loon’s anchor from bommies (large coral heads) and the two day overnight crossing to Tahiti are just a few more of the highlights of the trip. The experiences varied from sitting in warm rain showers at the helm, night sailing in the dark of night with no moon and only the brilliant stars above, and outrunning squalls using the radar.

On the day Robin left, we woke up to the 32nd Annual Te Aito Outrigger event being held at Papeete Bay right where we were anchored with 2 other cruising sailboats. We spent the morning watching over one hundred 6-person Outriggers. Robin definitely took her sailing skills to the next level on her 3-week Polynesian sailing experience with Offshore Captain Anne and Captain Diana.

On leaving the Arctic Loon Robin shared her thoughts, “It was very hard to leave “Arctic Loon” the day of my departure after being there over three weeks, especially after watching the outrigger competition with the island of Moorea in the background and knowing Anne and Diana were continuing on to other islands. I knew I had to come home, but I want to go back. I hope to meet them again for another leg or in New Zealand when they arrive. For me, it was a life- time dream come true and I’m so glad I jumped at the chance to go! I’m feeling very blessed and tremendously grateful that I found the ASA course for women and met Captain Anne! The course filled in the gaps in my sailing knowledge and skills, and it gave me the confidence to say “Yes” and book my ticket to go! As well as knowing Captain Anne and Captain Diana are well qualified, talented and experienced sailors.”