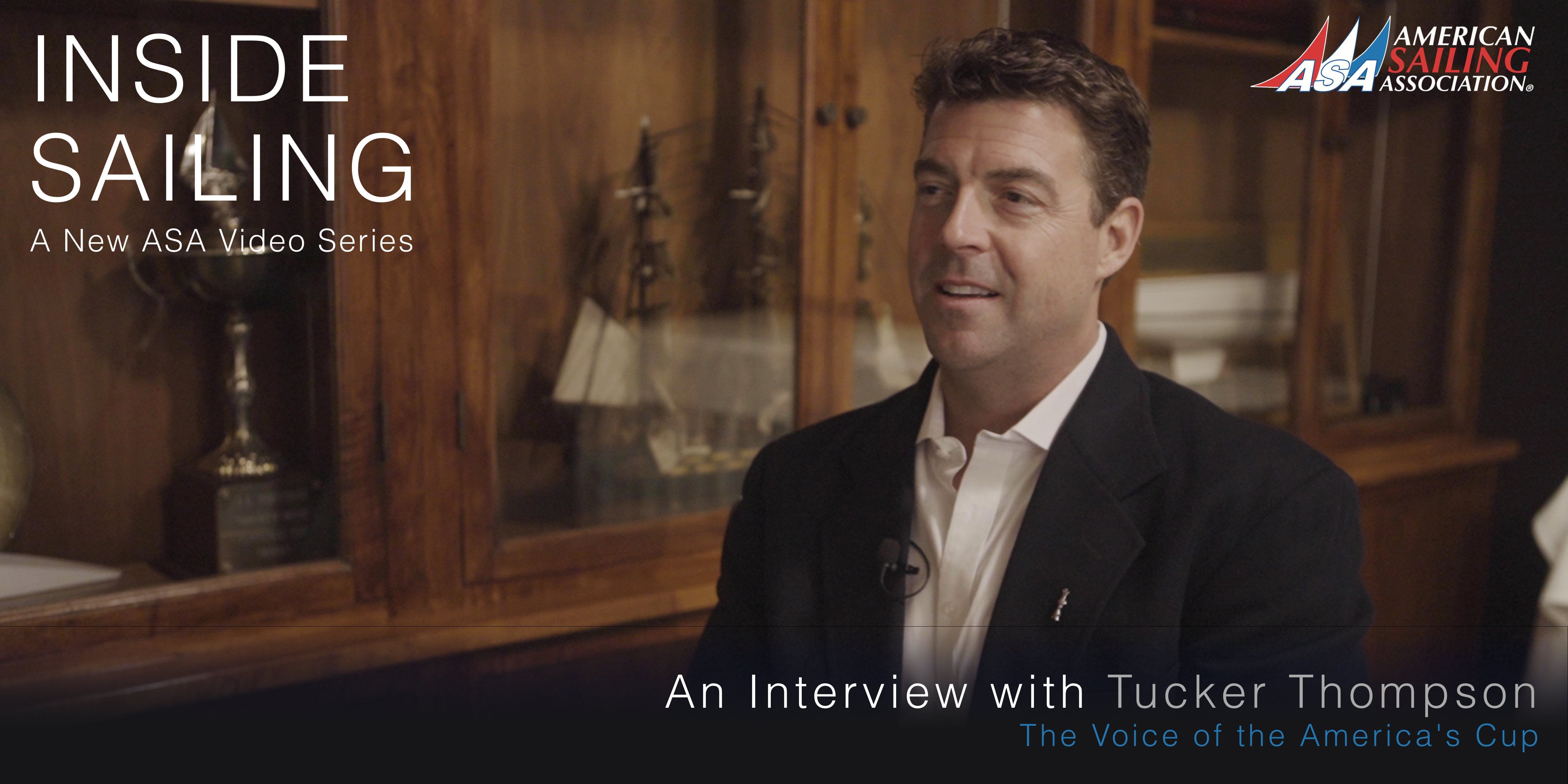 We’re proud to announce a new video series called “ASA’s Inside Sailing”, where we conduct on-camera interviews with prominent and/or interesting figures in the world of sailing.

For our latest episode of Inside Sailing, we interviewed the “Voice of the America’s Cup” Tucker Thompson. Tucker spoke about his career as a sailing broadcaster, the radical technology the AC employs and the influence this age-old sporting event has on sailing as a whole.

See other episodes of “ASA’s Inside Sailing“