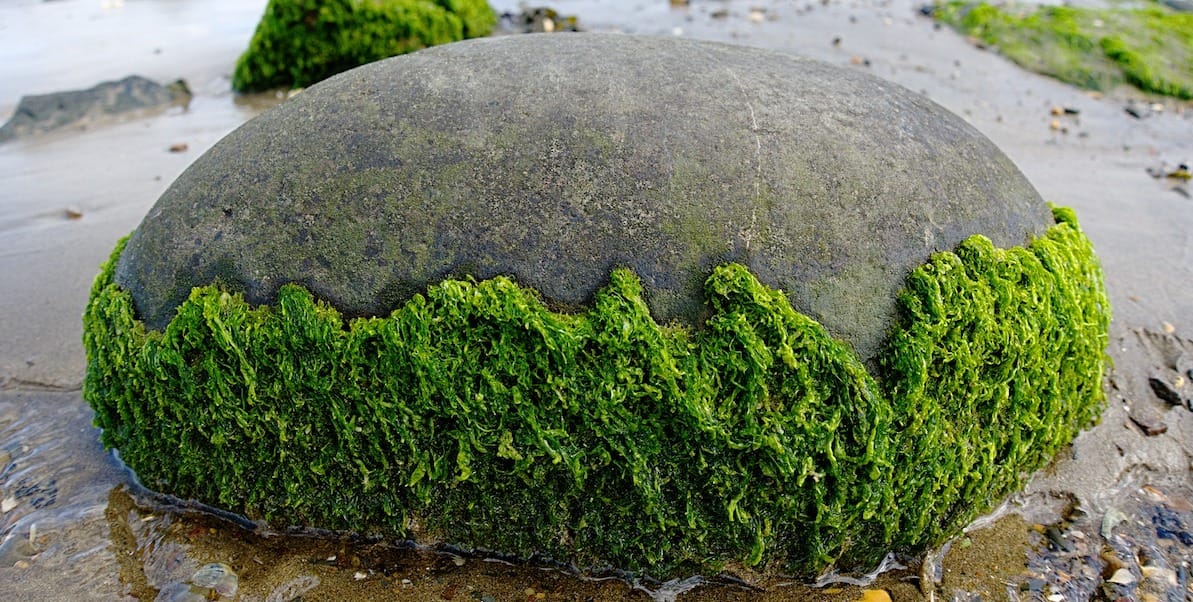 Traditionally the boating community associates algae with one word: nuisance. It covers hulls, jams propellers, slimes up fishing poles, and can even make the water unswimmable. Algae is a gigantically diverse group of marine organisms, ranging from tiny single-celled plankton, to kelp that stretches hundreds of feet toward the surface, to the wrapper of your favorite sushi roll.

While our frustrations with algae are fair, I think its bad rap isn’t entirely deserved. Consider all the animals we love that are housed and fed by algae, for example. And in times of pollution and climate change, algae has potential for addressing a variety of environmental issues. It grows crazy fast- up to ten times faster than land plants, it can be farmed on non-arable land, and has dozens of applications.

Imagine the luxury of finishing a bottle of water and then eating the bottle! Edible and biodegradable water bottles are being developed by labs with the use of jelly-like compounds in brown algae. This compound, called “agar,” is used in common products like ice cream, mayonnaise, and toothpaste.

Edible water bottles and tasty ice cream aren’t the only possibilities for algae. Its long-chain organic polymers can be used to create a variety of materials and biodegradable plastic substitutes.

(Algae technically is not a plant…but it I digress.) All algae is photosynthetic- meaning it produces its energy from sunlight. Some microalgae store this energy in the form of oils, which can be extracted and used as biofuel. According to the U.S. Department of Energy, microalgae could produce up to 60 times more oil per acre than terrestrial plants.

This fuel source has an additional benefit: in addition to sunlight, algae consumes carbon dioxide to make energy. While burning other sources of fuel generates this greenhouse gas, algae “eats” it!

The list of climate change-related threats to the ocean is not short: coral bleaching, ocean acidification, sea level rise and storms, and fisheries collapse are only a few.

The world is shifting its focus to emitting less carbon and other harmful gases into the atmosphere, but in the meantime, nations and corporations alike are seeking “carbon credits” to offset the emissions they produce. Like I mentioned earlier, algae “eats” carbon dioxide and produces oxygen, a win-win! Commercially grown algae can be used to directly offset the carbon produced by a business and then the finished product could be sold to make other materials. Is that two win-wins in a row? 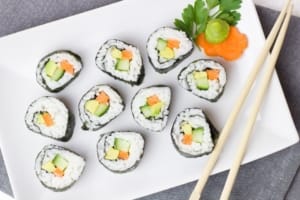 If you’re looking to reduce your personal environmental footprint, incorporating more plant-based protein into your diet makes a huge impact. In fact, the plant-based food industry is growing at a rapid rate in response to consumer demand.

Algae is rich in vitamins, packed with protein, and offers a variety of health benefits. (If you eat sushi, you are already enjoying algae’s salty goodness.) It is being used as feed for aquaculture and even terrestrial livestock, but we can also “skip the middleman” and enjoy the benefits of algae ourselves. There are even companies developing meat and dairy substitutes from algae.

Yes, that film of green scum covering the bay and the little ecosystem that has attached itself to your hull is indeed a nuisance, but perhaps we should give algae a break. After all, in the fight to save our oceans we need all the allies we can get, slimy or not.