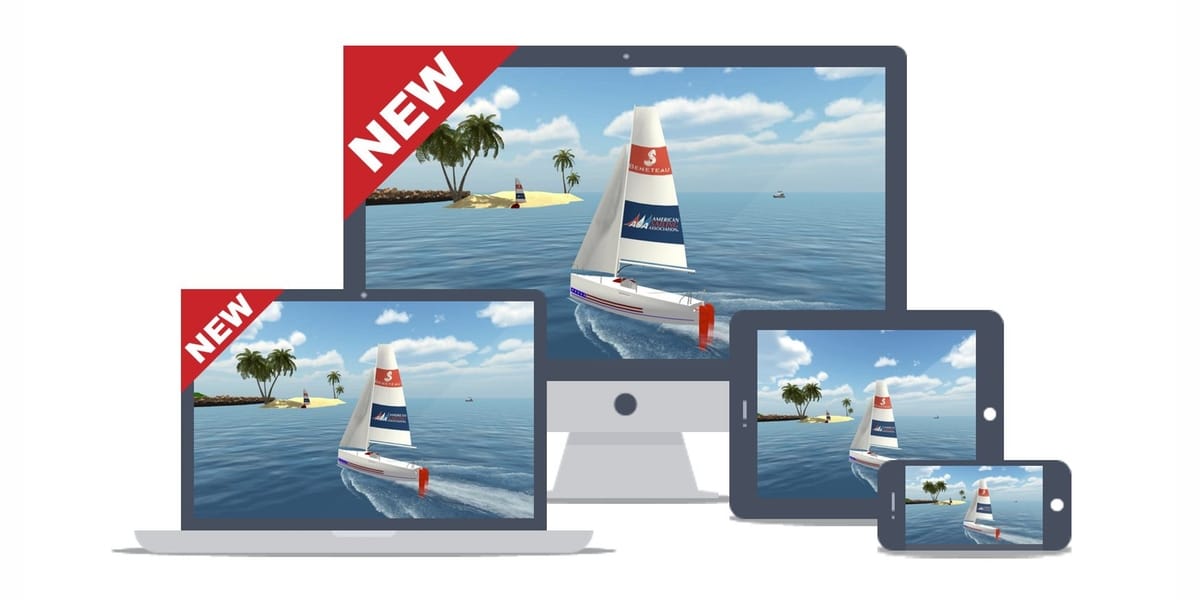 LOS ANGELES – November 14, 2018 – The American Sailing Association (ASA), America’s premier sail education authority, announced today that its top-rated sailing app, Sailing Challenge, is now available on the large screens of laptops and desktop computers. Previously available only on the mobile platforms of iOS and Android, the best selling sailing app serves double duty as a teaching tool and an entertaining game and can now be launched on a laptop or a desktop computer.

Sailing Challenge combines the most innovative thinking in digital education with ASA’s experience in sailing instruction to create a stimulating game that allows players to climb aboard, take control of the tiller and the mainsheet , and sail off on a virtual sea of fun. Originally designed as a teaching tool for ASA instructors to help illustrate the principles of sailing in a rich interactive format, more than 50,000 sailors have honed their skills via the cutting-edge app since it was first launched in the summer of 2016.

“After playing Sailing Challenge for just a few hours, folks can get out on the water in the real world with an extra boost of confidence,” said Lenny Shabes, ASA’s founder and Chairman. “Fun, exciting and realistic, there is no question that this app is helping people become better sailors.”

“After you learn Points of Sail, Apparent Wind, Sail Trim, Tacking and Jibing, Rules of the Road and Docking, you can then put it all together when you race the clock in the app’s sailing module,” said Shabes. “When ASA says the fun starts here, we really mean it!”

11 modules unlock the mysteries of sailing, but the big news is Version 2.0 of Sailing Challenge is now available in large format for laptops and desktops at Microsoft and the Mac App store, as well as for mobile platforms at the iOS App Store, and at Google Play. Visit asa.com/sailing-challenge-app/ for all the details.

About the American Sailing Association
The American Sailing Association (ASA) has been the leader in U.S. sailing education for 35 years. The Association has grown to include an international network of more than 350 professionally accredited sailing schools. More than one million certifications have been awarded to over 500,000 people who have been introduced to sailing through ASA schools, clubs and programs since 1983. For more information, visit www.asa.com.