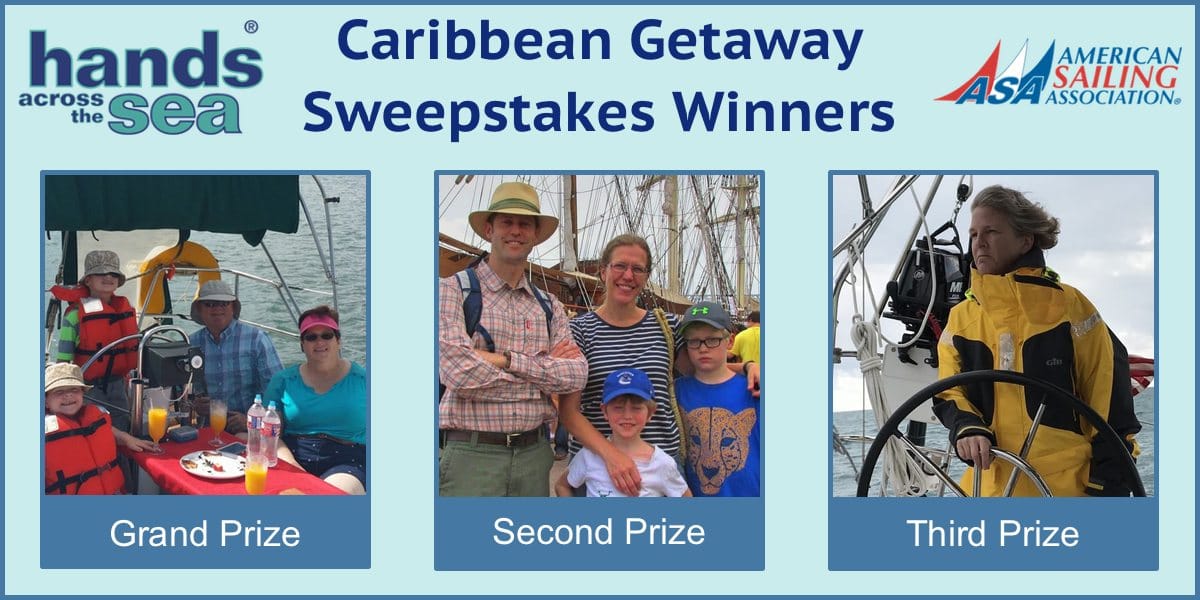 A big thank you to everyone who entered the 2018 Caribbean Sweepstakes. We had a record breaking year and you all helped us raise $41,379 for Hands Across The Sea. “We are truly grateful for our ongoing partnership with the American Sailing Association, which has been extremely fruitful for us, as well as the generosity of Horizon Yacht Charters and Elite Island Resorts,” said Tom and Harriet Linskey, co-founders of Hands Across the Sea, the largest and most effective literacy assistance organization serving the Eastern Caribbean. “Thanks to this annual program, a true win-win for everyone involved, we have witnessed the power of books and reading to transform the lives and economic futures of children in the Caribbean communities we serve.”

One-week bareboat charter for four in St. Vincent and the Grenadines courtesy of Horizon Yacht Charters 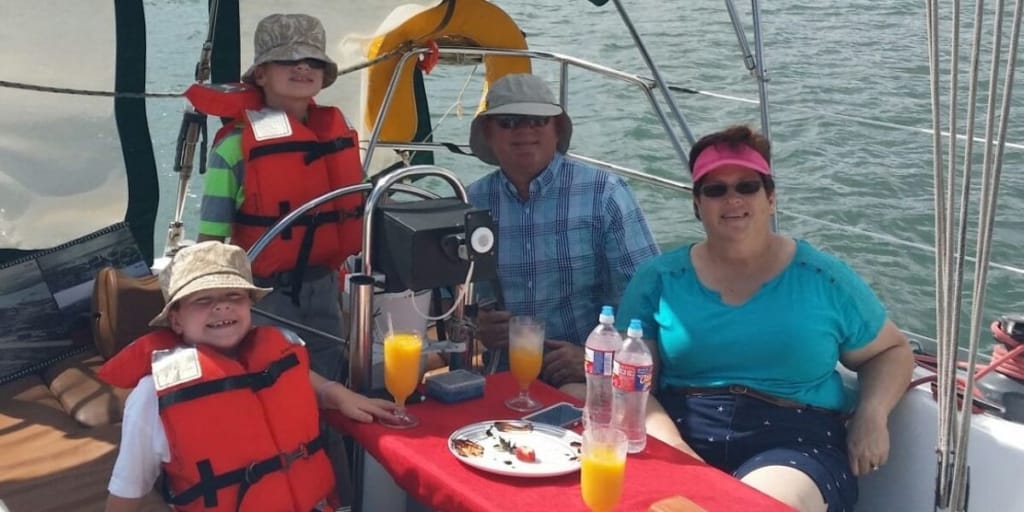 ASA member Julie Via has been sailing since 1972, starting on her family’s Newport 27 on the waters of Santa Monica Bay and racing Schock 35s, among other boats. She was a member of the Santa Monica Yacht Club and a past commodore of the Women’s Sailing Association of Santa Monica Bay. In the late 90’s she moved to Tulsa, Oklahoma, where there are 15 lakes within less than two hours of downtown.  She introduced her husband, Jim to lake sailing and together they went to ASA-affiliated Island Fever Sailing School on Grand Lake.  One of her most memorable moments was taking her now late father-in-law out for his “last sail” on an Oklahoma lake. For their honeymoon 13 years ago, Julie and Jim took a Barefoot Cruise from Aruba to Trinidad, and cruising St. Vincent and the Grenadines has long been on her list. Julie and Jim have two boys, ages 10 and 11, and they are looking forward to visiting a school library and meeting local children on their trip. Congratulations, Julie! 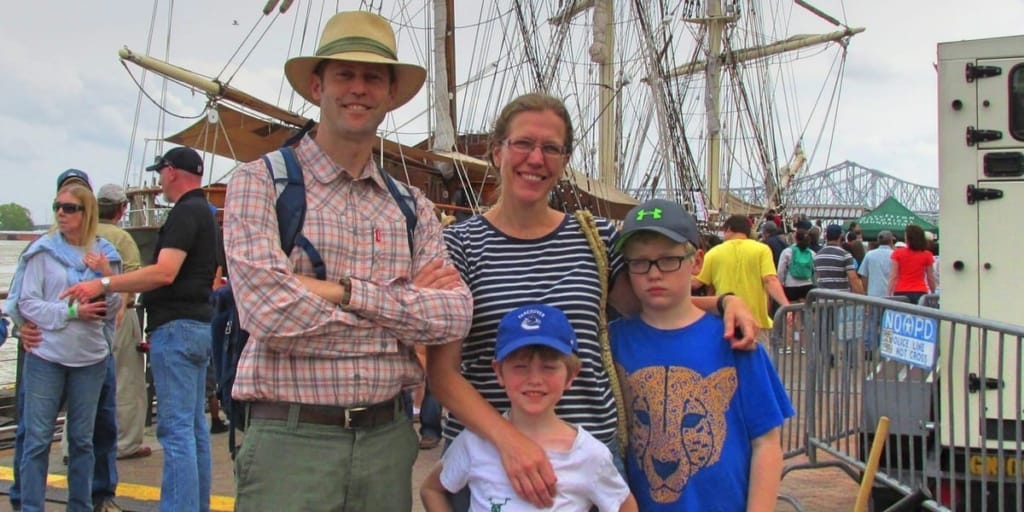 ASA member William Carter and his wife, Christina, sail on Lake Pontchartrain with their two boys, ages 6 and 9, using their SailTime New Orleans membership. While William grew up sailing Sunfish and Lasers on the lakes of Alabama and Florida, he formalized his education in 2016 with ASA 101 instruction in Beneteau First 22s. One immediate goal is to sail the Gulf Islands along the Texas, Louisiana, Mississippi and Florida coasts. William and his wife are university educators, and they also run a nonprofit that introduces children ages 3 to 12 to hiking and enjoying the outdoors of southern Louisiana. They are looking forward to their Antigua trip and visiting a Hands Across the Sea school library with their two sons. 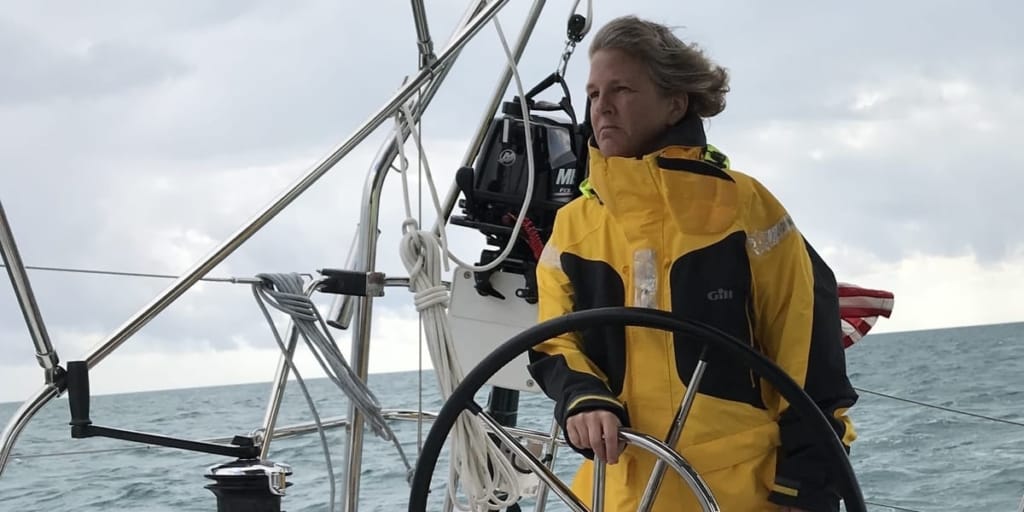 Lori Bishop, who grew up in Indiana far away from sailing, took her first ASA course in 1990 and became aware of Hands Across the Sea’s work while cruising with friends in the Caribbean in 2010. She loves Caribbean and bluewater sailing and has raced in Antigua and St. Barth’s events as well as delivered a boat from Cowes, England, to Las Palmas. She’s also very persuasive. Four years ago, she fell in love with a serious powerboater, Charlie, and through courses at Blue Water Sailing School in Ft. Lauderdale has converted him away from the dark side into the sailing light. In fact, Charlie has given up his power craft and they are about to take delivery of a Niagara 35 which they plan to sail in south Florida and over to the Bahamas.