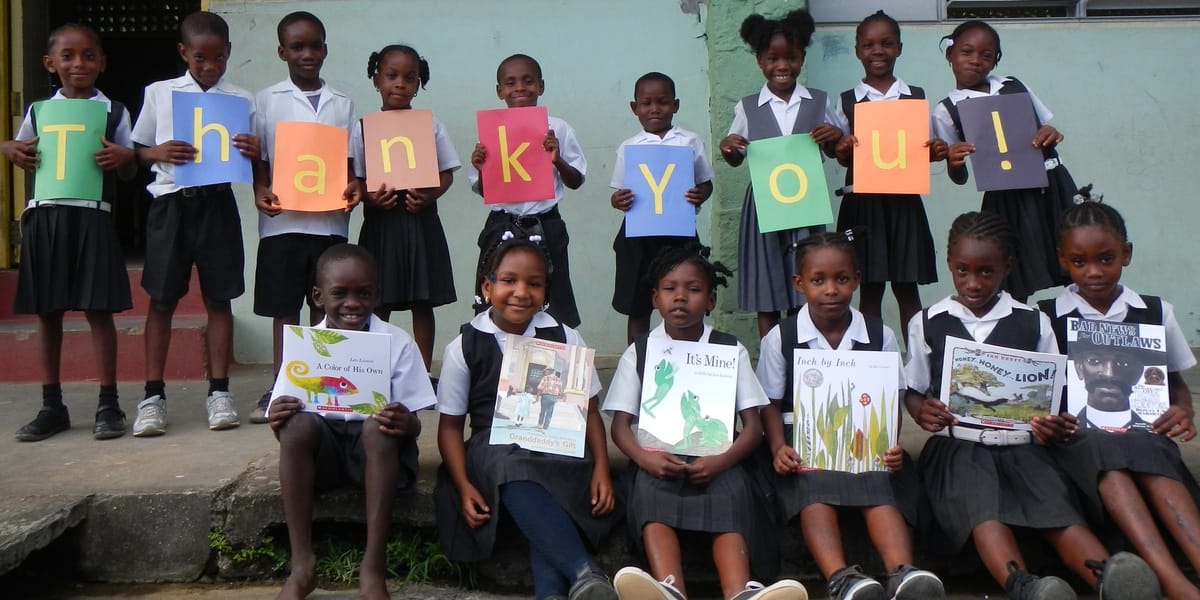 FOR IMMEDIATE RELEASE: American Sailing Association raises more than $41,000 for Hands Across The Sea in its 2018 Caribbean Sweepstakes. $180,000 Donated to Non-Profit Organization Focused on Raising Literacy Levels of Caribbean Children Since 2012

LOS ANGELES (November 2, 2018) The American Sailing Association (ASA), America’s premier sail education authority, announced today that it raised $41,379 in its fall 2018 Caribbean sweepstakes benefitting Hands Across the Sea. Since ASA selected Hands Across the Sea as its exclusive fall sweepstakes charity partner seven years ago, it has helped to raise approximately $180,000 for the non-profit organization committed to raising literacy levels of children in the Eastern Caribbean.

Throughout September and October 2018, people who watched a one-minute video about Hands Across the Sea on ASA’s website and made an optional donation to the charity, were entered into the sweepstakes for a chance to win the grand prize of a weeklong sailing charter in St. Vincent and the Grenadines (courtesy of Horizon Yacht Charters and valued at $3,000), as well as chances to win a weeklong vacation at The Verandah Resort & Spa in Antigua or the St. James’s Club Morgan Bay Resort & Spa in Saint Lucia (courtesy of Elite Island Resorts and valued at $900 each). Randomly drawn earlier this week, this year’s winners were: Julie Via, William Carter and Lori Bishop (meet the winners).

Tom & Harriet, founders of Hands Across The Sea, sailing in the Caribbean

“We are truly grateful for our ongoing partnership with the American Sailing Association, which has been extremely fruitful for us, as well as the generosity of Horizon Yacht Charters and Elite Island Resorts,” said Tom and Harriet Linskey, co-founders of Hands Across the Sea, the largest and most effective literacy assistance organization serving the Eastern Caribbean. “Thanks to this annual program, a true win-win for everyone involved, we have witnessed the power of books and reading to transform the lives and economic futures of children in the Caribbean communities we serve.”

To date, Hands Across the Sea has raised funds to provide over 464,000 books to more than 400 schools and libraries in the Eastern Caribbean. Over 100,000 students have benefitted from the support of generous sailors and other donors.

“The Caribbean and its people are extremely important to us at the American Sailing Association,” said Lenny Shabes, ASA’s founder. “The majority of our members express an interest in sailing the waters that surround the islands that benefit from the work of Hands Across the Sea. Thus, it is our responsibility to help.”

Hands Across the Sea donates books from education publishers Scholastic, Penguin and Capstone, and Caribbean imprints such as Macmillan Caribbean and Editorial Campana Books. Since its founding 11 years ago, the charity has expanded its services to also providing teacher professional development and student librarian training to Eastern Caribbean schools.

About the American Sailing Association
The American Sailing Association (ASA) has been the leader in U.S. sailing education for 35 years. The Association has grown to include an international network of more than 350 professionally accredited sailing schools. More than one million certifications have been awarded to over 500,000 people who have been introduced to sailing through ASA schools, clubs and programs since 1983. For more information, visit www.asa.com.