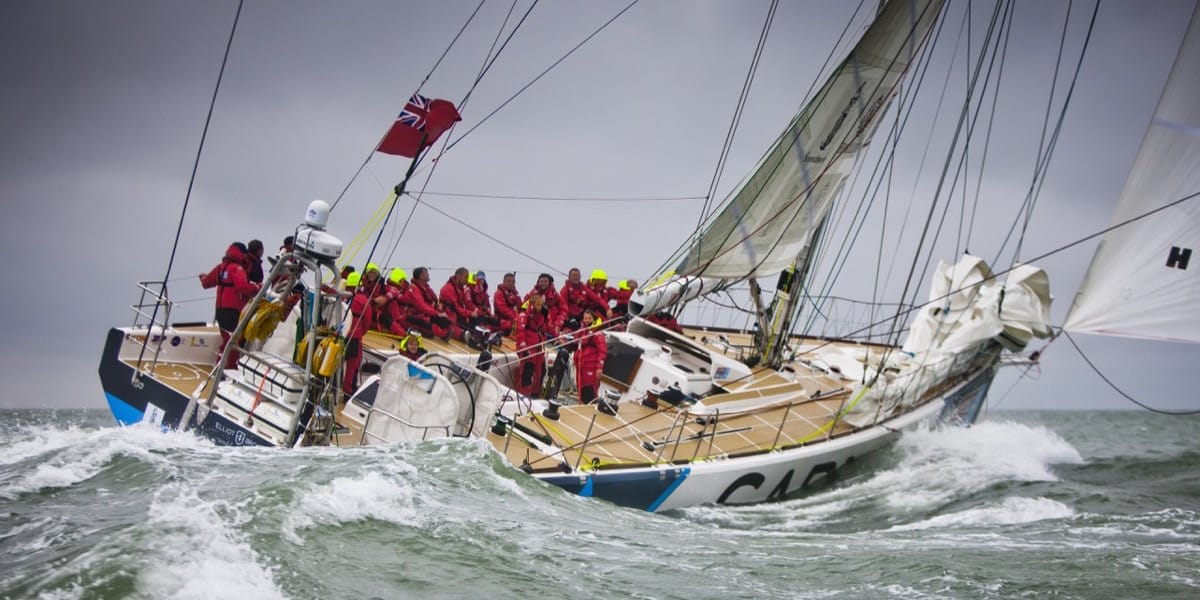 There are some truly amazing circle-the-globe races out there. There’s the Volvo Ocean Race, the Vendee Globe, the Barcelona (doublehanded) World Race and the upcoming Golden Globe Race that will recreate the first solo unassisted round the world contest that happened in 1968, to name a few. But let’s face it, most of us are not going to be surfing down a building-sized wave doing 29-knots in a Volvo 65 or negotiating icebergs while blasting through the Southern Ocean in an Open 60 any time soon, so we watch and live vicariously through the lives of professional sailors.

Ah, but hold on… maybe it is possible to have such an experience without devoting a life to climbing through the ranks of the competitive sailing world. Maybe there’s a way an ordinary Joe or Jane can sail a million dollar race boat and make it happen just the same. There is – it’s called the Clipper Round the World Race and they will not only gladly accept you but will train you and help you every step of the very long way.

The Clipper Round the World Race is a race for the rest of us. With no prior experience necessary, anyone with the will, the courage and the money for a ticket can climb on one of their 70-foot ocean racing yachts and literally sail around the world just like the pros. And just because it’s for amateurs, the Clipper Race is no joke, it is designed and suited only for those who are up for the ultimate challenge. The ocean has no idea that you paid for an experience. As their site says:

“The sea does not distinguish between Olympians or novices. There is nowhere to hide – if Mother Nature throws down the gauntlet, you must be ready to face the same challenges as the pro racer.”

These “same challenges” were exactly what ASA certified sailor Scott Elles, who has completed ASA 101,103,104 and 114, was looking for a true open ocean racing experience on a fast bluewater racer.

“I saw it as a fast track way to learn real ocean crossing type sailing,” says Elles of getting involved in the Clipper race. “And it has been that so far…what I’ve learned is just incredible.”

The adventurous business owner is a member of Team Garmin and is participating in three of the eight legs of the Clipper Race. The event allows for a crew to do all or some of the legs and he is even considering adding another leg if he can take a bit more time from work.

When asked what has surprised him most so far on this incredible journey, he scratched his head and speculated that maybe it was the desensitization that he felt after being in seas as high as 12-meters and thinking nothing of it.

“That just becomes the norm,” Elles says. “I guess that’s a surprise, that you can become so normalized to something that is so not normal for most people.”

All in all, he said his participation in the Clipper race has been beyond a life-changing experience both as a sailor and as a person. He’s made friends he knows will last a lifetime, honed his sailing skills like nothing else could and attempted to cook spaghetti sailing upwind in a 30-knot breeze heeled over 45-degrees… unsuccessfully.

Applications are currently being accepted and training is already underway for the Clipper 2019-20 Race – sign up today!