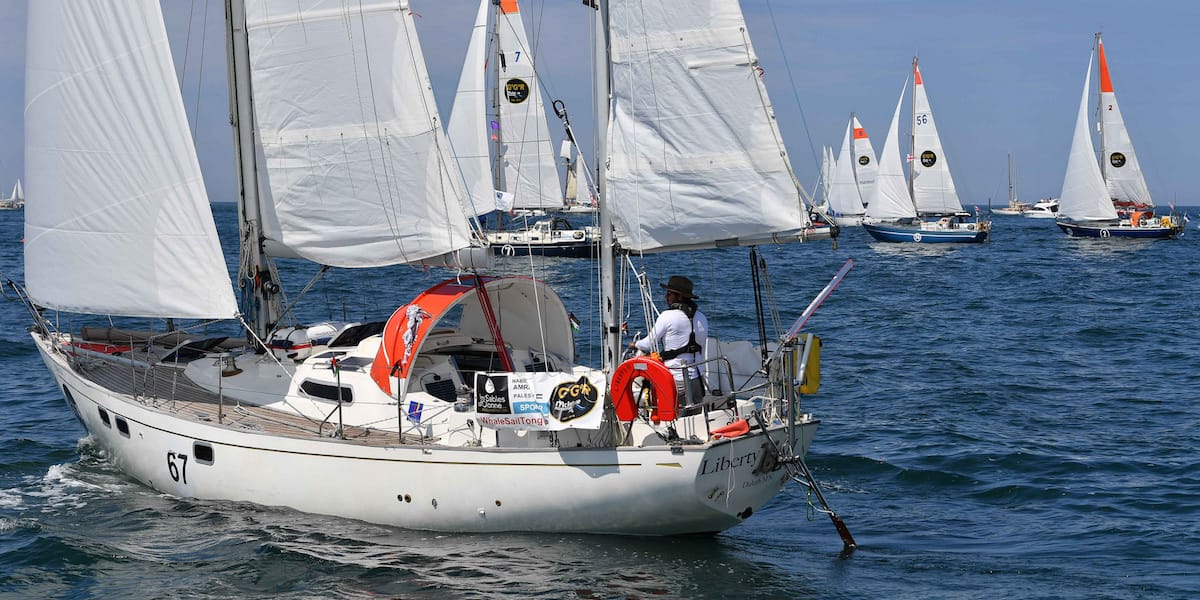 These days, when you think about round the world races, images of high tech surfboard-like carbon fiber boats with enormous black sails sailing downwind at 21-knots come to mind. There’s a square-jawed professional sailor at the helm, staring up the tall mast at a sail that bears the name of a company we all know. These wonders of technology are walking that tightrope of overall weight and durability. The skipper measures the weight of the hands on his watch and prays that carbon mast is as strong as they say.  It’s truly fun to watch and follow but is it relatable to the average sailor? Not so much…

However… There is a new race on the scene called the Golden Globe Race (that staged its start a couple of days ago) and it is extremely relatable to the regular ol’ weekend sailing breed. Probably more relatable than any round the world race since Robin Knox Johnston won the Sunday Times solo round the world race back in 1969 aboard his ketch Suhaili. Johnston’s winning vessel was a hearty wooden cruising boat and he was competing against eight others in mostly slow, beefy, blue-water cruisers. That race was the first of its kind and it was a rare thing to see one person sail non-stop unassisted around the planet. The boats were equipped with Dark Age technology compared to today and it required the highest level of seamanship and courage. Also notable was that there were hardly any predecessors to study and learn from – they were pioneers. 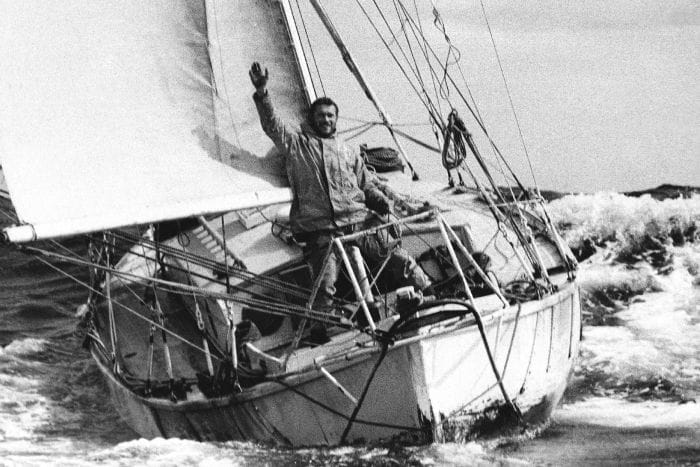 The Golden Globe Race will also see hearty cruising boats race without a lot of technology. Interestingly enough, there’s even a replica of Johnston’s winning boat competing in the GGR. The truth is there are lots and lots of similarities between these two contests because the GGR is a re-creation of the Sunday Times race which was actually called the Sunday Times Golden Globe Yacht Race. The GGR is a celebration of that race, paying homage by creating rules that simulate that period in time. Competitors must adhere (mostly) to the technologies that existed in ’69. The rules dictate:

“Entrants are limited to sailing similar yachts and equipment to what was available to Sir Robin in that first race. That means sailing without modern technology or benefit of satellite based navigation aids. Competitors must sail in production boats between 32ft and 36ft overall (9.75 – 10.97m) designed prior to 1988 that have a full-length keel with rudder attached to their trailing edge.”

So no GPS, no weather routing software, no fuel cells, no autopilot, no Sat phone, no nothing. It’s all about that wacky sextant and big paper charts.  Modern round the world solo sailors ward off the inherent and sometimes terrifying loneliness with email, Sat phones and/or video diaries but these sailors will be isolated for very long stretches of time and because the boats are so much slower, they can expect to be out at sea for the next 300 days. The Golden Globe Race race is for the stoic, tough, plodding sailor who will round the five great capes with only the bare essentials. 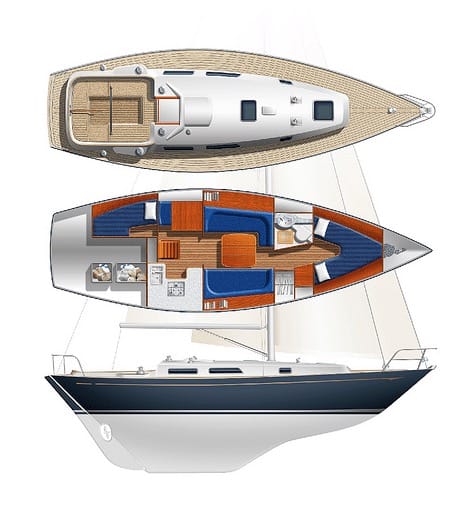 The inaugural race saw 18 boats/skippers on the start line in Les Sables-d’Olonne, France  – 17 men and one woman and after a few days at sea they seem to be all moving along as expected. Most of the boats are averaging about 4-knots although the current leader, Jean Luc Van Den Heede is a little closer to a whopping 5-knots sailing his Rustler 36.

Many of the boats are still within radio range so there have been reports of sailors adjusting to this new life at sea and taking lots of sextant sights. Winds have been a bit capricious – sometimes blowing 25-knots, then petering to nothing. Such is sailing…