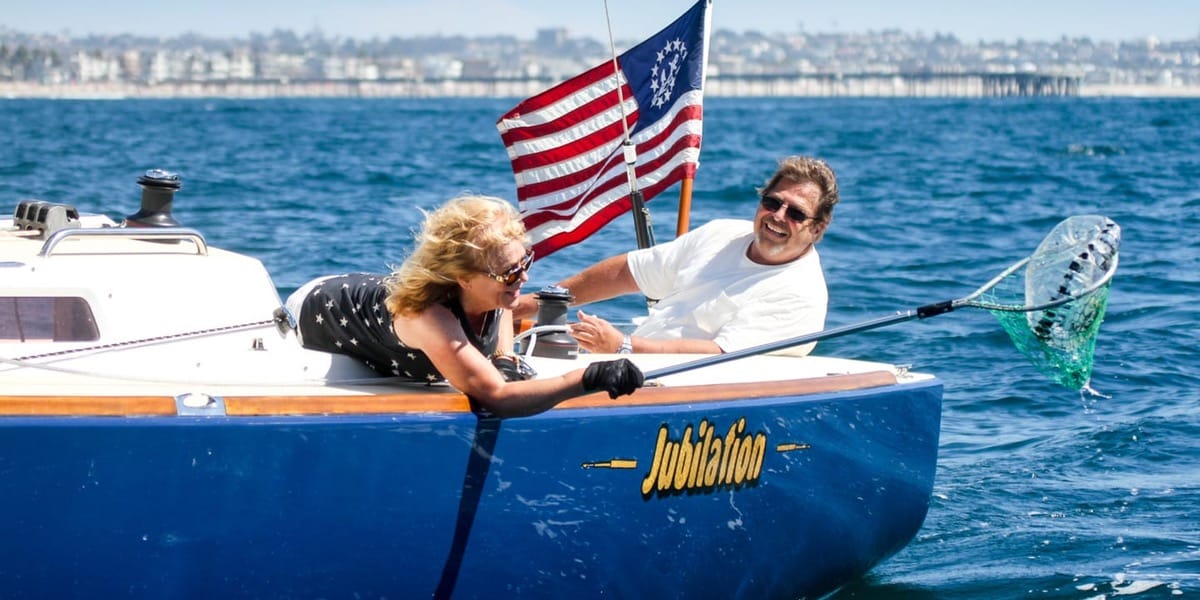 LOS ANGELES, June 5, 2018 – Plastic pollution is choking our oceans, trickling into our local rivers, lakes and streams, poisoning wildlife — and all of us. The United Nations estimates that by the year 2050, we will have more plastic debris in our oceans than fish. The restaurant industry and the European Union is fighting back by starting to ban plastic straws. And now the sailing industry is joining in the fight.

To help clean up our waterways, the American Sailing Association, the world’s largest sailing organization and America’s sail education authority, announces a new crusade called Operation “Plastic Pollution Purge.” Just in time for the annual June 21st Summer Sailstice, the global celebration of the longest sailing day of the year, boaters in our area and throughout the nation will join forces in this new initiative to clean up trash from our waterways.

“Plastic pollution is not an ocean, river, lake or stream problem, it’s a people problem. We must do our part to discourage everyone from trashing our waterways with plastic bottles, bags, cups, utensils and plates,” says Lenny Shabes, CEO and founder of the American Sailing Association. “Starting the week of the Summer Sailstice, we want everyone out on a boat to clean up trash wherever and whenever they see it. Always bring back more plastic than you take. If we all do our part, we can make a difference by raising awareness and reducing the amount of plastic debris in the water.”

Why Should You Care?

The Great Pacific Garbage Patch is an 80,000-ton beast of debris lurking in the Pacific Ocean between Hawaii and California. It has grown to twice the size of Texas. There are five such plastic islands polluting oceans throughout the globe, threatening wildlife and ultimately the food we eat.

As the plastic breaks up into tiny pieces, birds and fish think it’s food and eat it. Their bellies get full and they ultimately starve themselves to death, killing our food supply. Some scientists say this poisoning of the food chain ultimately poses a threat to all of us, pointing to links between plastic pollution and cancer, among other illnesses.

Eighteen billion pounds of plastic waste blows into the ocean each year. That’s the equivalent of five grocery bags of plastic trash sitting on every foot of coastline around the world.

We need you to help us spread the word about this global plastic pollution epidemic that is hurting our waterways, wildlife and food supply.

We invite you to come sailing with us as we kick off our Plastic Pollution Purge cleaning crusade from June 16 – 23, or any day throughout the summer sailing season.

About the American Sailing Association
The American Sailing Association (ASA) has been the leader in U.S. sailing education for 35 years. The Association has grown to include an international network of more than 350 professionally accredited sailing schools. More than one million certifications have been awarded to over 507,000 people who have been introduced to sailing through ASA schools, clubs and programs since 1983. For more information, visit https://asa.com/plastic-pollution-purge/.