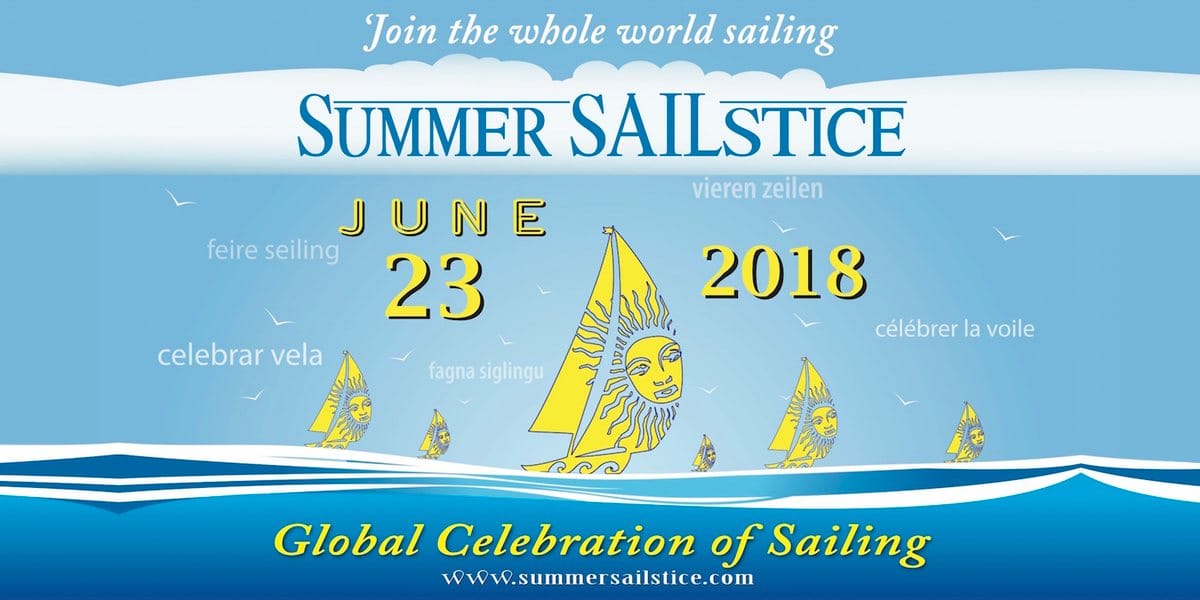 Every year the Summer Sailstice gets a bit more popular and a lot more fun. For the uninitiated this event… well, it’s not really an event, it’s a weekend designated for doing sailing related things, wherever you happen to be. On the weekend of June 23 and 24 many sailing schools, yacht clubs, sailing organizations and all kinds of other small groups who love sailing will be either organizing a Summer Sailstice event or participating in one.

The Summer Sailstice website, summersailstice.com, acts as a hub and an organizational helper to make it all happen. They have pre-made templates for press releases, invitations, email blasts, logo art, participation awards and other incentive based ways to get people involved. There are a bevy of big name sponsors who back and support the effort making each year a bit bigger than the last. Plus everyone who hosts an event or participates in a Summer Sailstice event has the chance of winning one of many great prizes that range from magazine subscriptions all the way up to bareboat charters!

“Of course we love it, “ said ASA president Cindy Shabes, “A lot of our schools organize flotillas or other special functions, but this year we’re really hoping that everyone will participate in some way. We’re also hoping that the Go Sailing app figures into the grand scheme.”

ASA’s GO SAILING app connects crew with skippers and publicizes local sailing happenings, which seems almost custom made for a weekend like this.

“The GO SAILING app has grown so much in the past year,” Shabes said. “It had a bit of an impact on the Sailstice last year, but this year, if people tap in, it could really make an enormous difference in participation.”

There are already dozens and dozens of events on the Summer Sailstice calendar all over the country and there’s even one happening in China.

So we say: If you have a school or club or you’re working on a certification or you’re active in your yacht club or you just love sailing and being together with other sailors; start something up. Use the resources the site has made available and contribute to making this a weekend that becomes massive. Let’s all participate and feel the connection – let’s create our own holiday. Just like on the Fourth of July, everyone feels a little more American, June 23 and 24 will be our time.

When we yank on that main halyard and hear the familiar sound of our sail ascending, we’ll know that in places all across the nation and beyond, someone else is doing the exact same thing and that will feel good.

Go to summersailstice.com or download the GO SAILING app to see what’s going on near you.