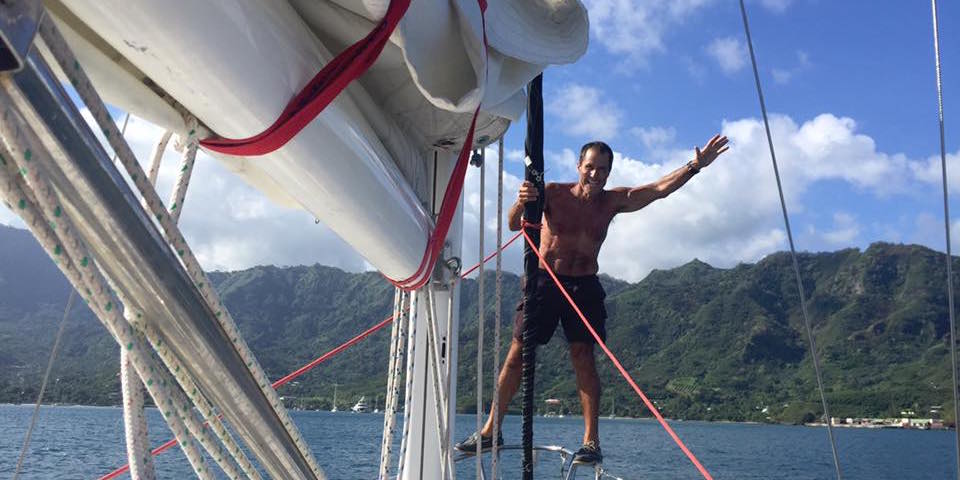 Here’s the deal: We love to see regular ol’ people discover sailing, then learn to sail through one of our schools and, in the end, continue sailing for a lifetime. Call it corny, but it’s really a gratifying feeling. Sailing is one of those things that just makes life a more enjoyable experience. It can produce unforgettable adventures that can literally change lives so, of course, that story makes us happy. However, another scenario we like just as much is one where a person gets the sailing bug, devotes themselves to obtaining all possible certifications and decides to change course and make sailing their livelihood. Through the years, here at ASA, we’ve seen that tale play out time and time again and it never gets old, but the story of Captain Robert Kupps was particularly fulfilling.

Captain Kupps is the upbeat owner/operator of Captain Kupps’ Ocean Adventures-Mexico in Puerto Vallarta and by all appearances is having a blast sailing the tropical waters of Southern Mexico where life moves a bit slower and the sailing is sweet. Kupps has been there for the past 25-years and while he isn’t complaining, he had always wanted to sail down to the French Polynesian islands – a bucket list adventure to be sure. But time passed and life was busy, so the trip was always a wish away… until it wasn’t. In 2016 Kupps got proactive, deciding not only to accomplish his goal of sailing to the islands, but he’d go one better and start a modest school on the small island of Taha’a, near Tahiti.

“The original reason that I went there was to just sail there because it’s the dream of many people and certainly a big dream of mine. The other idea was to maybe start a school there and continue to grow the business – after all these years, we were looking to do something new and exciting.”

“We’ve been here in Mexico for 25-years and we love it, we know it well. We’ve sailed the coast, up down and everywhere you can imagine. So, it was just time for something new.” 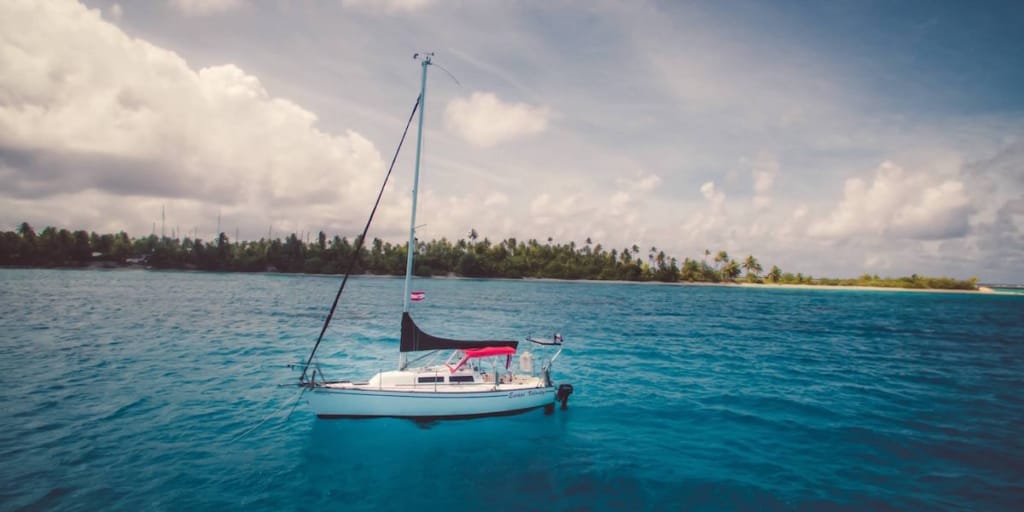 Kupps and an old friend climbed aboard his S2-26, a 26-foot racer with a retractable keel and got to the business of taking a voyage that would last 31 days. Of the crossing Kupps said:

“We’re a couple of old tough guys, and been knocked around pretty good through life so it was relatively comfortable over all. The weather was pretty good – the doldrums are a little frustrating. As for storms, we were in a 26-foot retractable keel boat, we weren’t looking for big storms – that’s why we went the time of the year we did.” 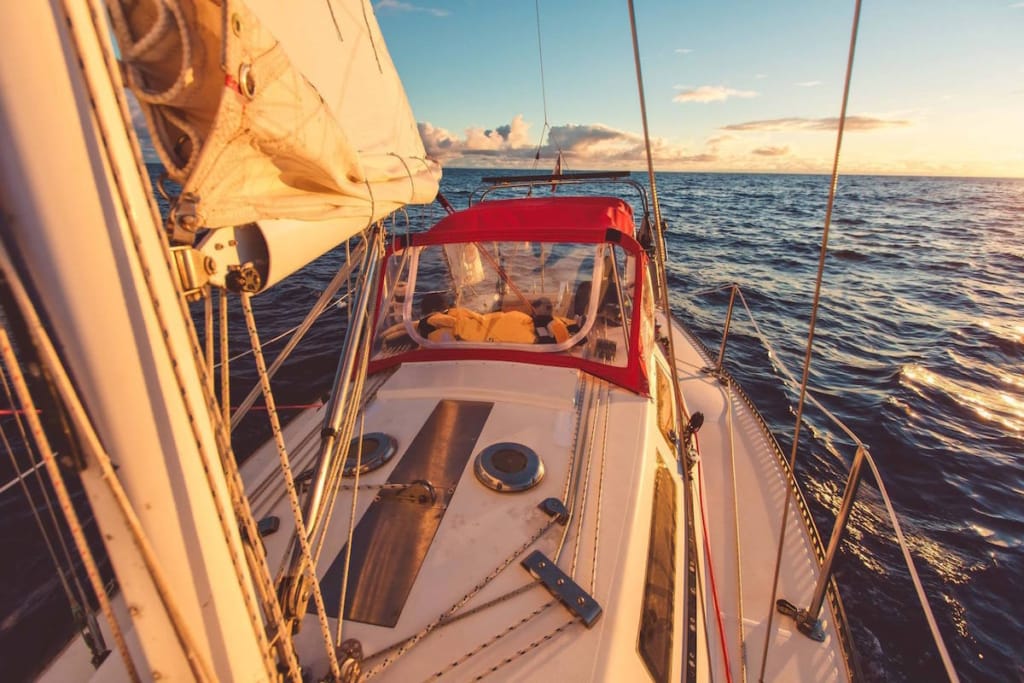 Kupps played down the fact that immediately into the trip the autopilot broke and the duo was faced with sailing short-handed across the Pacific with no self-steering. Making such a long journey in such a small boat was already going to be a challenge but to do it hand steering the whole way made it daunting. They considered turning around, but knew that this was a window they might never ever get back, so they soldiered on. At the heart of the self-steering issue was a rudder problem, which in turn created a simmering anxiety that hovered like a storm cloud for the duration of the crossing. They kept a triple reef in the sails in an effort to keep the load on the rudder lighter, but they still averaged an impressive 6.5 knots. 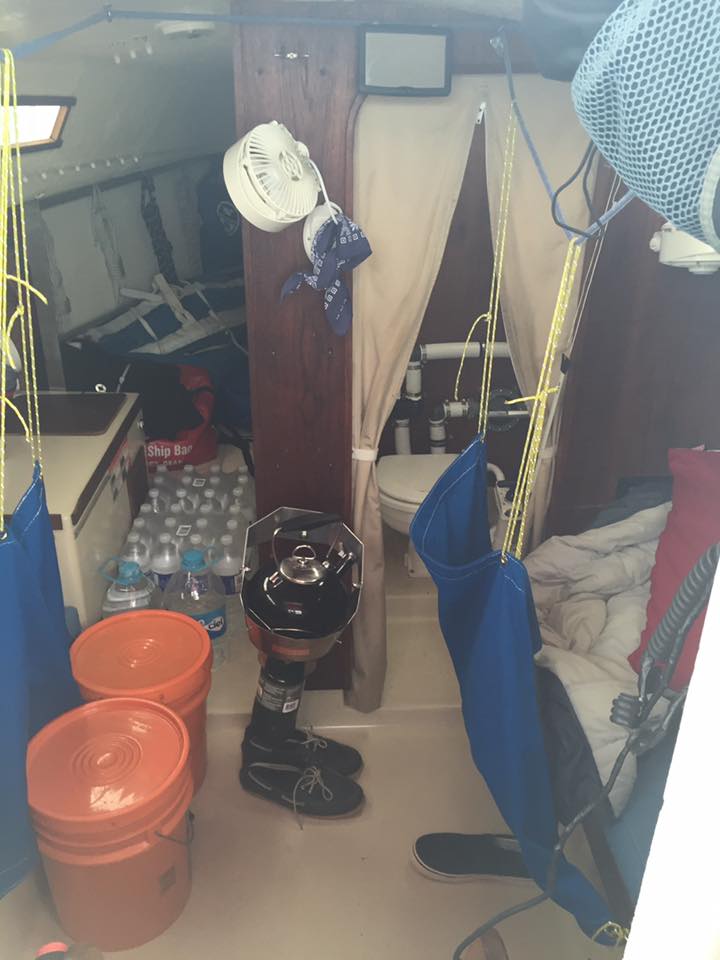 After eating freeze-dried food, existing in very close quarters and nursing a substantial mechanical issue for a solid month at sea, Kupps is surprisingly pleasant in his recollection.

“For a lot of people it might have been a little tough, but when you’re sailing to one of the most beautiful places in the world, we figured it’s a small price to pay.”

Upon returning, Kupps’ wife asked him the most obvious but most important question. She asked, “After 33 years of thinking about it and 31-days of sailing – all that time and all that planning… was it everything you dreamt of?”

“No it actually wasn’t,” Kupps replied “It was so much more than anything I could have ever dreamt of.”