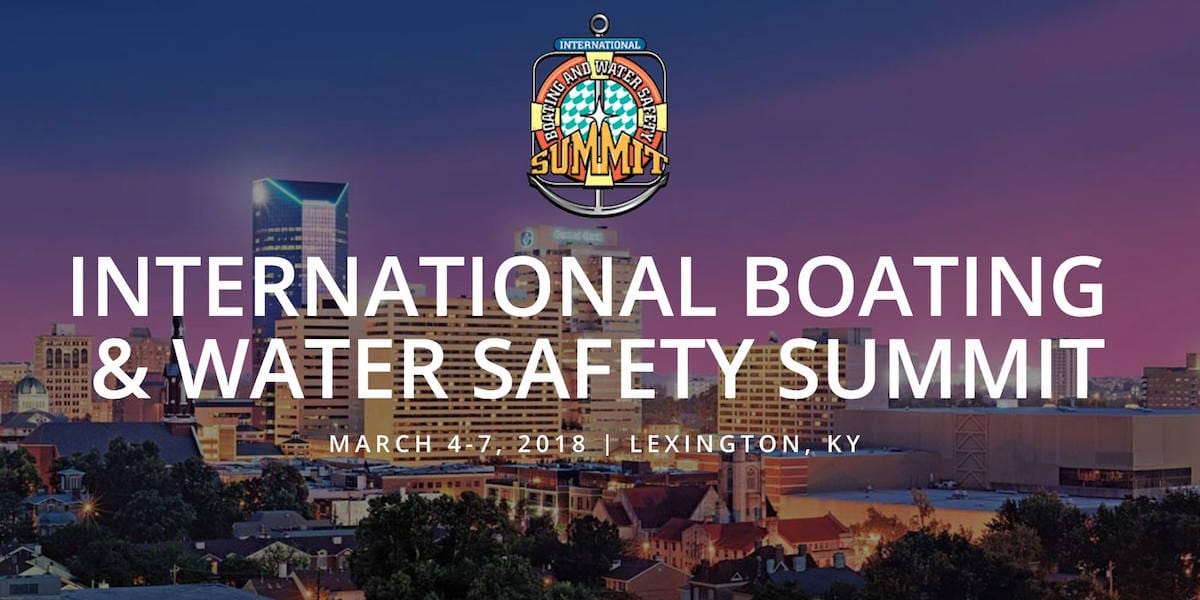 The 22nd annual International Boating and Water Safety Summit (IBWSS) was held in Lexington, Kentucky from 04 March to 07 March 2018. The IBWSS is hosted by the National Safe Boating Council (NSBC), the National Water Safety Congress (NWSC), and the National Association of State Boating Law Administrators (NASBLA). NSBC is currently celebrating its 60th year.

There were approximately 20 exhibitors and 200 attendees from federal and state government, non-profit, industry and academic organizations. The conference consisted of a series of general sessions as well as a number of break-out presentations.

Virgil Chambers, NSBC Executive Director Emeritus, is championing a situational awareness training initiative known as “SCAN,” which is an acronym for Search Concentrate Analyze Negotiate. Boating safety educators are asked to respond to a poll on distracted boater feedback. The poll can be found here: Distracted Boating Feedback.

Brian Dorval, the facilitator for the National On-Water Standards (NOWS) program conducted a breakout session during which the audience learned about the four American National Standards (ANSs) for on-water skills instruction:

Participants were given a “toolbox,” which contained the standards themselves as well as a checklist for performing a self-assessment to determine if a course follows the national standards.

A marketing effort kicks off on 15 April to promote the NOWS and any organization that has completed their self-assessment process. The USCG is funding this outreach activity. More info available at https://www.usnows.org/

The National Association of State Boating Law Administrators (NASBLA) Education Standards Panel (ESP) met 07-08 March 2018 directly after IBWSS. During the meeting the panel deliberated over the next generation of the Powerboating Knowledge standard and the move to refresh the standard in outcome-based language.