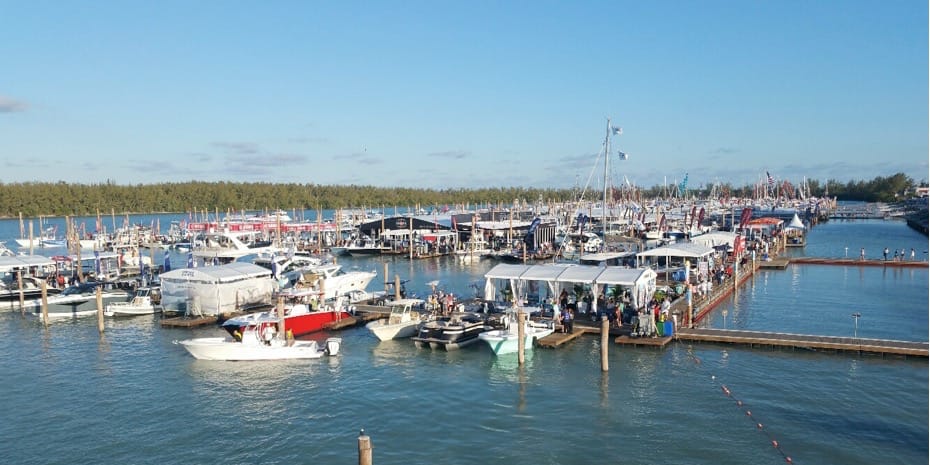 If you have been to the Miami Boat show, you know that it is interesting and eagerly attended by the area’s extensive boating community. Maybe it’s the weather and all that warm water. People seem to have a good time.

The sailboat section is usually at Bayside Park in Miami. The powerboat section of the show is usually held across the Bay. Because of construction at the Bayside venue, the Sailboat show was moved to Virginia Key and added as part of the Powerboat show this year. To solve the lodging and transportation overload problem across the Bay, they arranged a free Boat Show ferry system between Bayside Park in Miami and Virginia Key. I stayed in a Miami hotel and took the (walking distance) ferry most of the time. This added an hour each way, but it was good exercise and probably not much different than driving and parking. The extra benefit was the pleasant view and conversation aboard the ferry boats.

The sailing booths and boats were not really integrated into the power show. The sail booths were in their own section within one tent, and the sailboats were all on Pier 9. So finding and talking with instructors, schools and charter companies was pretty easy.

All the latest electronics were in one large section. There were a lot of nifty satellite-based communications systems and more integration of devices and networks. This year there were more AIS-based COB monitors and alert devices. The prices have dropped to the point where they should be considered as standard equipment on coastal cruisers and racers. In any case, ASA 104 and 106 instructors might want to check out how the latest units work and include a discussion in their classes. 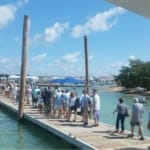 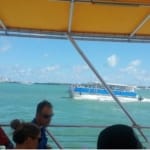 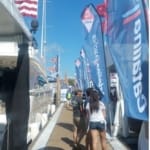 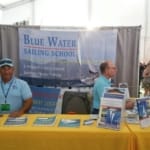 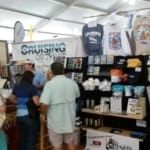 The general buzz was about hurricane recovery. There were not as many ASA schools exhibiting this year. This was attributed chiefly to hurricane losses. Some had damage to their facility, some had loss of boats, and many had (and continue to have) loss of business because of damage perception. It was nice to informally get a thanks and handshake from some of the people there that ASA had been able to help.

This year ASA has decided to support schools at boat shows, rather than have an ASA booth. We have banners, handouts, bookracks, and swag. If you are contemplating or planning a presence at an upcoming boat show please give me a call or message and to see how we can do help you. We are also planning ads and other ways to help schools near the boat show.

The next planned event is the Pacific Sail and Power Boat Show in the SF Bay Area April 19-22. I will be speaking each day on “Learning How To Sail In The 21st Century”. I will be showing some of the latest tools available for ASA Instruction, so please stop by if you can.