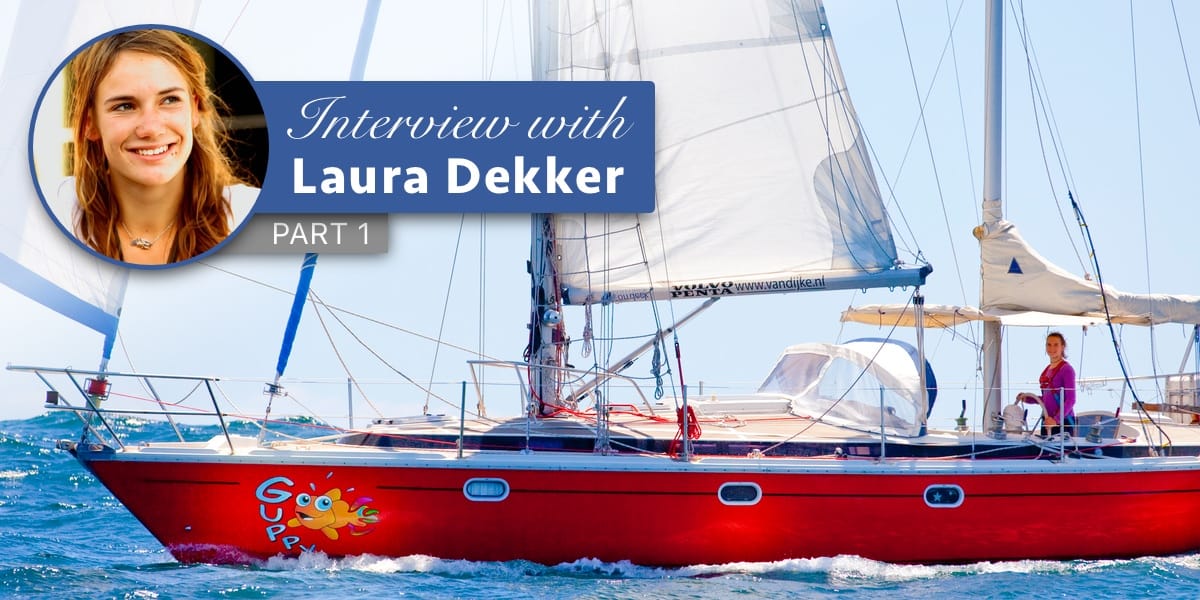 In the years between 2008 and 2010 the sailing world and beyond saw a wave of very young sailors embarking upon monstrous undertakings that would give pause to the most seasoned mariners. California sailor Zac Sunderland circled the globe alone in his Islander 36 becoming the first person under 18 to accomplish the journey. His sister Abby attempted to be the youngest unassisted non-stop but dismasted in the Indian Ocean. Months later, Aussie Jessica Watson became the holder of that honor and in August of 2009 British sailor Mike Perham would circle the globe and become the youngest solo round-the-world sailor. All of these young adventurers were between 16 and 17 and their actions stirred enormous controversy, but when in that same year 14-year old Laura Dekker from the Netherlands announced that she planned on sailing around the world alone in her 38’ Jeanneau ketch, Guppy, people lost their minds.

It seemed utterly insane that a 14-year-old girl would skipper a 38’ foot boat around the world by herself. Government agencies in her home country of the Netherlands attempted to stop it and there was an enormous negative public outcry regarding the proposed voyage. But Laura Dekker is nothing if not tenacious and the moment she got through the bureaucracy and legal red tape – she untied the dock lines and started to sail around the planet. Five hundred and eighteen days later she would become the youngest person ever to sail around the world alone. And while this was quite an achievement, Dekker never cared about the record – she truly just wanted to go sailing. 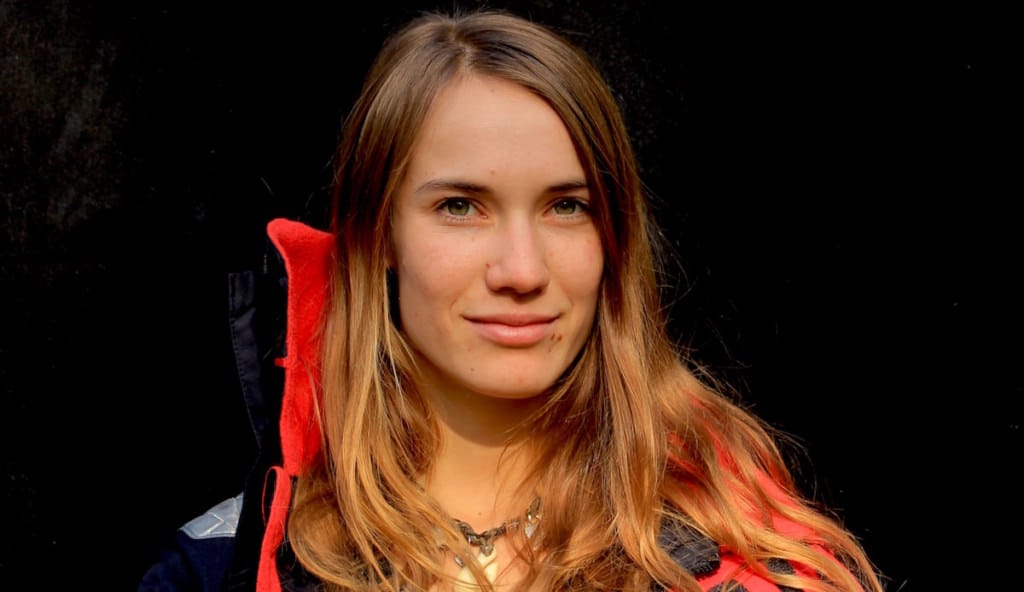 Laura is an articulate, soft spoken, thoughtful young lady whose wisdom belies her years. Her unique perspective, honesty and humility made for this interesting interview transcribed below – enjoy.

ASA: At that time there was a wave of other young sailors doing round-the-world record attempts. Were you conscious of what Jessica Watson and Zac and Abby Sunderland were all doing?

Dekker: I still find it interesting that all of us were doing this at the same time. People thought we were somehow communicating, but of course we weren’t. I was planning this trip for a long time and all of us were preparing our individual trips for years – we all just kind of happened to do it around the same time.

ASA: When Abby Sunderland got into trouble in that southern ocean. Did that give you pause?

Dekker: Her situation was quite different. She and Mike Perham had racing boats and they were going for a record – that was their main goal. There was a lot of pressure. And it’s interesting, clearly those two boats had some trouble because they were racing boats and were pushing things whereas I never did. So it was such a different kind of boat and a different kind of pressure, I didn’t really compare that to my trip.

ASA: So, let’s talk about your record setting journey. Sailing alone for some people sounds terrifying for the extreme loneliness as much as anything else. Is that just not a chip in your hardwiring or is it something that you battled?

Dekker: That’s not something I battled at all actually. I probably [would] battle that a little bit more now but I was in a stage of my life where that was something I just had to do. Also, I think, as a teenager, you just want to get away from everything anyway. It’s just a teenage thing where you’re trying to cut loose and find your own way and find out who you are. And then the whole world falling over me and telling me what to do – what I shouldn’t do and what I should do. So I was just happy to be leave – happy to find my peace and happy to finally be able to find out who I really am instead of thousands of people telling me I should be.

ASA: Were you surprised by the attention, in both the amount and the nature of that attention?

Dekker: Definitely. I grew up sailing and on boats, cruising – for me that was a very normal thing to do. Of course I realize I was very young to do it but I didn’t see it as something really extraordinary. So I didn’t expect anybody to think that it was really weird or that I shouldn’t or couldn’t do it because for myself I was like yeah I can do this, I’ve prepared well and yeah, I didn’t understand how different I was from other kids my age at that time, so I didn’t see that coming. Now I kind of understand that people would go like, “whoa, wait what?” But at the time I didn’t understand what the big problem was.

ASA: How do you feel this incredible experience has formed you as the adult you are now?

Dekker: Well, I’ve done a lot of thinking about it. It’s definitely changed me a lot as a person. I don’t know where I would be if all that hadn’t happened. The trip itself gave me a view of what the world is like and I think that’s really cool because [it showed me] that no place is perfect and nobody is perfect but every country kind of has its own beautiful things and I love keeping those things in mind. To see and realize that they do things a certain way and that there are differences and that it’s okay to do things your own way. When you are in one place it’s so easy to take the standard of that place and believe that’s how the whole world is and think it needs to be like that. So, yeah, all the beautiful things I learned from the different people along the way…that was very special. And then spending all this time on my own and being able to think and reflect on things was great – just having time was such a special thing. Normally, we’re just racing around never really stopping to think. People do all of these amazing things but I feel like they only get a small percentage out of it because they don’t ever stop and think back about it. It may have been fun, but you don’t think: what have I learned from this? What were my mistakes? Where can I improve? So if you can’t reflect on it it’s not worth as much. But on my trip I had a lot of time to reflect on not only the places I’d seen but on everything.

ASA: And is that something that you try to continue to do?

Dekker: Yes definitely, but for me it’s quite hard. I think for everybody it’s quite hard to do in normal life because there’s always people pressuring you to do stuff. That’s why I love sailing so much, it’s just a way to be myself and being with myself and thinking about things and [smiling] not have anybody bothering me.

Laura Dekker recently gave a presentation at a fund raiser for LifeSail, a Los Angeles non-profit that uses sailing as a vehicle to teach life lessons to kids. As fate would have it, Dekker has donated her beloved Guppy, the very boat she did the trip on, to LifeSail. She has similar ideals about sailing’s educational value and soon the boat will make its way from New Zealand to LA via Fiji and Hawaii.

To keep up with what Laura is up to, visit www.lauradekker.nl and to purchase her book you can find it on amazon.com.

Continue reading part 2 of our interview with Laura >>