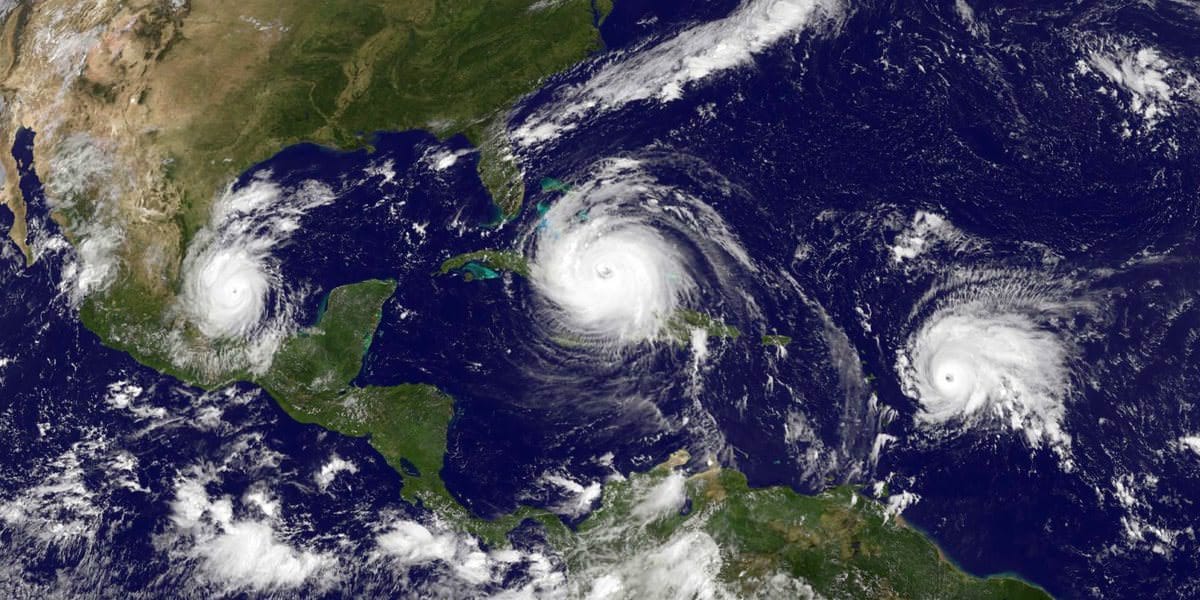 Harvey, Irma, Jose, Katia, Lee, Maria. These six North Atlantic Ocean hurricanes formed within 31 days in August and September of 2017. After a comparatively quiescent decade of Atlantic hurricane activity, nature returned in vengeance with some of the strongest Atlantic hurricanes ever recorded that have caused a diluvial disaster, a mass migration, and an ongoing humanitarian crisis in Puerto Rico.

Some of the hardest hit areas are among the most popular sailing destinations in the world. Some ASA affiliates were entirely destroyed. To assist the recovery effort, the American Sailing Association has built a charity fund that has raised almost $30,000 for affiliates in need of resources for recovery – see asa.com/donate. Financial grants, boxes of textbooks, logbooks, certification materials, and other forms of support have already been distributed to several schools within the region. Sometimes, however, delivery of these resources has been a problem due to the loss of infrastructure.

Swain Sailing School in Tortola, BVI, lost seven Beneteau yachts, five of which were 36 feet or longer. Their base of operations at Nanny Cay Inner Marina was torn apart. Swain has had to cancel and/or refund tuition for 20 sailing classes. True Blue Sailing School in Miami, FL, lost two Bavaria 42s. And Sistership Sailing School in St John, USVI, lost a Beneteau 445, navigational equipment, and all ASA teaching materials. In the wake of almost incomprehensible devastation, all three schools are determined to resume operational status by the start of 2018. 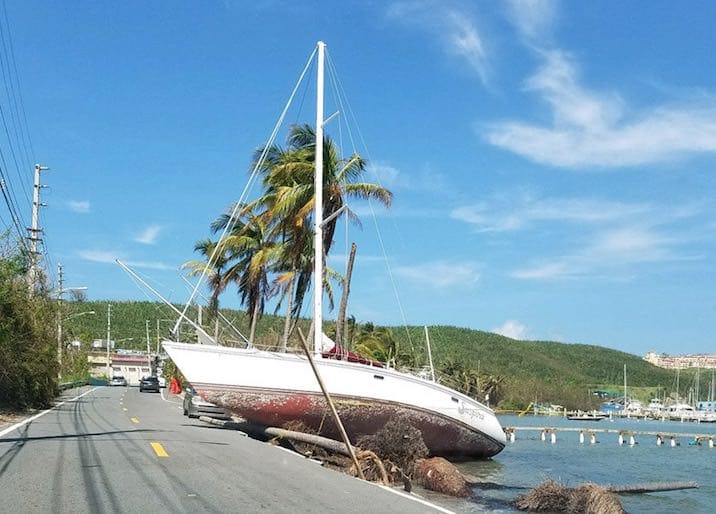 Puerto Rico, damaged first by Irma and then pummeled by Maria two weeks later on 20 Sep, is in particularly bad shape. Fifty-five days after Maria, 55% of Puerto Rico’s residents are still without electricity. An owner of one of our affiliates there walks home every night by flashlight and feeds his family canned foods. ASA is attempting to send him a generator.

Thankfully, within the same regions, other affiliates damaged by the hurricanes have recovered and resumed at least partial operations. Sailing Virgins of Tortola, BVI, is temporarily operating out of Martinique and the Grenadines. The Veteran Sailing Association in Tavernier, FL, reports that they “have dodged another bullet and are good to go, so please let people know”. Gulf Coast Sailing School in Charlotte Harbor, FL, echoes that same sentiment, having “weathered Category 3 Irma passing directly overhead with a six-foot storm surge, [they] are operating and can now accept bookings”. Even in Fajardo, Puerto Rico, Sail Caribe Yacht Charters says their “fleet is 100% intact” though their office still lacks electricity.

In addition to the four ASA affiliates just discussed, five more affiliates would like everyone to know that they are in operation and open for business. They are Affordable Excellence in Tortola, BVI, the American Sailing Academy in Key Largo, FL, the Southernmost Sailing School in Key West, FL, Caribbean Sailing Solutions in Fajardo, PR, and Sail Caribbean Sailing School in Tortola, BVI. Please visit any of these eight schools at asa.com and / or make a contribution at asa.com/donate.

The Atlantic hurricane season ends on 30 Nov, as the Saharan Desert and North Atlantic Ocean continue to tilt away from direct sunlight. The National Hurricane Center will probably not run out of names for tropical depressions in the Atlantic this year as they did in 2005, the year of Katrina. But the 2017 hurricane season has been ominous. The formation of six Atlantic Ocean hurricanes within a month has happened before, but it is very unusual for two Category 4 and two Category 5 storms to be among them. And it is extremely unusual for three of those hurricanes to pass through the same region within three weeks as Irma, Jose, and Maria have through the Leeward Islands, the Virgin Islands, Puerto Rico, the Dominican Republic, Turks and Caicos Islands, northern Cuba, and southern Florida. The last time the Leeward Islands suffered even two major storms in the same season was 1899.

Harvey hit Texas as a Category 4 hurricane on 25 Aug and unloaded 51.9 inches of water on the outskirts of Houston, a new record for a single rainstorm over the continental United States and just shy of the national record of 52.0 inches over Hawaii in 1950. A few weeks later, Irma became the first hurricane ever to reach Category 5 status while still in the Atlantic, long before reaching the balmy regenerative waters of the Caribbean. This event, combined with the fact that Irma sustained winds of 185 mph for 37 hours, longer than any other super-storm ever recorded, lead to churning, catastrophic destruction. Finally, Maria is the strongest hurricane to strike Puerto Rico since 1932, and it is the worst natural disaster ever for Dominica.

What about next year, and all the years after that? Is this hurricane season a progenitor to a “new normal”? At ASA we continue to look for ways to assist our affiliates against the inevitable advances of wind and water by sharing information, by promoting cooperation among affiliates during dire times like these to move boats out of the paths of approaching storms, and now also through fundraising and other relief efforts.