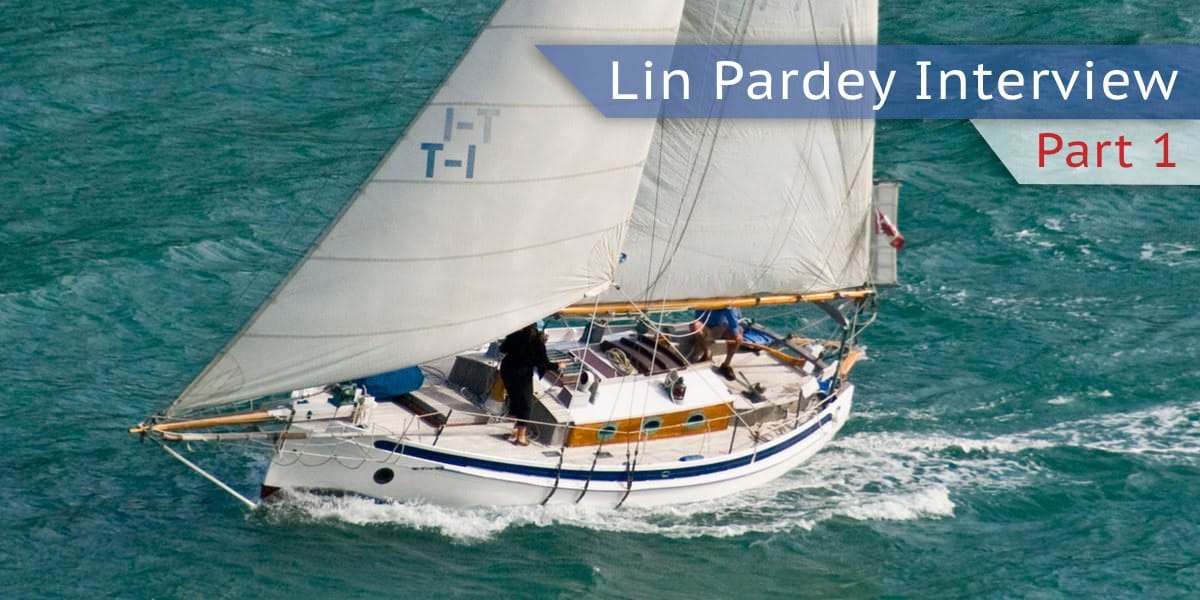 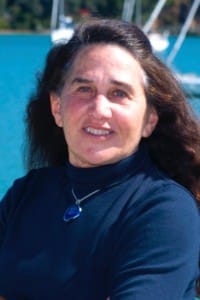 If you have ever done any serious cruising or thought about doing some, Lin and Larry Pardey have probably popped up on your radar. Through the decades they have logged over 200,000 nautical miles, including two circumnavigations east to west and west to east, mostly on boats under 30-feet. Along the way they have written dozens of magazine articles, 11 books and produced five informational videos. They have won a variety of awards and still hold the record for the smallest boat to have circumnavigated contrary to the prevailing winds around all the great southern capes.

ASA: Lin, did you ever think that this would be your life?

Pardey: I grew up at the edge of the desert [in the San Fernando Valley California] – the only time I went near the water was to get knocked over by the waves once a year.

Pardey: [smiling] Remember, I ran away with a sailor, by accident.

ASA: After sailing so many miles and for so long, what are the immediate highlights that come to mind?

Pardey: Well actually one of the most amazing things that ever happened to me was the first time I ever went sailing on Seraffyn, in Marina del Rey [California]. I gave [Larry] a lift in my car where we had to pick up a 54-foot charter ketch that he was running. I’ve never been on a big boat before. I had been on little tiny sailboats when I was five or six years old. I got on board this 54-footer and he said, “Come on let’s go sailing,” and he took me down to Newport Beach. That was a really exciting day for me.

ASA: So that was one of your highlights because you met this new boy that you seemed to like?

Pardey: He invited me to come and live on board his ketch the next night and I never went home again. He was so cute – blue eyes, Canadian accent, sunshiny disposition, he was gorgeous. But in all the adventures there are highlights in each one. Of course sailing around Cape Horn was an extreme highlight of my life. Arriving in southern Africa and realizing we had enough money to buy ourselves a four wheel drive vehicle and head off for as long as we wanted and ended up living in the Kalahari desert for seven months with the Bushmen. That was pretty good.

ASA: What was it like when you went around Cape Horn for the first time?

Pardey: We didn’t make it the first time. We had to turn back and come back again. It was hard work keeping that boat driving that first attempt because the wind kept shifting. We had 13-sail changes in one day. It made us wonder how the square rig ships ever made it around. On the second attempt I saw a weather pattern that looked really good and I showed it to Larry and he said, “We’ve got to leave right now,” but it was blowing a full storm with sleet and snow at four in the morning. We left. It was a following wind and then went to a beam reach – Larry helmed for 18 hours straight in temperatures of 40 degrees. By the time we got back to our original track the wind had lightened up to about 12-knots. And we flew our nylon drifter past Cape Horn.

ASA: When did you realize that you had the toughness to do real bluewater sailing?

Pardey: I think when we finally crossed the Atlantic on Seraffyn which was two and a half years into our long distance cruising I felt confident enough to take the boat sailing myself and I did. When he went on the Round Britain Race I was so excited to actually head out on my own and sailed a whole grand total of 40 miles on my first passage and I thought that was pretty exciting. With no engine and learning how to get it in and out of port…I just loved it.

ASA: That’s right you guys never had an engine. And the reason for that is a matter of pride and purity or?

Pardey: No not at all. The reason for that is when we first launched Seraffyn, we looked at the numbers and the cost of installing an engine would have meant another year of working. The only reason we did it was – we said: “Okay we’ve got this boat almost finished – if we don’t put the engine in right now we can take off and for the cost of an engine we can have a year in Mexico. So let’s just go right now and then we’ll come back and go back to work and put an engine in. And… we just never seemed to get back. We enjoyed her, she was such a maneuverable boat and she moved beautifully in light winds. She was designed for light-wind sailing.

ASA: So you just mastered it?

Pardey: First, she was maneuverable and second we were never in a hurry. We were never late because we were never on time. We just made it so that we didn’t have a schedule. The only time we had to have an engine was when we went through the Panama Canal and we just rented one.

ASA: Did this all happen in a gradual way or did you just stop coming back home? Were you guys just falling in love with the lifestyle or was this something that Larry always wanted to do? How did that all work?

Pardey: He always dreamed of having his own cruising boat so that he could go exploring. But he said this was the only way that he could imagine a person of average means traveling extensively.

ASA: There have been many wives or girlfriends of sailors who are fine coastal cruising but doing the things you two have done would be a very different story – but not you.

Pardey: My first ocean passage from San Diego to Guadalupe. I got violently sick [15 hours]. And my only thought was how I hated disappointing Larry. I felt so bad that I had worked with him so long and that this was a dream that he had and that I was going to damage it. But during that he got me comfortable in the cabin sole and patted me on the head and said “remember Admiral Nelson got seasick every time he went to sea.”

ASA: But after that you were okay.

Pardey: I never had a doubt after that. We left Guadalupe and we’re running wing and wing and it was getting warmer every day and I thought, that’s it, I’m hooked and I never wanted to do anything else.