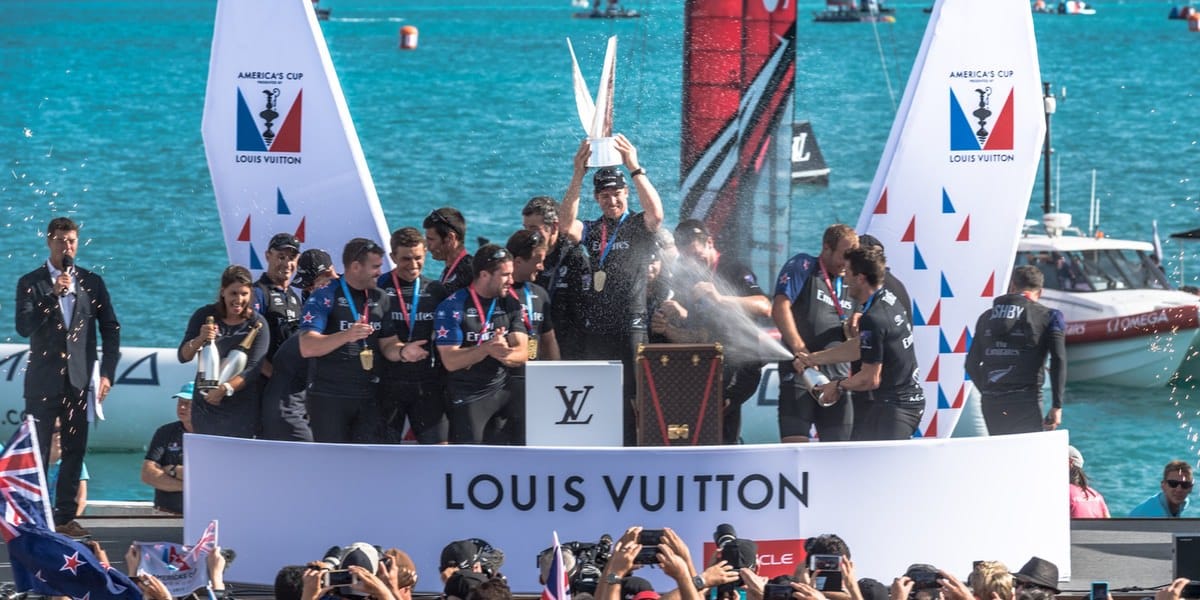 Ok then – the Louis Vuitton America’s Cup Qualifiers & Challenger Playoffs are over but the big dance is about to begin! This weekend, once again, the New Zealand team will challenge the American team (are there any Americans on that boat?) for the honor of holding up the oldest trophy in sports history. It should be a fun batch of races, but what have we learned so far by watching the absolute premier event the sailing world has to offer?

Well, for one thing we learned that man can now build a racing yacht that can more than triple the wind speed and hit speeds close to 50-knots. We know, we know… you have achieved 4-knots of boat speed in 1-knot of breeze in your Catalina 30 but you were being towed at the time and that simply doesn’t count. We also learned that sailboats aren’t really boats anymore, they’re just low flying planes that have some sort of relationship with water. In fact, the minute they touch down and behave like boats, they lose! It’s a brave new world that purists are struggling with but others are thoroughly enjoying.

This past couple of weeks of America’s Cup sailing has certainly been every bit as exciting as organizers must have hoped for when Russell Coutts pushed hard for this format years ago. The unexpected nature of this new style of sailboat racing has provided the addictive element that makes for anticipated and repeat viewing.

Beyond the abundance of lead changes, turbo-charged starts and sudden system failures/breakages, the AC prelims have also had some really unexpected moments. Never before has an America’s Cup audience been watching a start and seen a boat literally fly out of the water doing 32-knots and capsize, pitch pole style, like the New Zealand team did against Britain in day 2 of the America’s Cup Challenger Playoff Semi-Finals. They obviously lost the race but the resilient Kiwi team came back the next day and eventually kicked BAR to the curb. 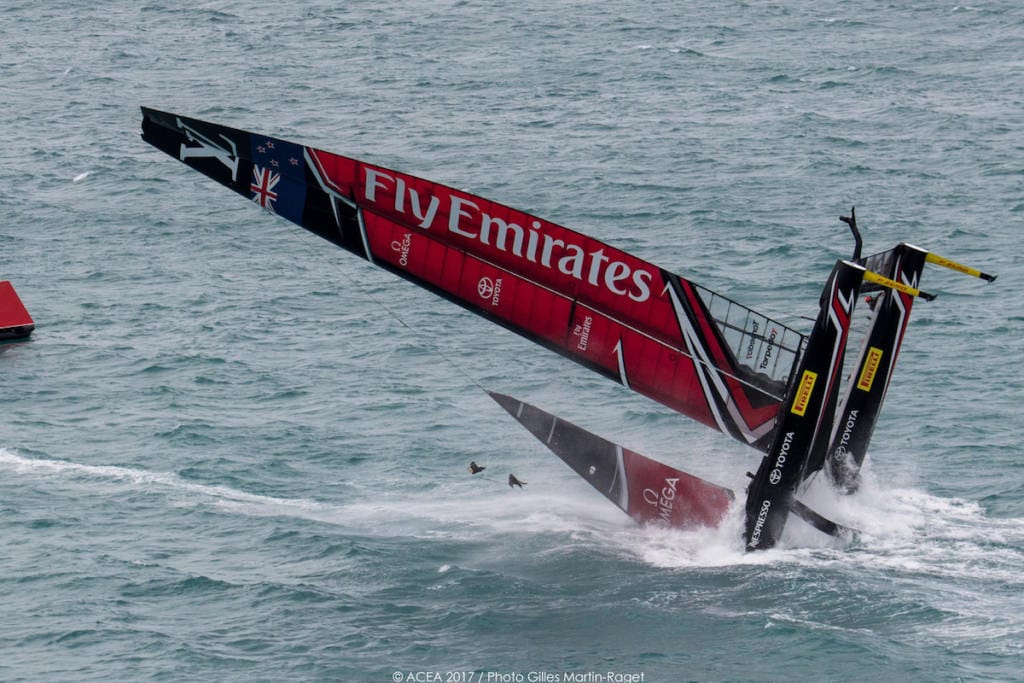 On another day of racing, Artemis team skipper Nathan Outteridge performed a tack and while crossing to the other side, which involves a 25-foot sprint across a trampoline, he slipped and fell clean off the boat. Suddenly the Swedish team was skipperless and wondering what to do. They tried to improvise for a hot minute but then decided it was better not to break the boat and essentially waved the white flag. The Artemis chase boat scooped Outteridge up, but not before he had a little apprehension while bobbing in the water.

“The biggest thing I was worried about was Team New Zealand had gone around the left mark and were heading straight for me – at one point I thought I was going to end up going under their platform. I was happy they spotted me and jibed before they got to me.”

It’s this kind of action that is making the 35th AC something to talk about. Although some say this format is completely unrelatable for normal everyday sailors, we disagree.

But seriously, it’s true the contemporary AC is a different animal and maybe a far cry from the days of Dennis Conner and Ted Turner, but it is still just sailing around the cans, well… flying around the cans. You get the point. It’s wind and boats and big time sailors competing center stage. It’s still the hottest ticket in the world of high-level sailing/design and if we embrace it for what it is, it’s kind of fun to watch.

Visit americascup.com for all the latest and download the Official America’s Cup App for the ability to watch all the replays and catch up on all the action!