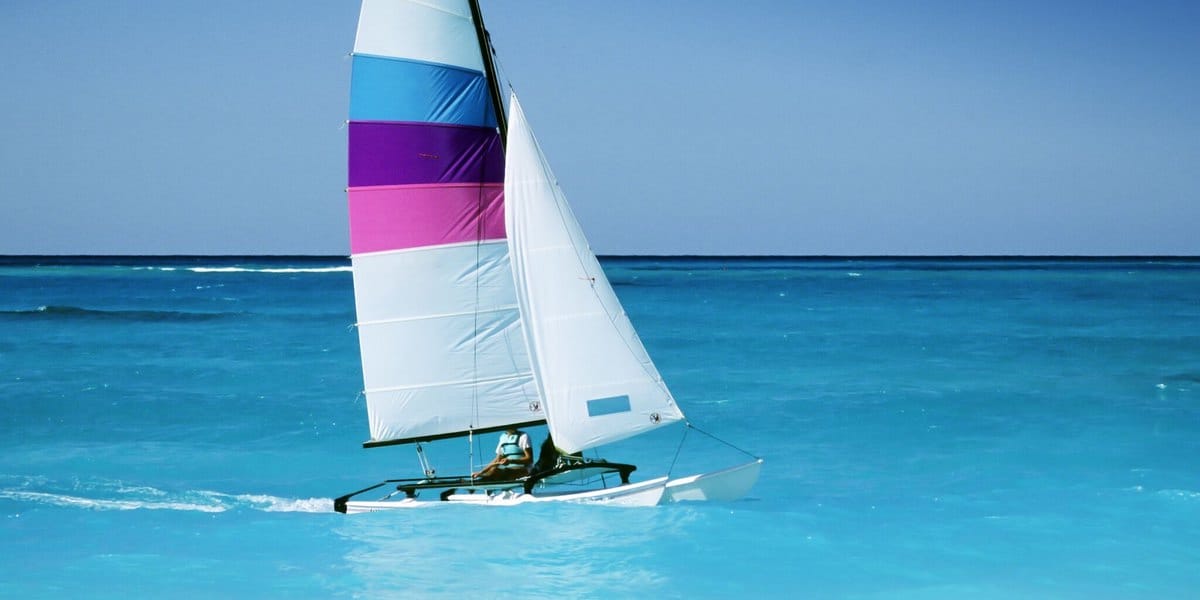 When you stop and think about what types of boats are most responsible for luring people into the wonderful world of sailing the Hobie 16 has got to be in the top three on the list. For children of the 1970s and 80s this sexy little catamaran seemed to be sitting on a trailer in every other backyard.

What most simply call the Hobie 16 is an iconic sailboat that is considered by many to be the most popular catamaran in the world. In the beginning, the H16 was marketed as more than some ordinary sailboat that could be easily trailered, rigged and beached. Instead Hobie Alter put forth the idea that to sail this boat was to be part of a lifestyle – the “Hobie way of life.” Instead of making the pitch that it was a fast fun little boat that could make your summer a little brighter, Alter suggested that sailing a Hobiecat was a reflection of an energized youth with a dash of good-natured rebellion.

There have been over 135,000 of these boats produced since 1969 and they are the second largest boat fleet in existence. The H16 is simple to rig (especially on a beach) and pretty easy to sail, although capsizing is par for the course and regarded by some as fun. Once launched, the full batten main and relatively lightweight construction (320 pounds) makes the boat quite fast and responsive. The Hobie folks state the max speed is nearly 24-knots and there are plenty of Hobie sailors who will agree and verify. At speeds like that you can bet whoever is sailing the boat will be utilizing another element Hobie sailors love – the dual trapeze setup they are equipped with. In 10-15 knots of breeze, skipper and crew can hike their entire bodies out on the wires simultaneously, suspended above the water and as the hull begins to rise, life becomes very sweet. Any beach cat sailor will tell you that sailing along at 15-knots, hiked out and flying a hull is one of the most blissful feelings known to man.

The other very positive aspect of the Hobie 16 is the cost of entry. It remains one of the more inexpensive roads into the world of sailing. A 2017 Hobie 16 is just over $11,000 and that’s ready to sail. Lots of sailboats have a base price and then silly little extras like… sails!! And if the used market is explored, a ready to sail H16 can be picked up for under $1,000, which is pretty incredible.

And lastly, Hobie 16s are also versatile. They’re small enough to throw in the backyard next to the garage without causing marital dismay but once rigged and ready, they’re hearty enough to do some serious coastal sailing. While many Hobie sailors head out for a few hours for some low-key albeit amped up daysailing, others like to actually get in the surf, hit the adrenaline button and use the boat as a surfboard.

It’s a design that has definitely stood the test of time (for good reason) and one that is positive for the sport. The cost to fun ratio is right where we like to see it, so if you don’t have a boat and don’t want to spend a fortune – grab a Hobie 16 and getcha sail on!