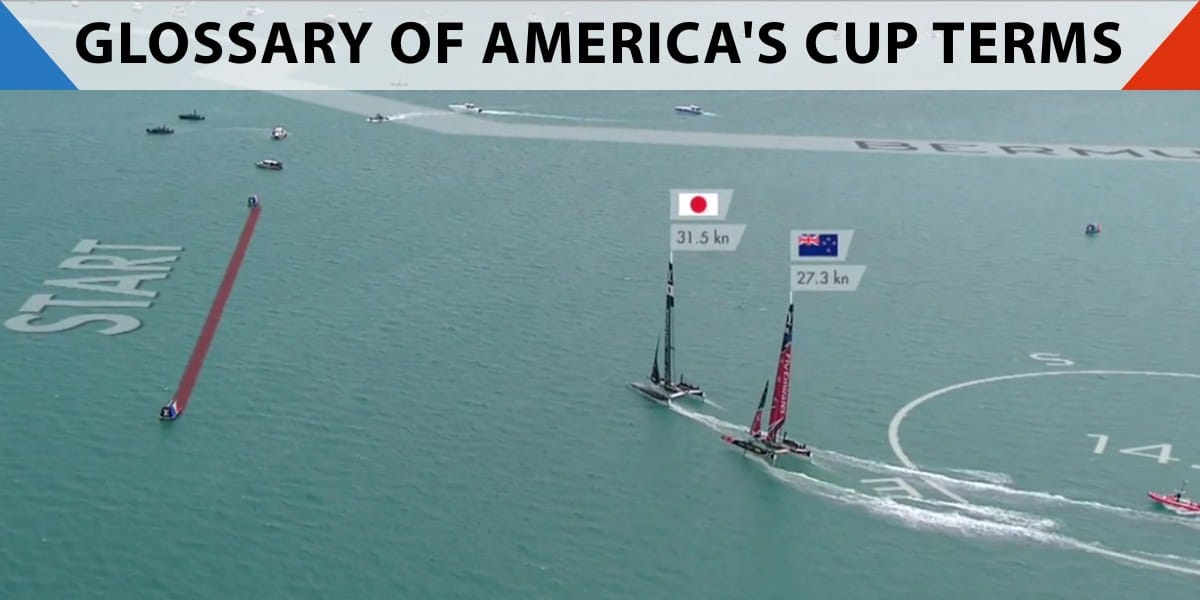 The America’s Cup is the absolute premier sailboat race in the world. It’s the sailor’s Superbowl. For the new sailors who are checking it out for the first time we have created this glossary to help you understand what the announcers are talking about so that you can better enjoy the coverage.

Some of these terms you’ll recognize from your 101 classes and text. 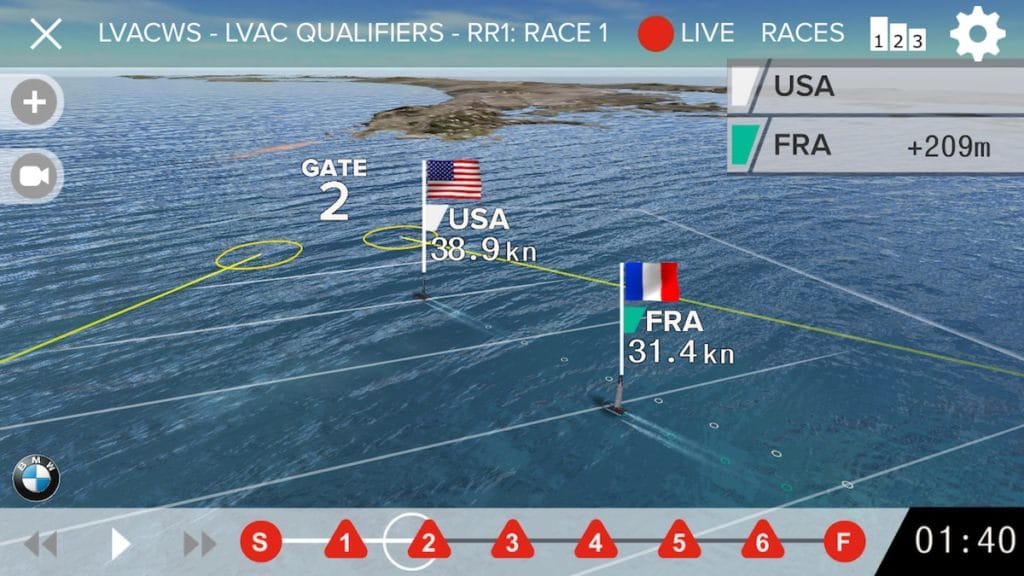 Laylines shown in yellow in the Virtual Eye Replay. 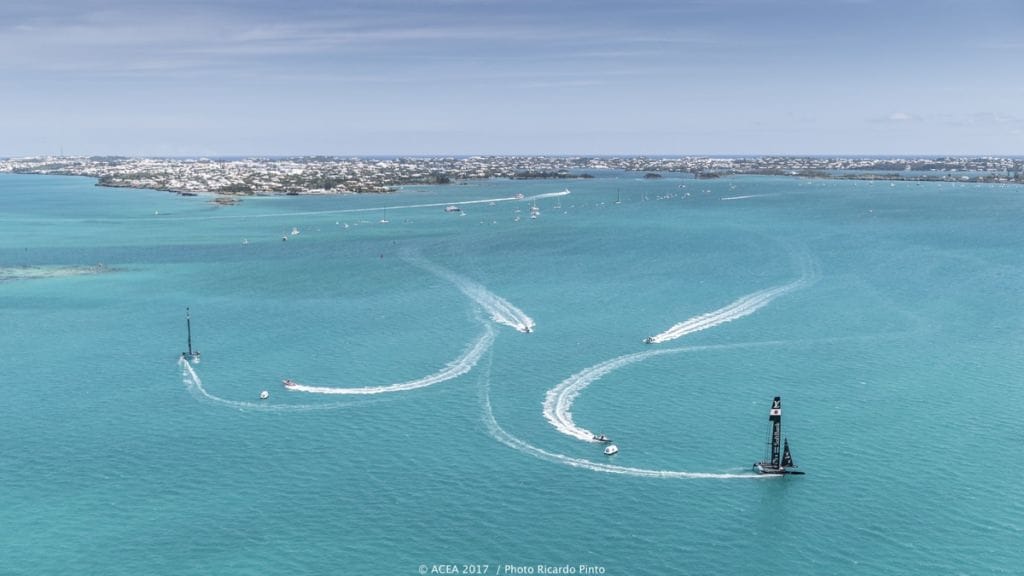