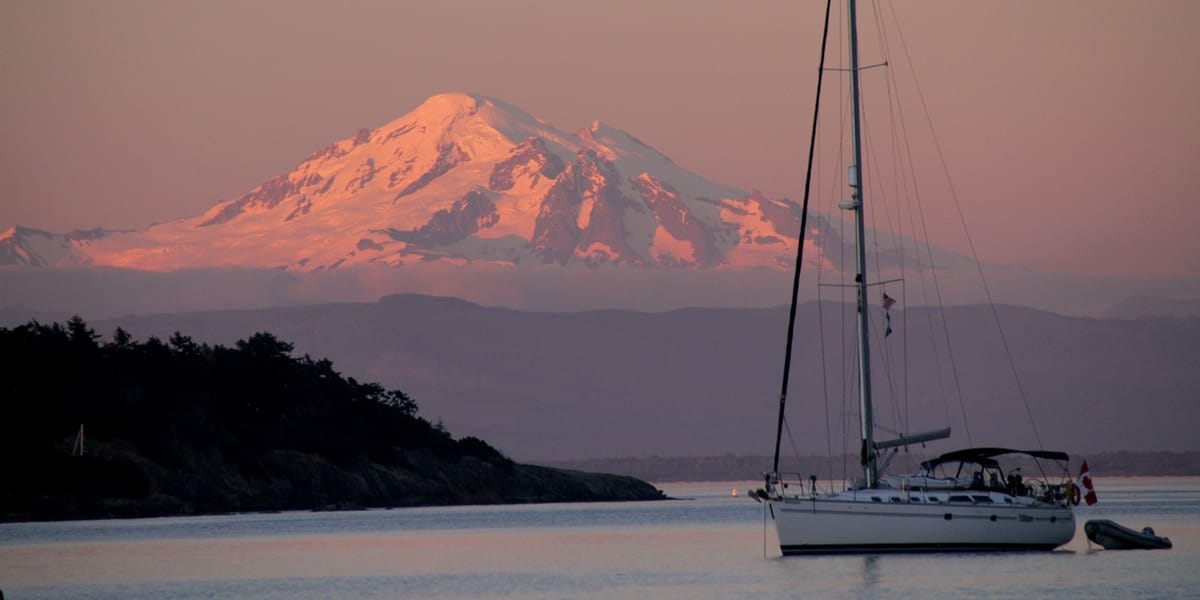 This is the ninth year in a row that ASA has sponsored a flotilla in the Pacific Northwest, and these cruises have become very popular. We had 12 boats and 46 sailors on this flotilla, which was completely booked up 6 months in advance. Fully half our skippers were veterans of previous ASA Pacific Northwest flotillas. The boats are provided by San Juan Sailing who hosted this event. SJS is one of the top-rated charter companies in the world, and has provided us with superb boats and great service over the last nine years. Private boats can also join the flotilla.

This year’s itinerary (it changes every year) took us from Bellingham WA, through the San Juan Islands into the Gulf Islands of British Columbia. These flotillas aren’t designed to be strenuous, with a total distance sailed over the week of about 120 nautical miles. We generally sail in the morning then anchor, moor or dock and enjoy the island destination in the afternoon and evening. We were very fortunate this week to have no rain and good wind for sailing every day.

Safety is foremost on these voyages, as many skippers are unfamiliar with the waters here. In fact, that is often the reason why people come to participate – advice, leadership and assistance are all readily available for first timers. And for those more experienced, the group activities and camaraderie provide a great attraction.

On arrival, all skippers and first mates sit in on an orientation session giving basic tips on anchoring, mooring and navigating here. Then we begin each morning with a radio net on VHF to go over the day’s route, point out any hazards and offer tips on what sights to look for. Tides and currents play a big role in these waters, so our itinerary is carefully planned to include safe anchorages and take advantage of currents that can exceed 5 knots in places.

Some highlights of the cruise were: 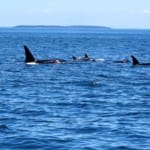 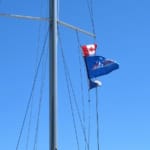 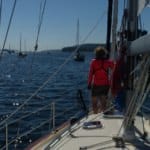 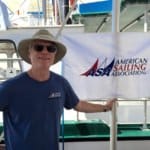 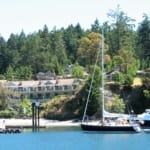 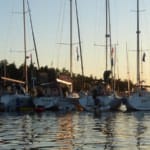 Rafting Up At Anchor 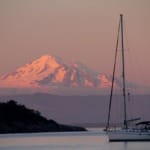 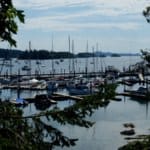 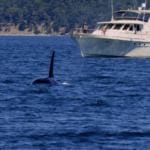 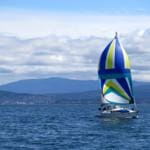 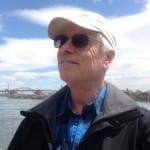 Capt. Roger Philips is a USCG licensed captain and was twice named ASA Outstanding Instructor of the year. He is a former Boat US/Vessel Assist captain and has been leading cruises and flotillas for many years. He currently teaches at Newport Beach Sailing School