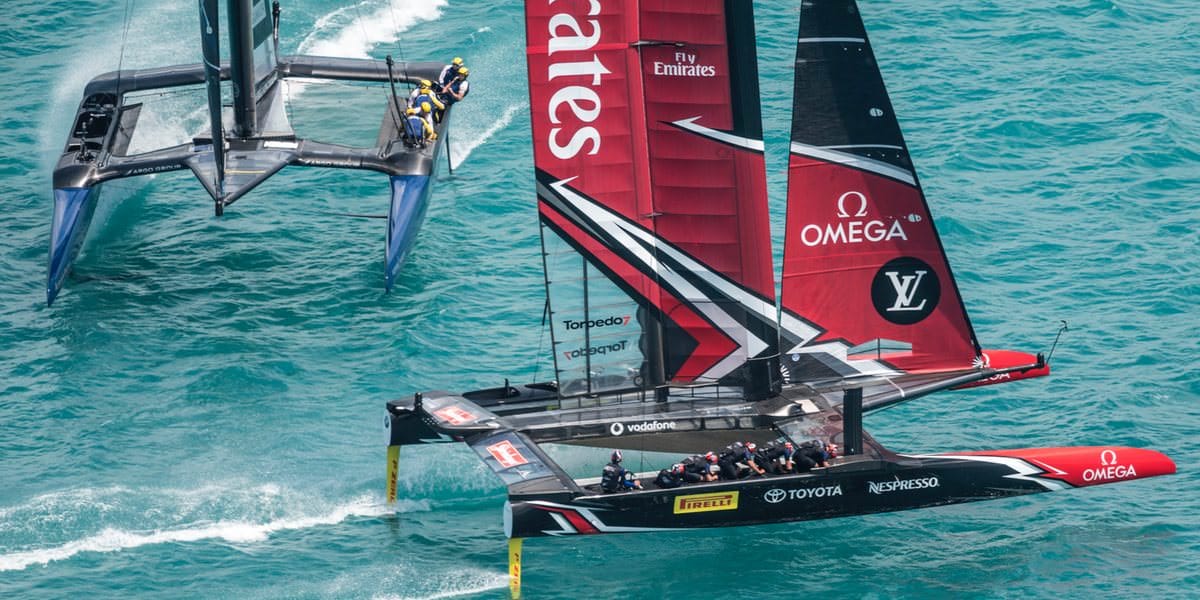 Your humble author was bellied up to the bar at 10 a.m. Saturday to watch the first America’s Cup races live from Bermuda – more specifically, the Louis Vuitton America’s Cup Qualifiers, which precedes the actual final America’s Cup races. To my left, a group of skeptics talked before the first race about how lame it was and how little it resembled “real” sailboat racing. To my right were a few guys who were definitely marveling over the technology before them.

The first race was USA Team Oracle, the Defender of the Cup, sailing against the French team. The U.S. got out of the gate quickly and dominated the 6-leg course to the end.

“God, this is boring,” one of the skeptics said knowing no one could disagree.

But later in the event things got more interesting with boats falling off their foils and seemingly untouchable leads fading away in one leg. It became evident that finding breeze in boats like this could change the dynamic instantly and small errors can be massive.

Here’s a list that argues for the current America’s Cup configuration. It will no doubt spur much disagreement and the list against will write itself in the comments!

For all the coverage visit americascup.com