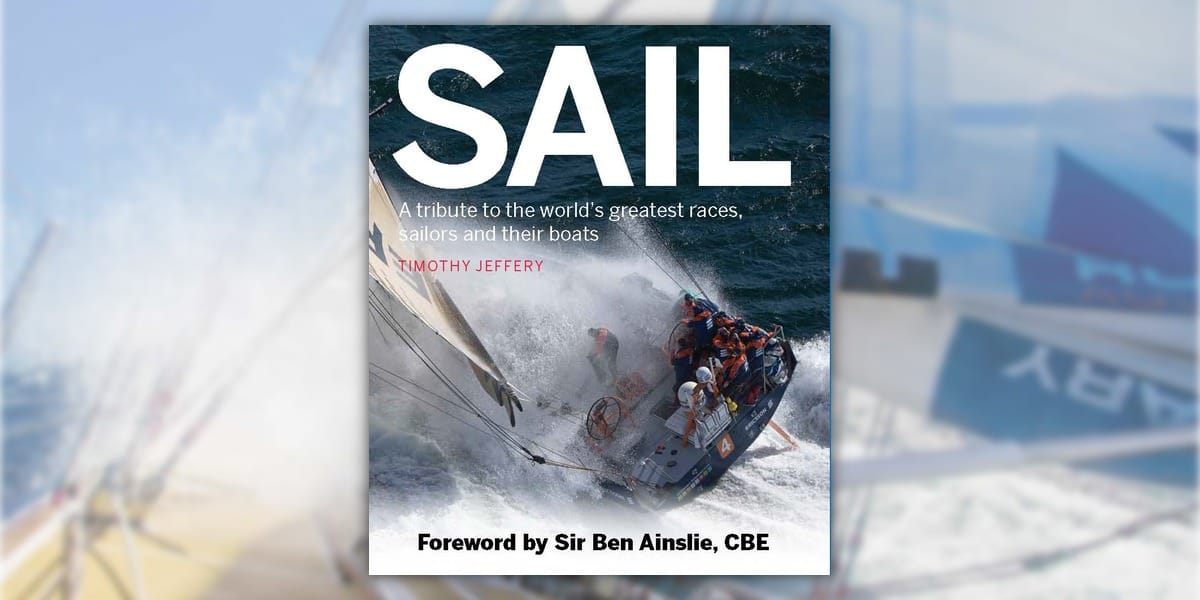 SAIL: A tribute to the world’s greatest races, sailors and their boats
by TIMOTHY JEFFERY

If you like racing sailboats, then you will not find a better written or more beautiful book, Period. Jeffery’s has done a superb job researching and describing the great races around the world. Plus, the photos are fabulous which make this a unique book that will be a classic on any serious racer’s book shelf, as well as an inspiration to those just starting.

Jeffery’s begins his book SAIL with the pinnacles of racing, the America’s Cup and the Olympic Regattas. He then covers all the offshore races, round-the-world races, and even prominent coastal and inshore races. Complete descriptions of the races with maps and phenomenal photos of competitors and famous moments – both triumph and tragedy. The facts and history of the races are presented and the excitement and the challenges of competing are brought to life. At many times you feel you’re part of the race.

The Race Section is then followed by The Sailors Section which contains short biographies of twenty-four of the most famous sailors. Thorough background research created intriguing information, and pictures and quotes are used to complement each story.

“That’s the great thing about sport and in life, that, you know, if it’s not over, if they haven’t handed the trophy over, you still have a shot.”
A quote by James Spithill, the youngest America’s Cup winning skipper.

The final section of SAIL is on the racing boats, and there are a lot of them. Different chapters cover the Olympic boats, centerboard boats, keelboats, yachts, and multihulls over the years. Each highlighted boat has a detailed sketch, design specifics, and a brief history. Truly an encyclopedia of racing boats.

“One has not won, if, in the process of winning, one has lost the respect of one’s competitors.”
Paul Elvstrom, four-time Olympic gold medalist

Timothy Jeffery resume includes over 200,000 miles of sailing and he has written many books. At one time, he was the Racing Editor for Yachting World, and over the years he has covered five Olympic Summer Games, 11 America’s Cups, and 7 Whitbread/Volvo Ocean Races. He is an aficionado of the sport and it is quite evident.