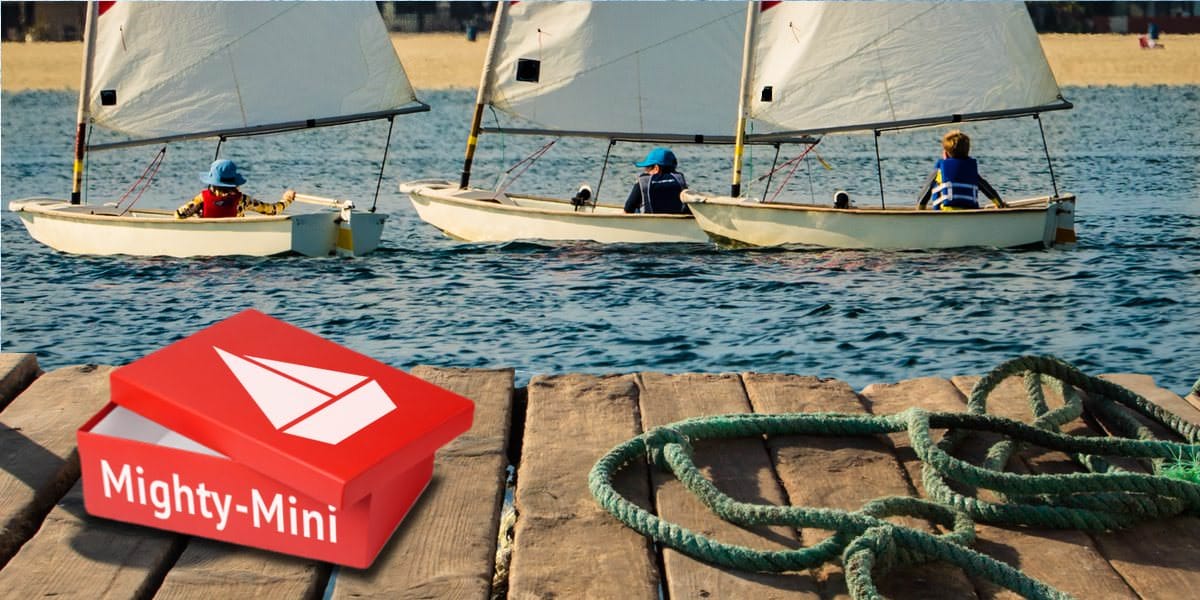 According to a press release recently received at ASA, a Canadian boatbuilding company in Halifax — Barium Boatbuilding, Ltd. — has just announced the ultimate in portable dinghy design. Called the “Mighty-Mini” (they’re searching for a better name), the dinghy is shipped in a container roughly the side of a man’s shoebox.

“We have been working on this design for quite a while,” said Barium’s senior designer, Mr. Lirpa Loof. “As you can imagine, it’s quite an accomplishment to get a 12’ dinghy, complete with mast, sail, rigging, keel, rudder and PFDs in a package this small.”

Deployment is simplicity itself — the dinghy is ‘launched’ by throwing the package into the water, at least 13’ away. As the little sailboat is essentially ‘freeze-dried’, it virtually explodes from the size of a football to full size in about two seconds.

“Naturally, we had some challenges to overcome,” said Mr. Loof. “At first, when the package hit the water, the mast, mainsail and rigging poked out the bottom of the hull instead of where it should be. This was a big problem, especially in shallow water.”

The only remaining issue — one Barium really hasn’t a clue on how to resolve — is how to stow the dinghy once it’s been ‘reconstituted’. “You can’t put the chicken back into the egg. But we’re working on it, and you never know with these Canadian boatbuilders — they’re quite resourceful,” concluded Loof.

Barium will demonstrate the boat at the Annapolis Sailboat Show in October. They plan to bring along many samples, and give them away to viewers after each demo. “It’ll be a challenge to get them on an airliner for the trip home,” admitted Loof, “…but they don’t weigh much, so maybe that will help?”

Thanks to Michael Pandzik for the tip